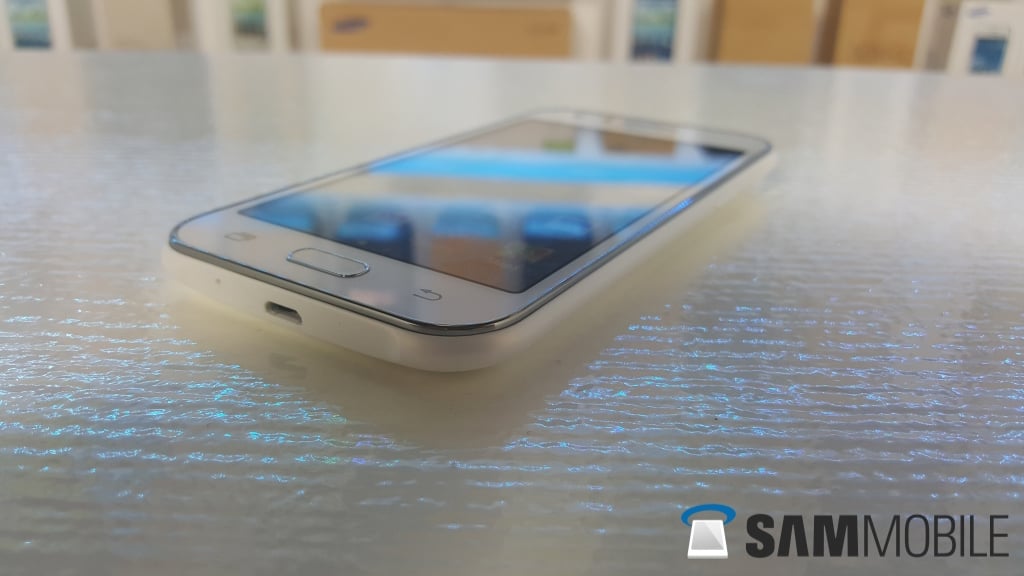 Samsung’s first smartphone in the Galaxy J series is the Galaxy J1, it was launched earlier this year and so far the handset has been released in a few markets across the globe. It happens to be the cheapest 4G LTE Android-powered smartphone from Samsung and price is one of the biggest reasons why this handset is so appealing to some customers. The Galaxy J1 appears to be done particularly well in the United Kingdom.

An image has been leaked online today which shows stock update for Three UK employees, the image reveals that the Galaxy J1 is still “heavily constrained” as the retailer waits for more shipments from Samsung. The Galaxy J1 is reportedly in sharp demand partly because it’s available for as low as £8 per month on contract or £59.99 unlocked. Even though the price is compelling enough this may not be the budget smartphone that you’re looking for, with its 4.3-inch WVGA LCD display, Cortex-A7 processor, 512MB RAM, 4GB storage with microSD card support and 5-megapixel rear camera. The handset runs Android 4.4 KitKat.

We reported about a month ago that Samsung is working on a successor to the Galaxy J1 which it might introduce as the Galaxy J1 Pop in select markets such as Russia, Brazil and India. It was later reported that the Pop might actually come to market as the Galaxy J1 Ace and while back […]