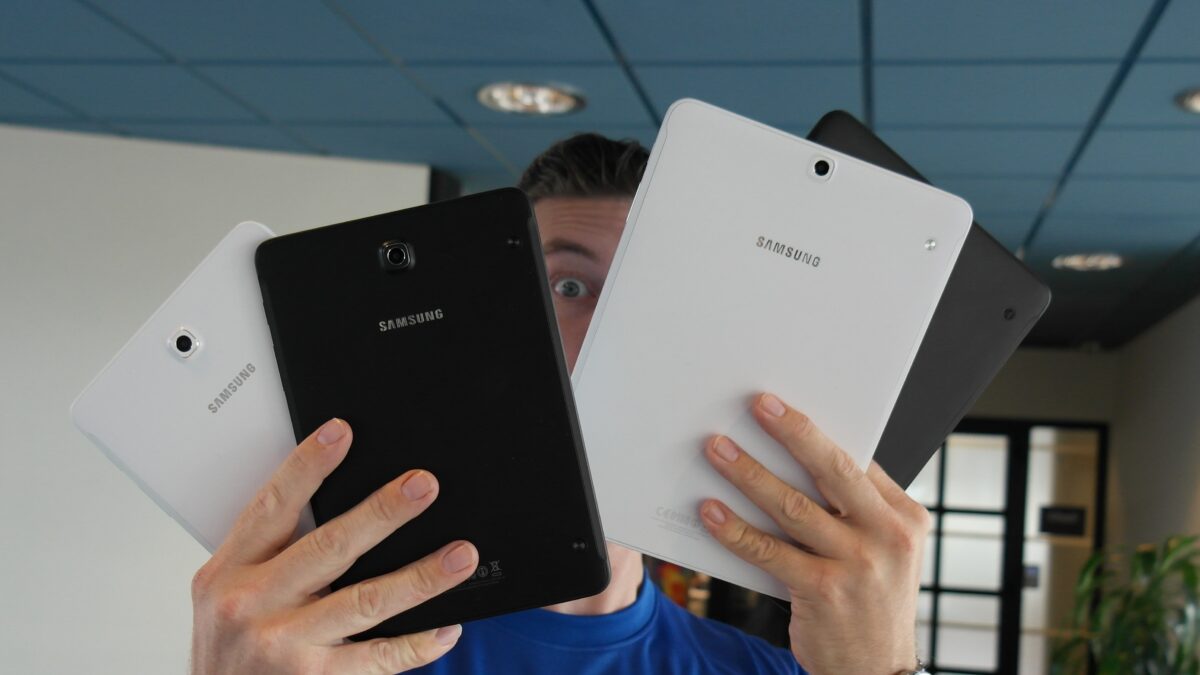 Samsung just announced its thinnest tablet yet in the form of the Galaxy Tab S2, and we were able to go hands-on with the device thanks to Samsung Netherlands. The Tab S2 doesn’t exactly have tough shoes to fill – the original Galaxy Tab S had an amazing Super AMOLED display, but a weak processor ruined the most important part of the experience, which is the software. 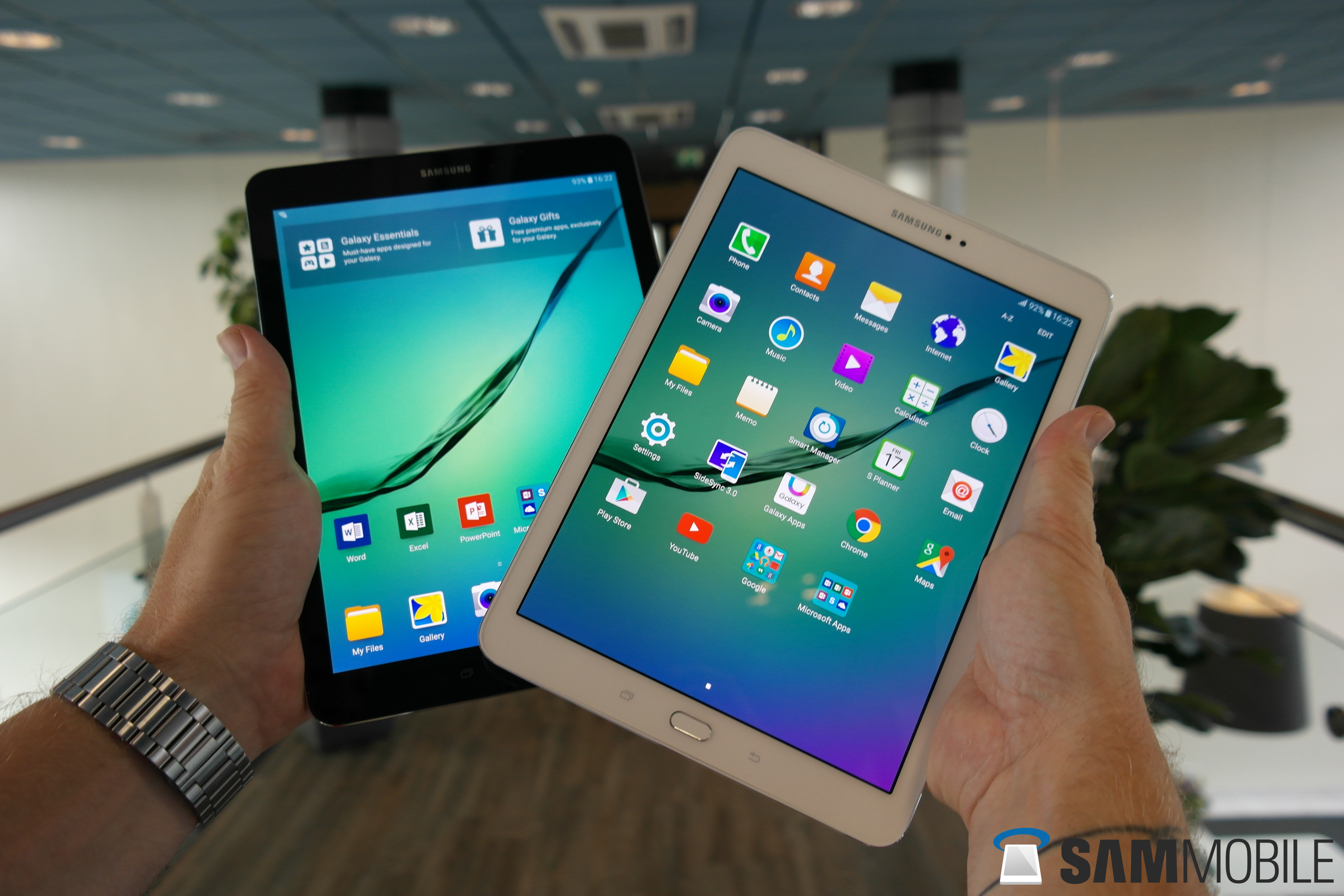 This time around, Samsung is fixing that by putting in the Exynos 5433 from the Galaxy Note 4 in the Galaxy Tab S2. It’s not the latest chipset but is still powerful enough to drive the 2048×1536 display. In our hands-on time, the Tab S2 felt extremely fast and smooth despite being a non-final unit. Android 5.0.2 with the Galaxy S6 version of TouchWiz (this is 5.0.2, but it includes features like multi user support and alphabetical sorting in the app drawer) no doubt helped the tablet perform well, and we can only imagine how good the experience will be on the retail units. As had been officially confirmed by Samsung, a lot of Microsoft apps are installed out of the box, and users will get 100 GB of free OneDrive storage for two years. 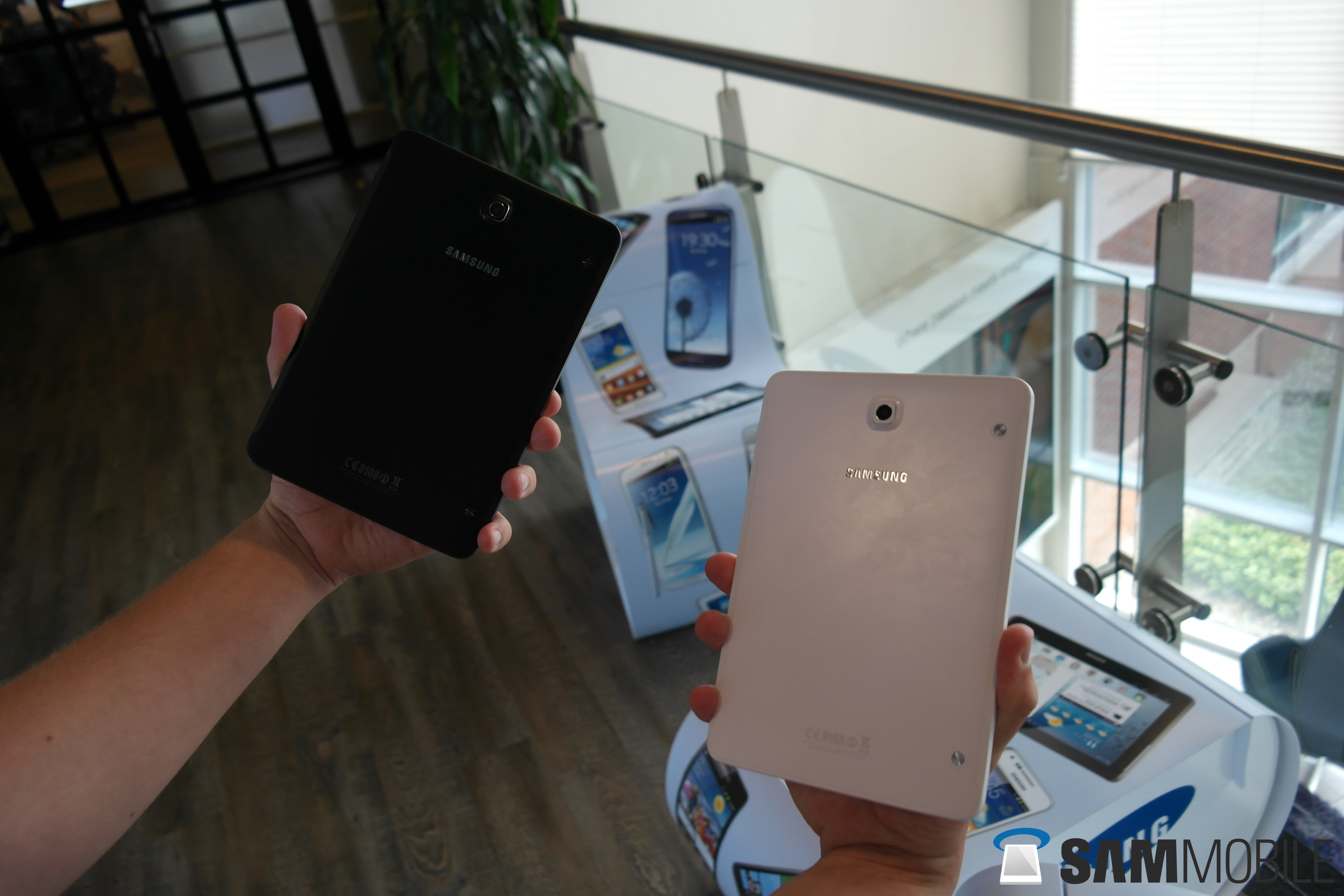 In terms of design, the Tab S2 feels quite premium and solid in the hands thanks to the metal frame around the sides, which is similar to the metal seen on the Galaxy A lineup. The back isn’t metal but is made of soft plastic like the original Tab S, so you won’t ever feel like you aren’t getting your money’s worth when it comes to the feel of the entire construction. The thinness is noticeable as well, and also adding to the charm is the Super AMOLED display. Vivid, punchy colors and deep blacks are all present here, with a couple of display modes built-in to allow users to tune the display to their liking (very useful for those who like muted, more lifelike colors.) 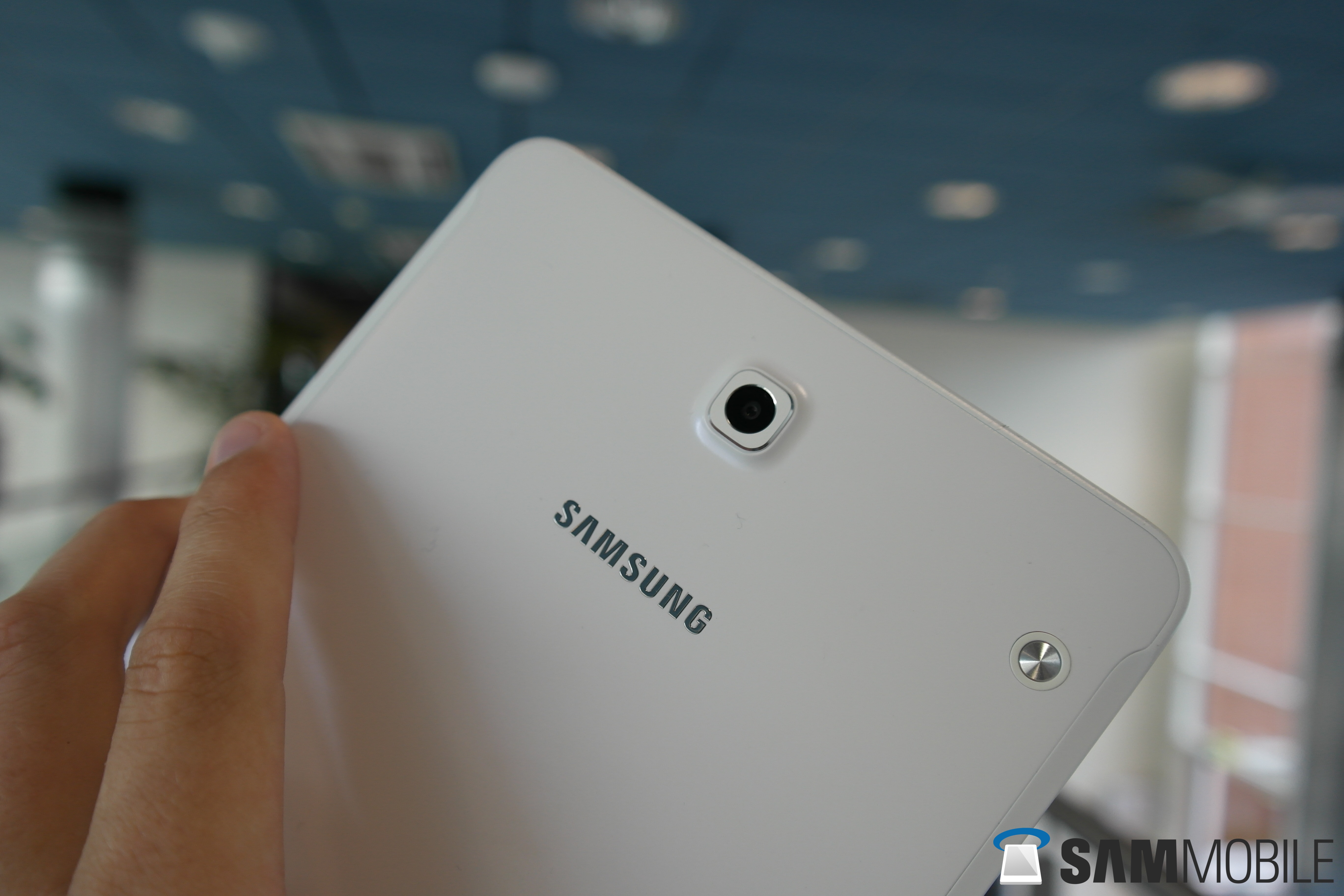 Most, if not all, users shouldn’t feel the need to change the display mode, as the Super AMOLED screen is still the best thing out there for devices with such large displays. But those that prefer using their tablets for video viewing will be disappointed by the 4:3 aspect ratio of the display, but think of any other use case and the aspect ratio won’t present any problem. 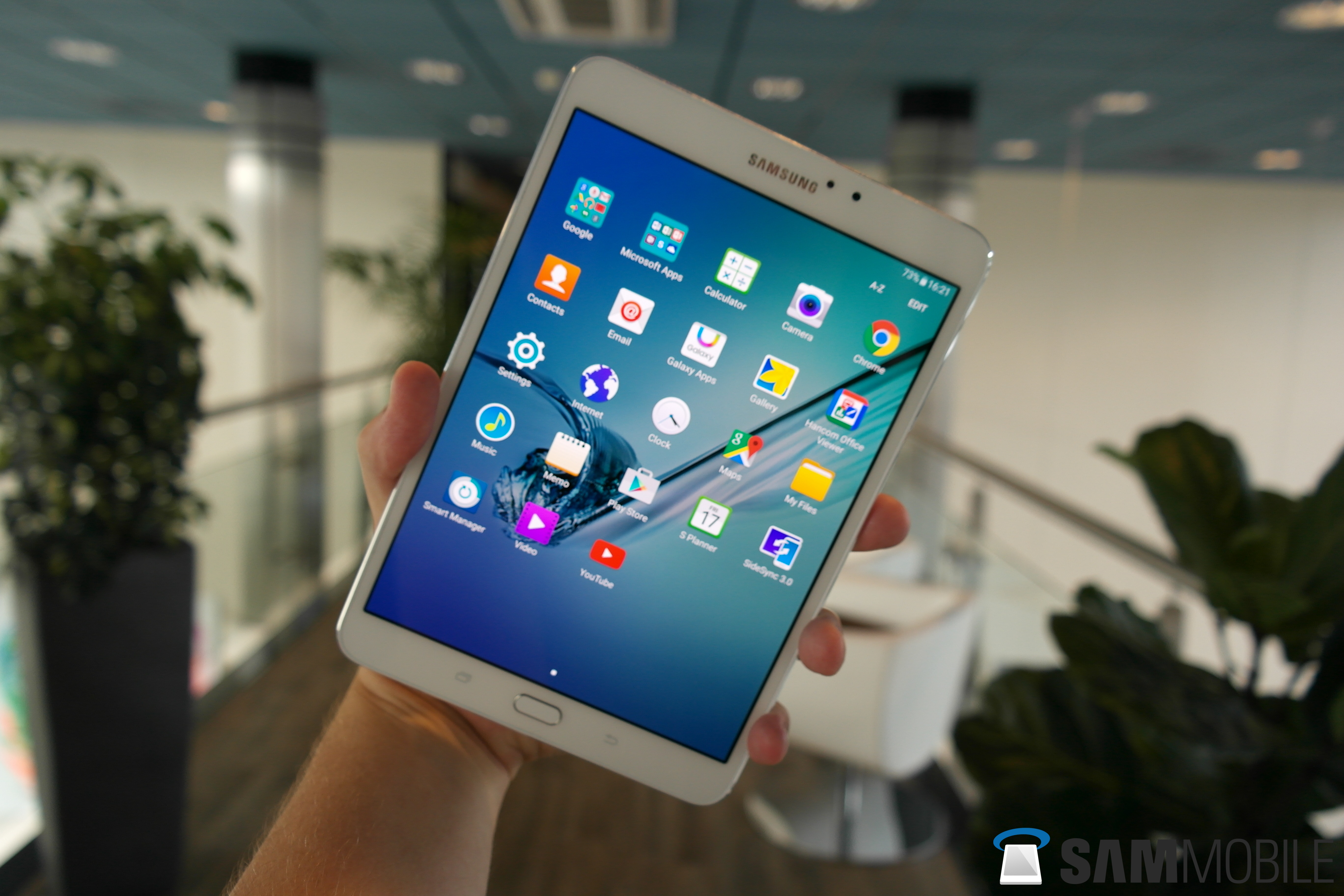 The Galaxy Tab S2 isn’t exactly a big upgrade over the Galaxy Tab S when you look at overall specs, but it’s still going to command a good position in a market dominated by cheap tablets in Apple’s iPads. Again, the high quality of the Super AMOLED display overcomes everything else, and it is what is going to help sell the Tab S2 to consumers. But the tablet market isn’t exactly very interesting at this point, and we will surely be waiting for those oft-rumored Samsung tablets with flexible and foldable designs to freshen things up.

Update: Here are the suggested retail prices for the Galaxy Tab S2 9.7 and 8.0: 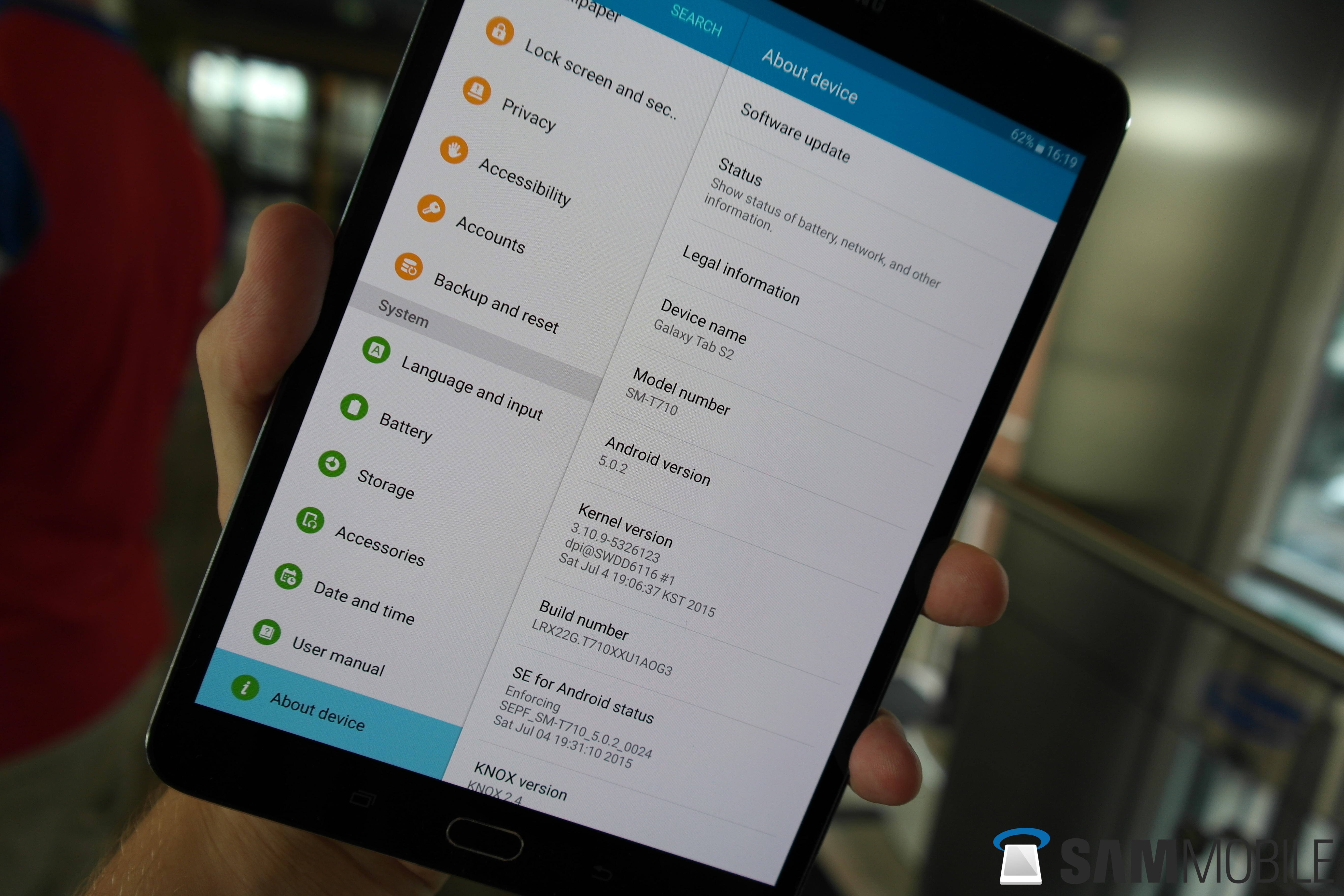 We will be doing a full review of the Galaxy Tab S2 (both 8.0 and 9.7-inch variants) in the coming weeks, so stay tuned. In the meantime, let us know what you think of Samsung’s latest and greatest high-end tablet! 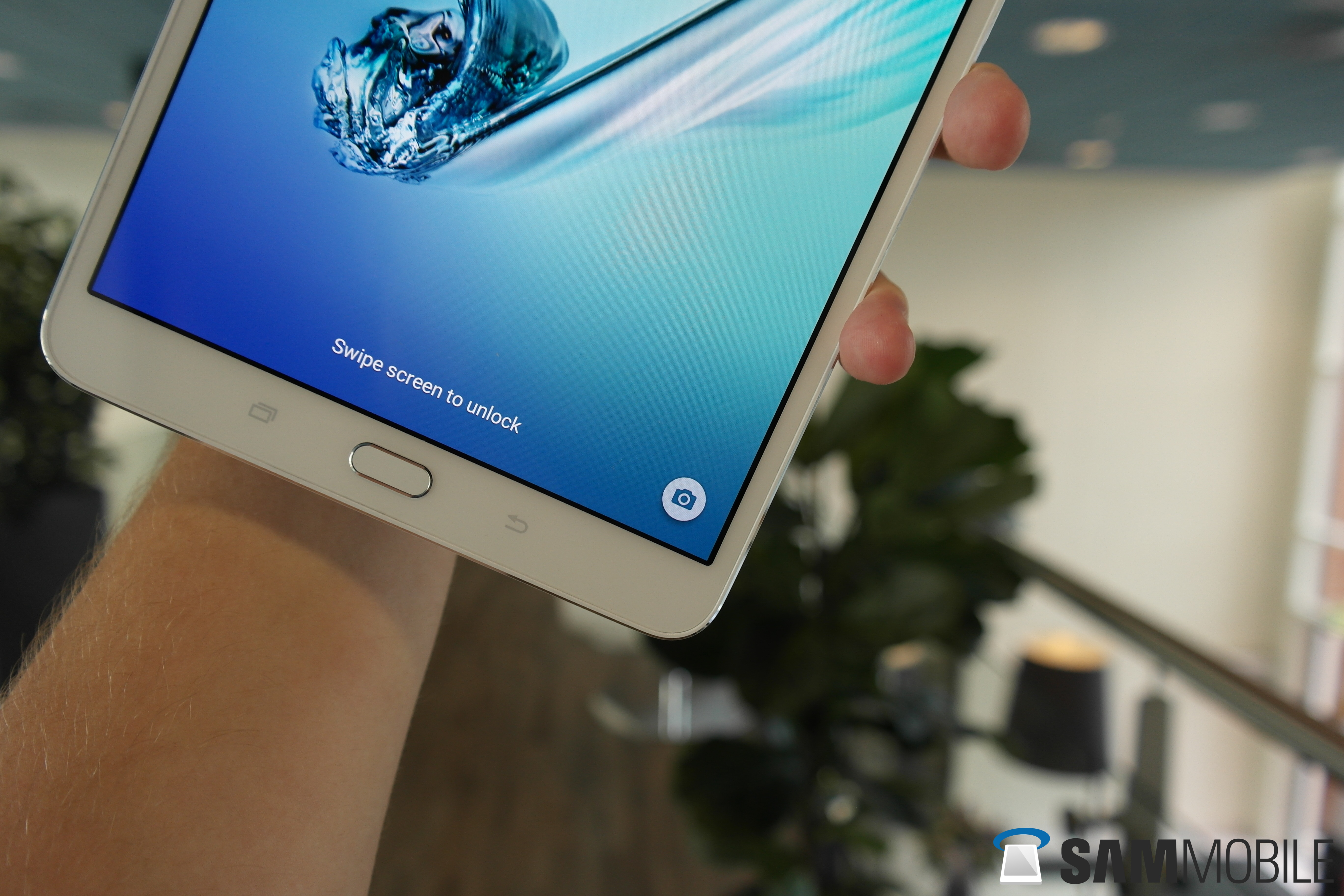 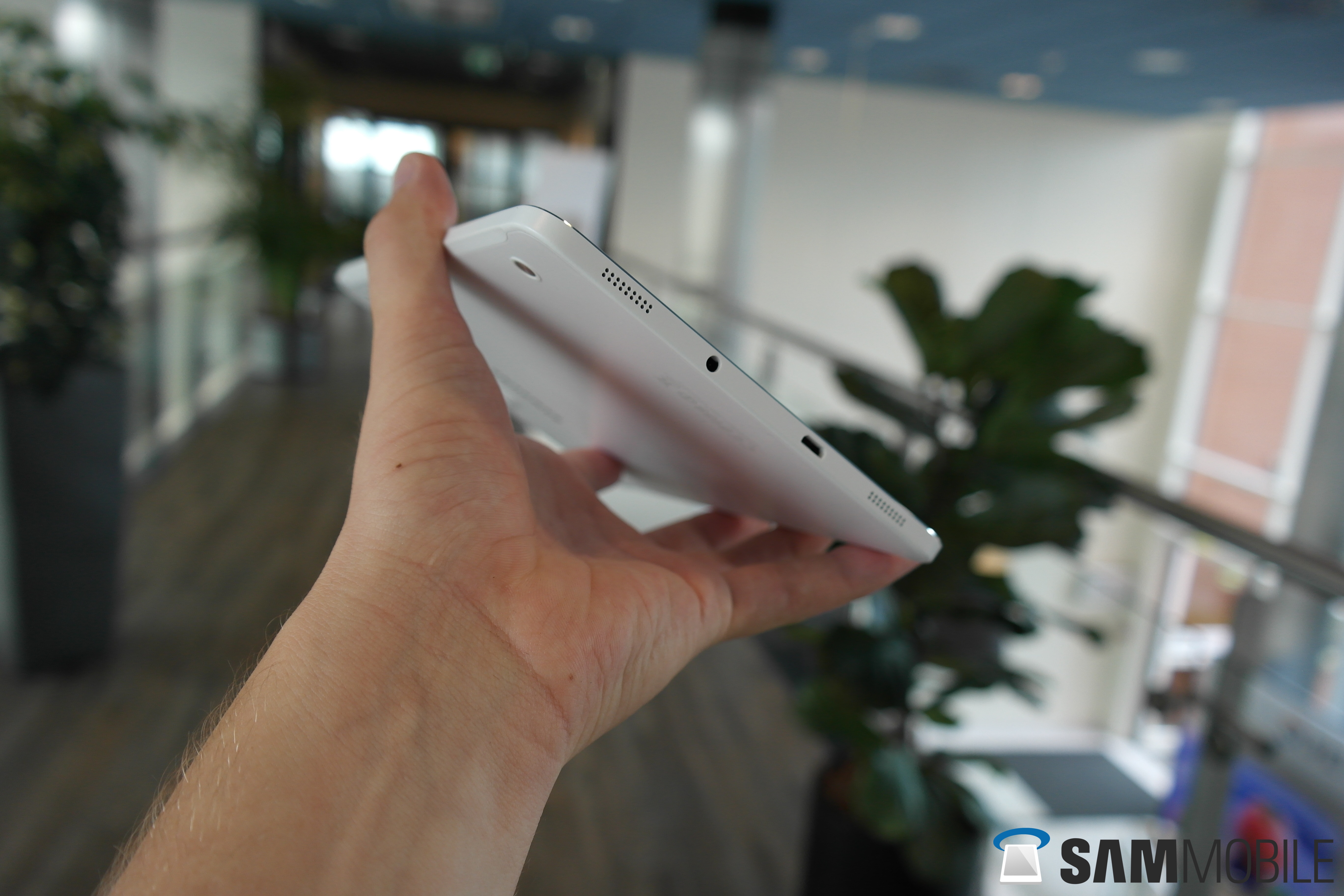 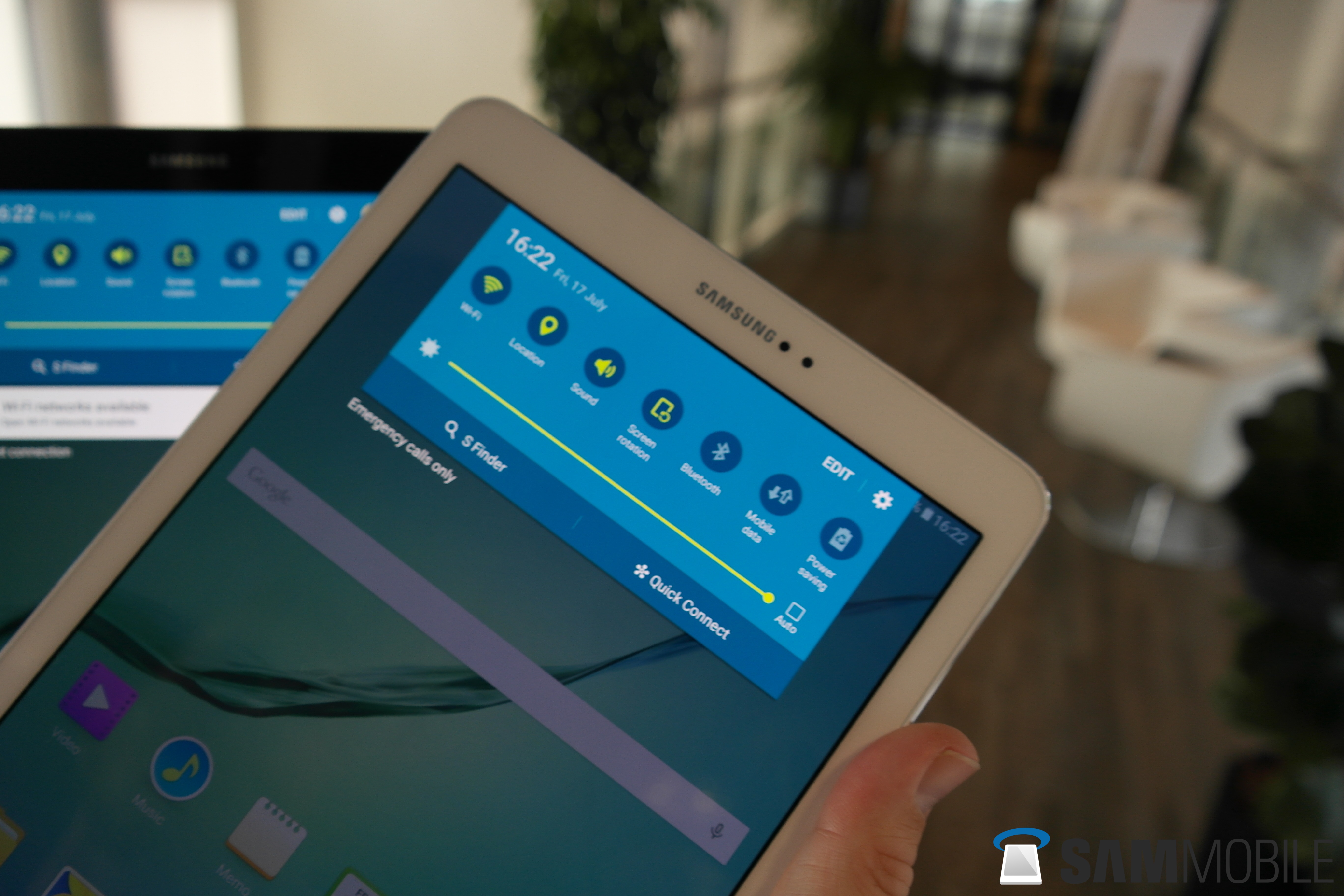 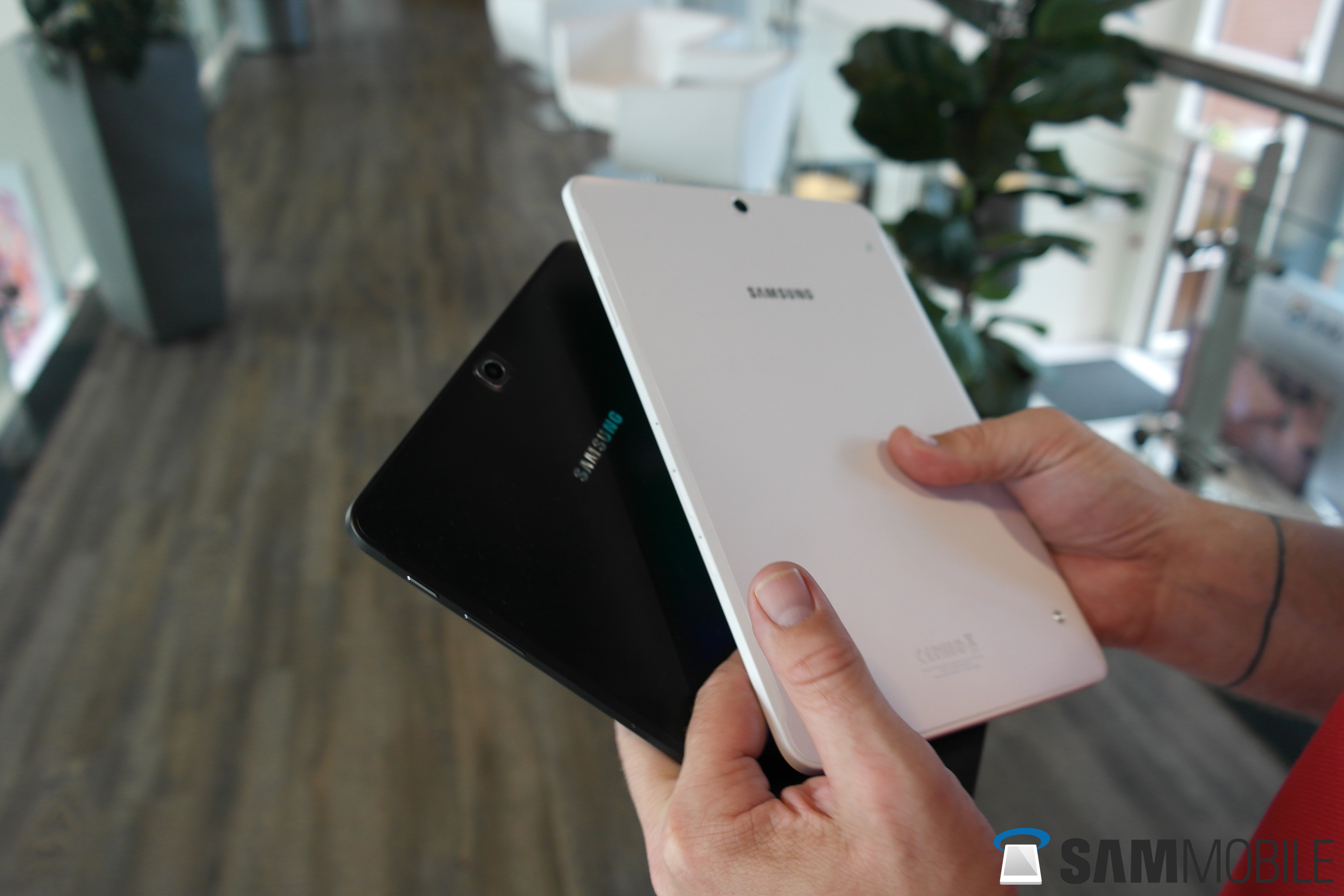 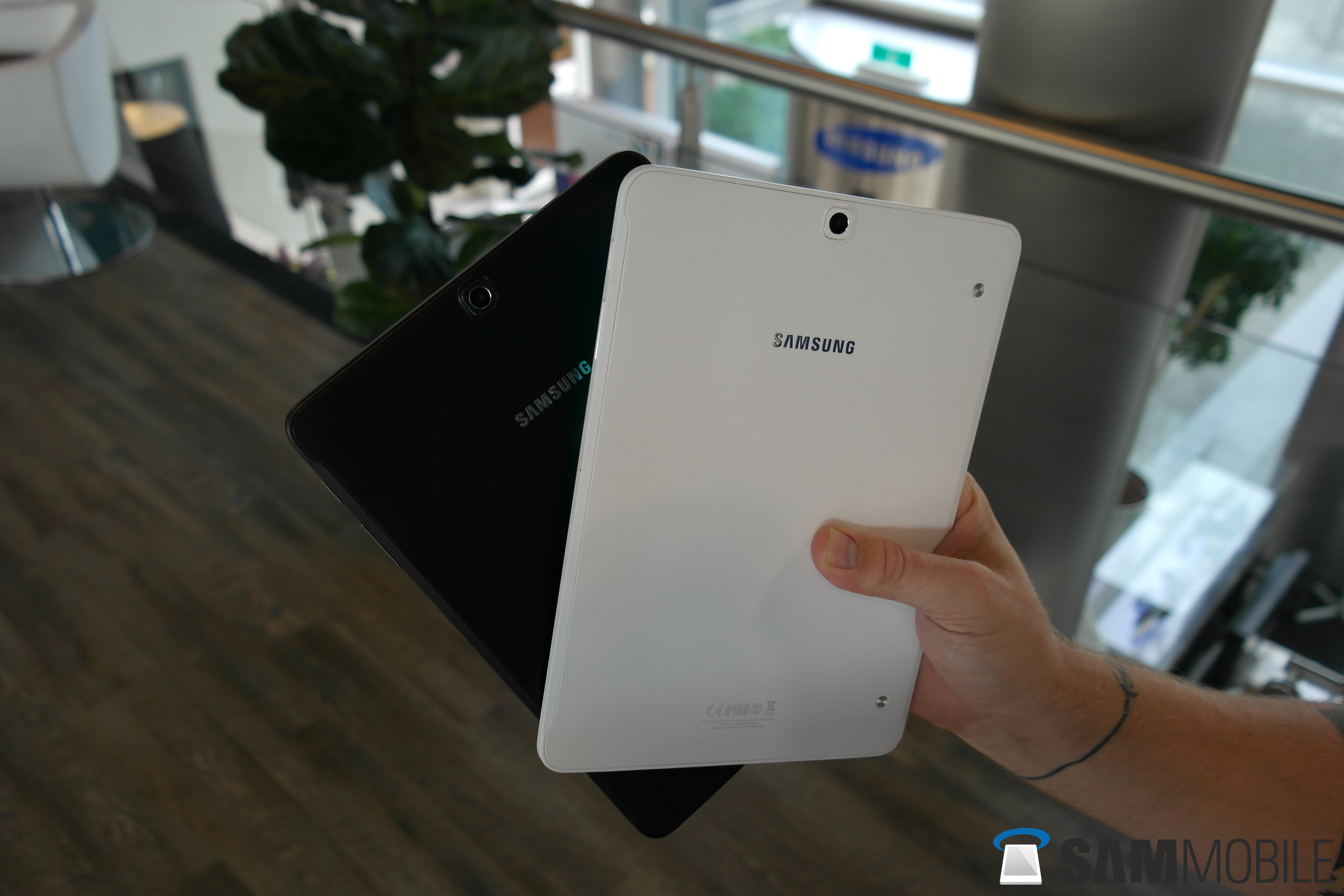 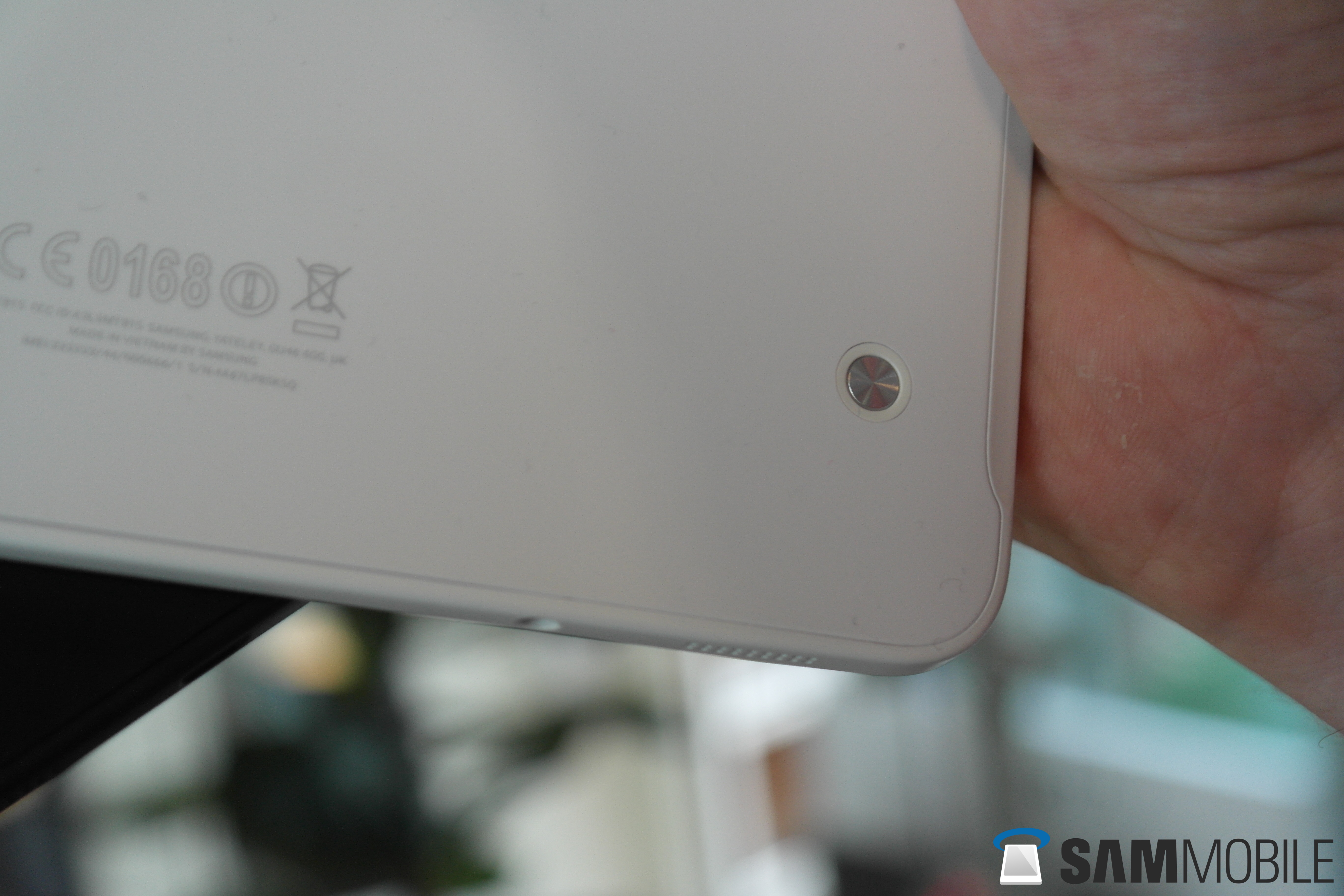 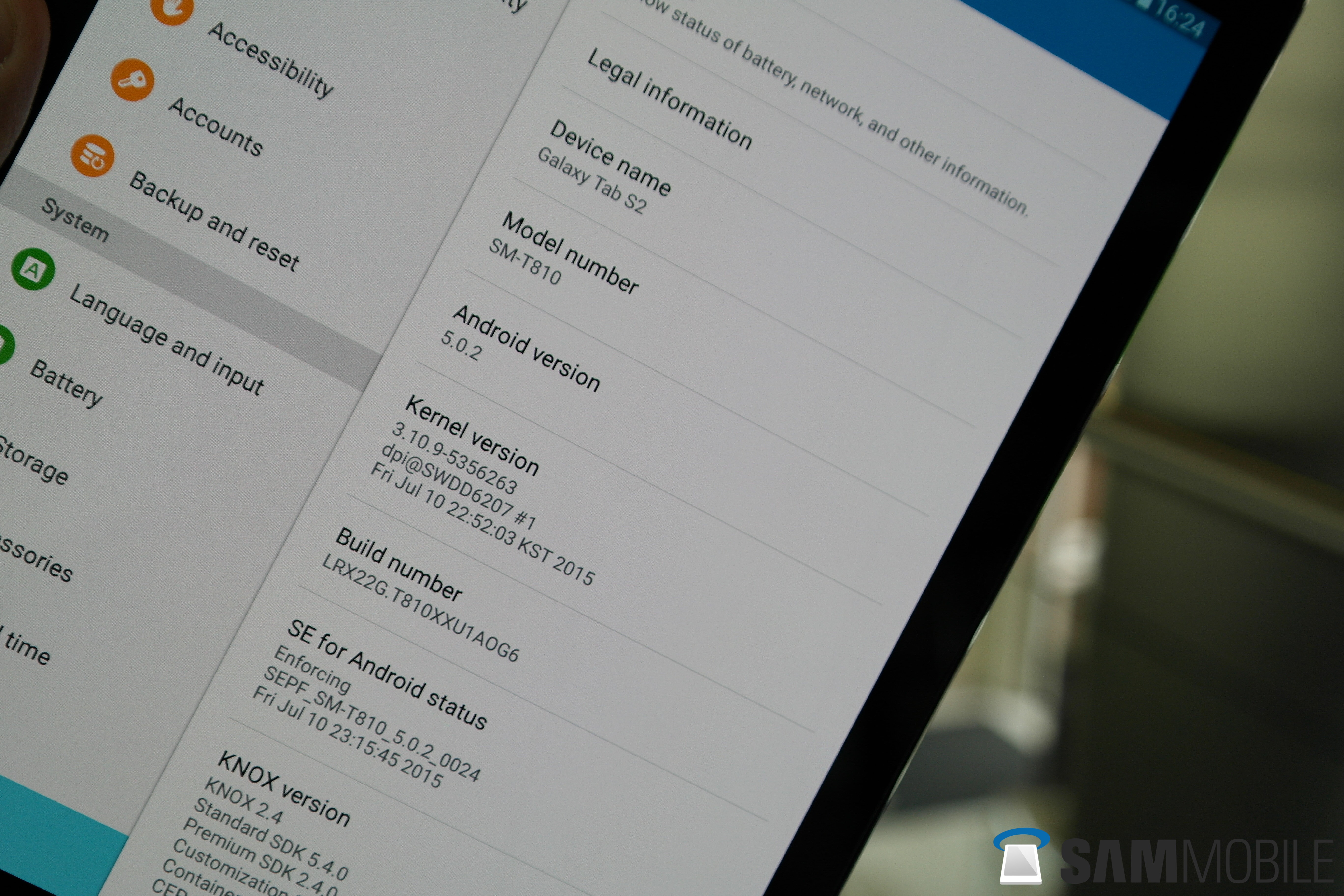