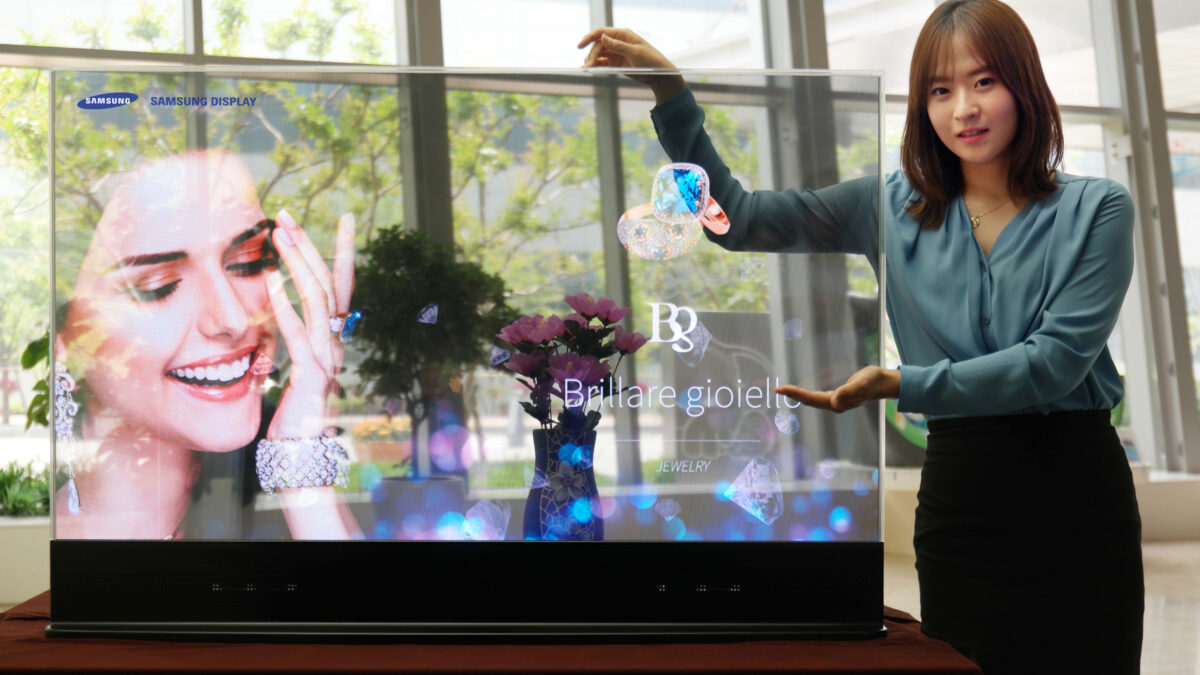 Samsung showed off the industry’s first Mirror and Transparent OLED display panels last month at the Retail Asia Expo 2015 in Hong Kong during a showcase for informational browsing and personalized shopping. The company showed off this technology as a proof of concept which puts these products in retail environments that incorporate advanced commercial OLED panels for the first time. Samsung didn’t reveal last month when this technology would come to market but it appears that the company might start mass producing Mirror and Transparent OLED display panels later this year.

A report published today claims that the Chow Sang Sang Group, which operates large jewelry stores in Hong Kong and Macao, is going to introduce commercial displays in its stores that are powered by Samsung’s Mirror and Transparent OLED displays. The group runs some 190 stores across Hong Kong and China. Since Samsung has secured clients beforehand it’s reportedly moving up production of these OLED panels, with the first customer being a global digital marketing agency called Mirum which is going to sell commercial displays based on this technology under the moniker “Magic Mirror 2.0.”

Samsung’s Mirror OLED display has 75% reflectance which is quite similar to conventional mirrors while also being able to provide digital information services in the same space, for example in a jewelry store customers will be able to see themselves virtually wearing a particular piece without actually having to put it on, this augmented program will run on the Mirror OLED displays when Samsung’s Media Player is integrated with Intel’s Real Sense technology.