The dual SIM variant of the Galaxy S6 might not be available in more than a small handful of regions around the world, but Samsung isn’t leaving it behind when it comes to the Android 5.1.1 update. The Galaxy S6 Duos has begun receiving Android 5.1.1 over the air in Dubai, with the update bringing the same new features and changes as the update for the single SIM Galaxy S6 (and Galaxy S6 edge).

That includes the usual 5.1.1 improvements, with updates to security and performance, some UI changes such as the option to remove the Quick Connect and S Finder toggles from the notification shade and a wallpaper parallax effect, and support for camera features like shutter speed control and lower ISO values (though you will need to use a third-party camera app to take advantage.)

The update can be downloaded over the air and through Samsung Kies; if the OTA doesn’t show up for you, you can head into the Settings » About device » Software updates menu and hit the Check now button to hurry the process up. 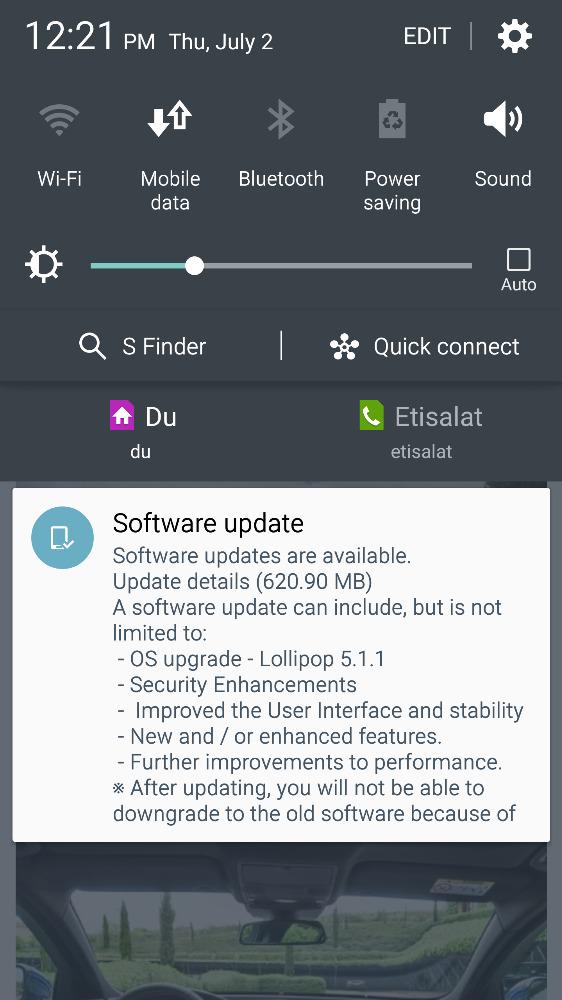