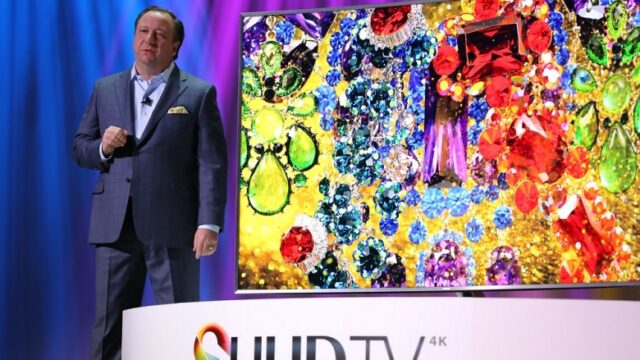 Samsung has signed a MOU with Pearl TV which is a partnership of nine major TV broadcast companies in the United States as well as with Sinclair Broadcast Group for the purpose of collaborating on the implementation of Advanced Television Systems Committee (ATSC) 3.0 in the country. Sinclair Group is one of the largest TV station operators in the US as it’s affiliated with over 300 TV channels whereas Pearl TV is comprised of over 170 network-affiliated TV stations.

ATSC 3.0 is a new standard developed by the committee for transmission of digital television over cable, satellite and terrestrial networks. It boasts a faster transmission speed than European digital video broadcasting (DVB) or Japan’s internet services digital broadcasting systems (ISDB). It enables mult-channel broadcasting through a variety of signals and formats. Samsung and Sinclair’s joint-venture technology partner One Media jointly proposed UHD TV transmission technology as the interim standard for the ATSC 3.0 which has now been chosen. Samsung developed the MPEG media transport technology (MMT) which is based on internet protocol technology, it has been picked up as the next digital broadcast standard for the United States and Japan.