The Galaxy S6 edge is the most cutting-edge smartphone on the market today, at least when you consider its specs on paper and look at its beautiful curved design. I’ve been using the Galaxy S6 edge (and so have my mates here at SamMobile) since the day it went up for sale, and from the moment I fired it up for the first time, it was clear I was in for the nicest flagship experience Samsung has ever offered.

But after a month or so of regular usage, how has the phone held up? Read on to find out.

It was true when it was first announced, and it’s true today: The Galaxy S6 edge is a dream come true for those who find a phone’s design to be one of its most important features. The way the screen curves to each side is amazingly attractive, and also impressive is the way light bounces off its glass back. This thing just screams premium like no other Samsung phone that has been released in the company’s history. 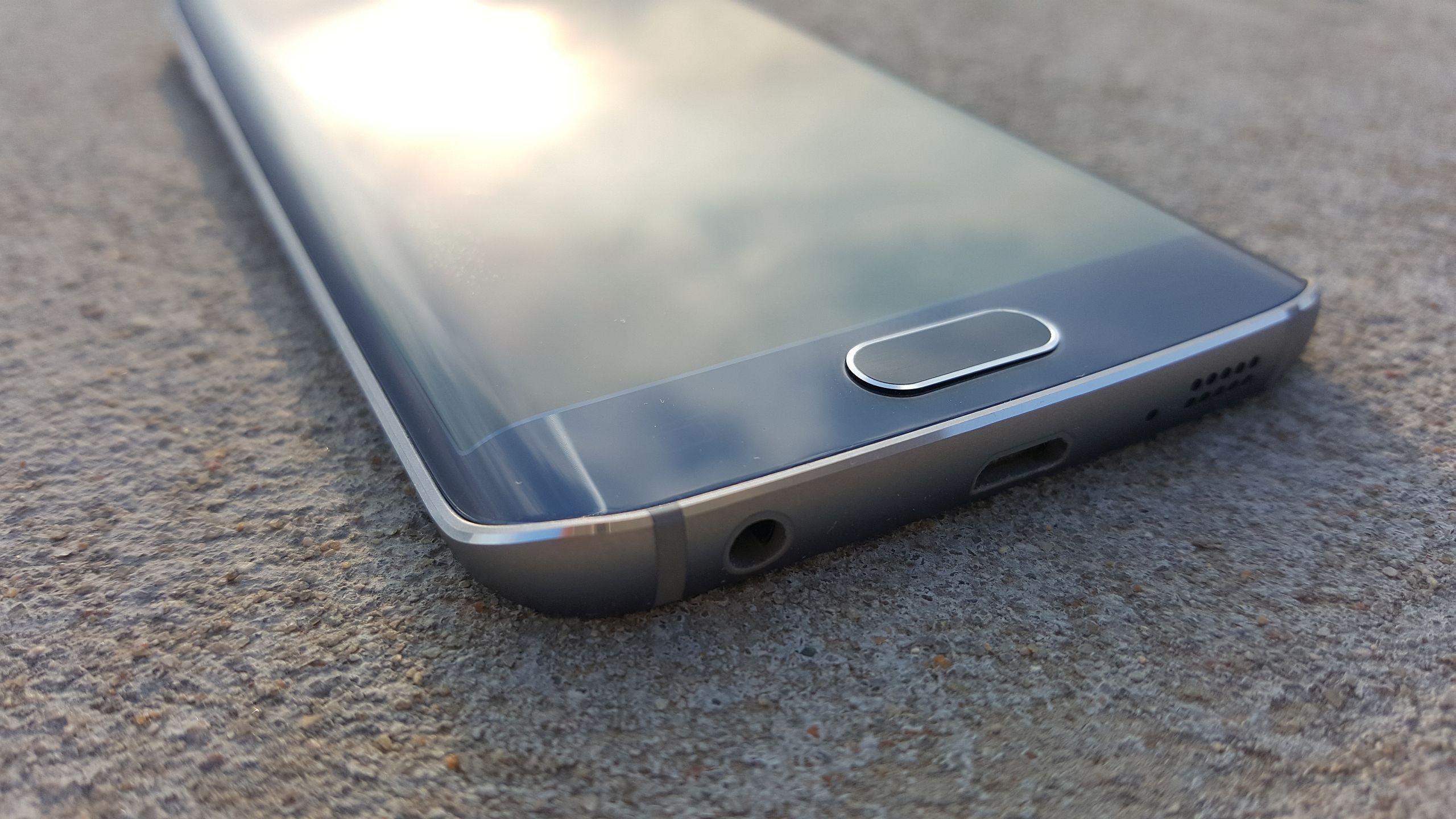 But the premium design also introduces a multitude of issues that the plastic-y Samsung phones before the S6 edge didn’t suffer from. The glass on the back is extremely slippery and makes one-hand usage a scary affair, constantly evoking a fear of dropping the phone (though the small size means it’s not as bad as bigger phones that come with a metal or glass body.) Also, since the display curves towards the back, the sides are extremely thin and make picking the phone up a difficult task when it is lying flat on a desk.

All things considered though, the Galaxy S6 edge has a design that’s utterly futuristic and as premium as it can get. Ergonomics are an issue, and so is the fact that the unibody design leaves no room for a removable battery, but the Galaxy S6 edge is the first Samsung device in what seems like ages that feels and looks like a flagship phone should. 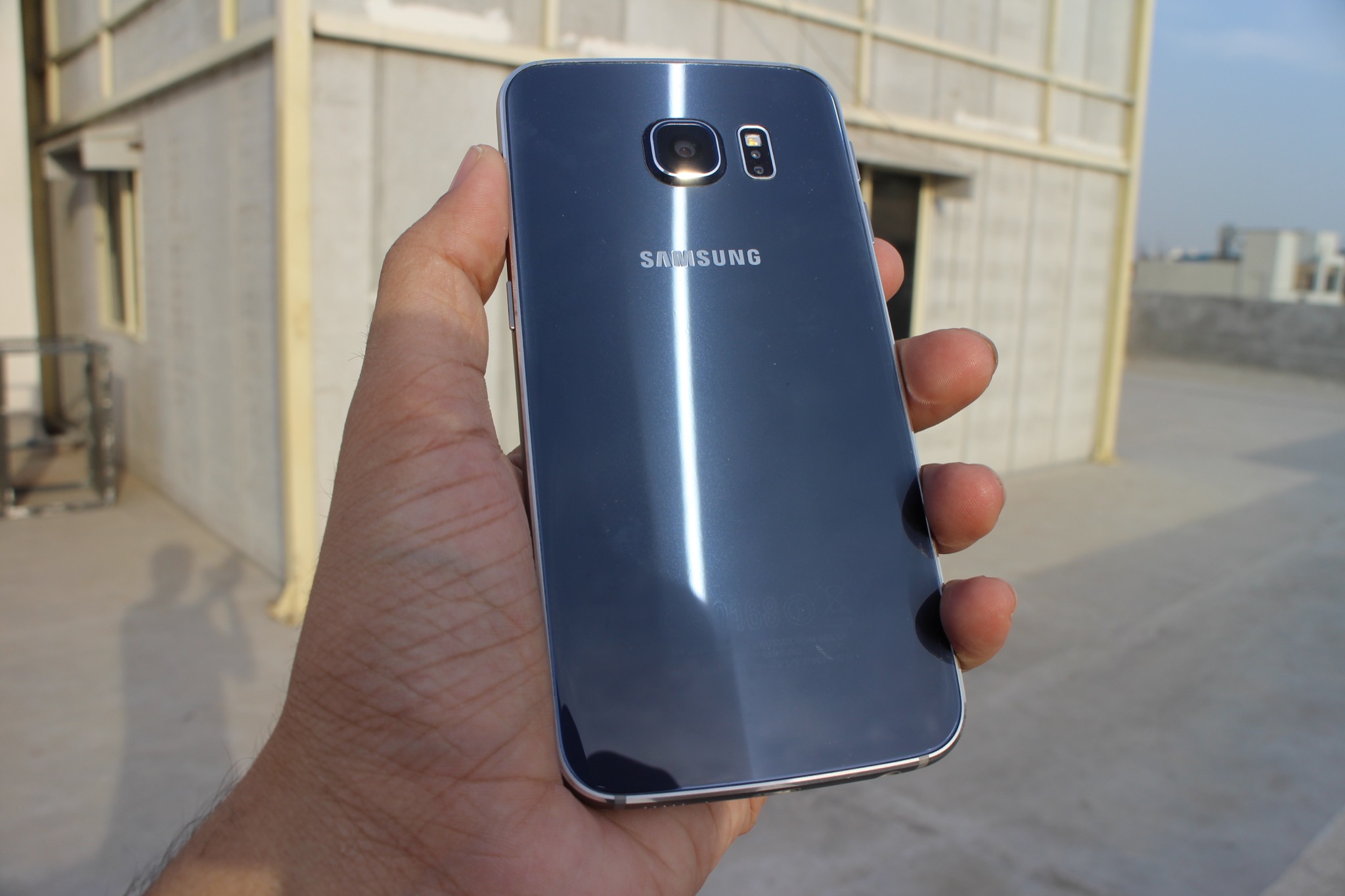 Like the design, the display on the Galaxy S6 edge is perhaps the best in the industry. It’s a Super AMOLED screen of Quad HD resolution, and it’s incredibly sharp, bright, and vivid. The display doesn’t get as bright as I would like under direct sunlight, but legibility isn’t otherwise an issue. Overall, the Galaxy S6 edge offers the pinnacle of display technology, and it remains to be seen how things can get better in the future.

As for that Edge screen, well, I have had all of its features turned off from the second day. I did activate the night clock feature a couple of times, but the battery life, which I’ll talk about down below, made me disable everything for the most part. Furthermore, the Edge features aren’t exactly too useful anyway, especially when you compare them to what was available on the Galaxy Note Edge, but that’s not surprising as the curves aren’t very huge on this thing.

The 16-megapixel camera on the Galaxy S6 edge (and the regular S6) has all the right ingredients to make a great shooter (f1.9 aperture, optical image stabilization, high megapixel count), and it doesn’t disappoint in practice. Photos taken in daylight come out incredibly sharp, noise-free and with the right color. See that photo up top? That was taken with a Galaxy S6 edge, and most would be unable to tell it was not taken with a professional camera. The camera is extremely good at focusing as well.

In low-light conditions, the camera performs great, with the low aperture value helping it grab more light than cameras on other flagships. The camera is also very quick to shoot photos in poor lighting conditions, fixing what was a huge issue on Samsung flagships in the past. Speaking of quickness, the camera app loads up in under two seconds most of the time, as its process is always active in the background. Also, the fact that the home button can be double pressed from anywhere – even when the phone is sleeping – to launch the camera makes sure you never miss important moments. 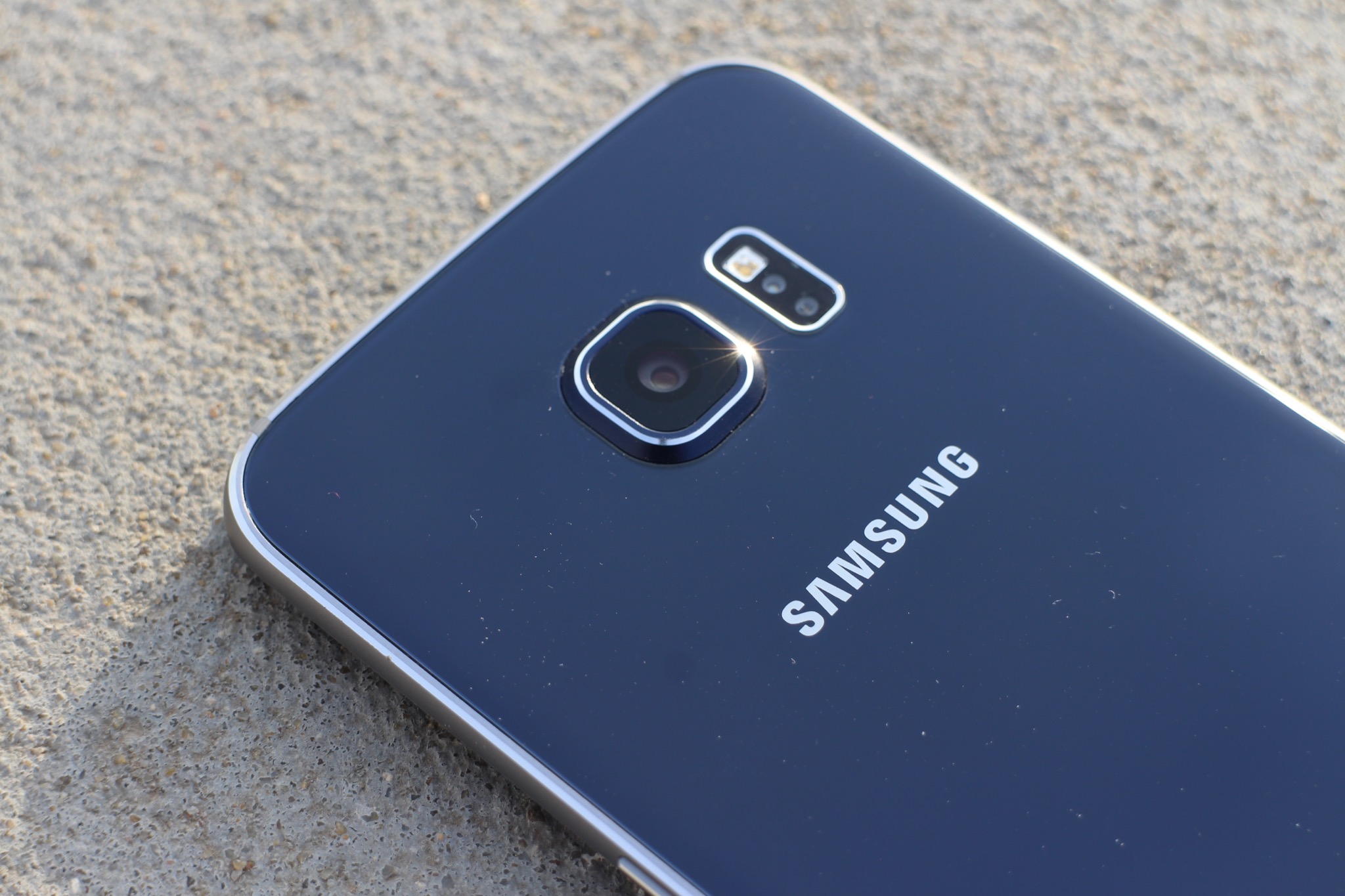 Regular SamMobile readers will know that I have never been a fan of how Samsung’s software has performed, especially on flagships where there is a ton of horsepower available under the hood. With the Galaxy S6 and S6 edge, the company has taken care of all the concerns about lag, stutter and jank and turned its UX into one of the fastest in the industry. Animations are smooth, apps are quick to load, and it’s very rare to see the phone take too much time to carry out a task.

The phone keeps chugging along no matter what you throw at it, though there are a couple of niggles that stop it from being truly great. One, the multitasking menu can still take a few seconds to open sometimes, something that was a deal-breaker on the Galaxy Note 4. It’s not as slow as the Note 4, but there are still times when I wish the recent apps screen would show up faster. Maybe Samsung could have implemented a “swipe to switch” feature for the curved screen, or maybe it should simply have looked at the underlying code to further optimize things.

Multitasking is also an issue thanks to Samsung’s aggressive RAM management algorithm on the S6 and S6 edge. As has been widely discussed online recently, the phones are killing background apps too quickly for some reason, meaning you will see a lot of apps reload when you switch back to them. Browsing was especially an issue – Chrome simply refused to stay in memory after a while, and opening even one app and then switching back to Chrome would sometimes make the page reload. The latest software update has fixed this to some extent, but there’s still some problematic memory management going on in the background.

Apart from the icons, TouchWiz has been beautified in pretty much every respect. Samsung apps look great, just rightly incorporating Google’s Material Design guidelines, and so does the general interface. The support for themes means you can freshen up the look when you got bored of the stock UI – the theme engine is done surprisingly well, with themes changing the look of a few Samsung apps, the notification shade, and the background image in settings and other menus. Samsung has also pared down on what many considered to be bloatware. Most of its add-on features, like Smart Stay, Multi Window or Download Booster, are still available, but no longer do you get annoying pop-ups pushing these features in your face.

Plus, even a month later, the phone is still as fast and smooth as it was on the first day. Samsung phones are quite notorious for slowing down heavily after a few months of use, and while it hasn’t been too long for deciding whether that would be an issue on the S6 devices as well, my S6 edge has held up quite well. When the gallery or camera app does not slow down on a Samsung phone after you have taken a few pictures, you know the company has done something right as far as optimization is concerned.

Well, battery life is where the Galaxy S6 edge provides the biggest disappointment. On most days, I have been charging my Galaxy S6 edge twice a day. It’s not like the phone completely died in the middle of the day, but to ensure that I could use it in the evening and into the night without charging, I would need to connect it to a power source by 6 or 7 in the evening.

However, with the latest update my S6 edge is showing definite signs of improvements in terms of endurance. I have managed to get four hours of screen time a couple of times in the last week, and the idle drain seems to have gone down as well. But overall, battery life on this thing is decidedly average, even with all the Edge screen features turned off. Wireless and quick charging support certainly alleviates the low endurance to some extent, but the S6 edge sure isn’t the most dependable smartphone when it comes to how long it can last on a single charge.

Flagship phones are supposed to be the best at everything, but it’s extremely hard to find a device that truly gets it right. The Galaxy S6 edge certainly comes close though. The battery life might leave something to be desired, but the phone offers a top-notch experience in basically every other respect. Samsung had been sitting on its laurels for far too long, and it’s great to see the slump in sales has driven the company to create what is the nicest flagship smartphone on the market today.