The Galaxy J1 has proven to be a way for Samsung to create a new series with the Galaxy name. We tend to think that the J1 and future “J” devices will prove to be budget-friendly with specs that won’t necessarily “knock your socks off” but’ll still sell well at their price range. There are many who may disagree, but Samsung and Verizon seem to have one mind when it comes to the Galaxy J1.

A source has passed along Verizon Galaxy J1 photos to tech site TechnoBuffalo showing a Verizon-branded Galaxy J1 in a deep blue color. The Verizon logo is on the back of the device with “4G LTE” (the trademark of Verizon Samsung smartphones), and the logo doesn’t seem to be annoying (that is, unless you’re the type that doesn’t like carrier-branded smartphones). The J1 shown in the photos looks similar to the same familiar TouchWiz layout of all Samsung Galaxy smartphones, and the “Galaxy J1” name will appear at the bottom of the device – in the same fashion as other Galaxy smartphones such as the Galaxy Note 4, Galaxy S5, Galaxy Note 3, and Galaxy S4, for instance.

We’ve detailed the Galaxy J1 specs before: a 4.3-inch display with 800 x 480p screen resolution, a 1.2Ghz dual-core processor (likely a Qualcomm Snapdragon 400 or something close), a 2MP front camera, 5MP back camera, and 4G LTE connectivity. As you can see, Verizon’s working hard to promote this budget-friendly phone, seeing that the original Galaxy J1 didn’t feature 4G but 3G data instead. It’s likely the case that this Verizon-branded smartphone will serve as a prepaid option to increase Big Red’s competition in the prepaid space.

There’s been no word on pricing or availability at the moment, so we’ll report back as more details become available. 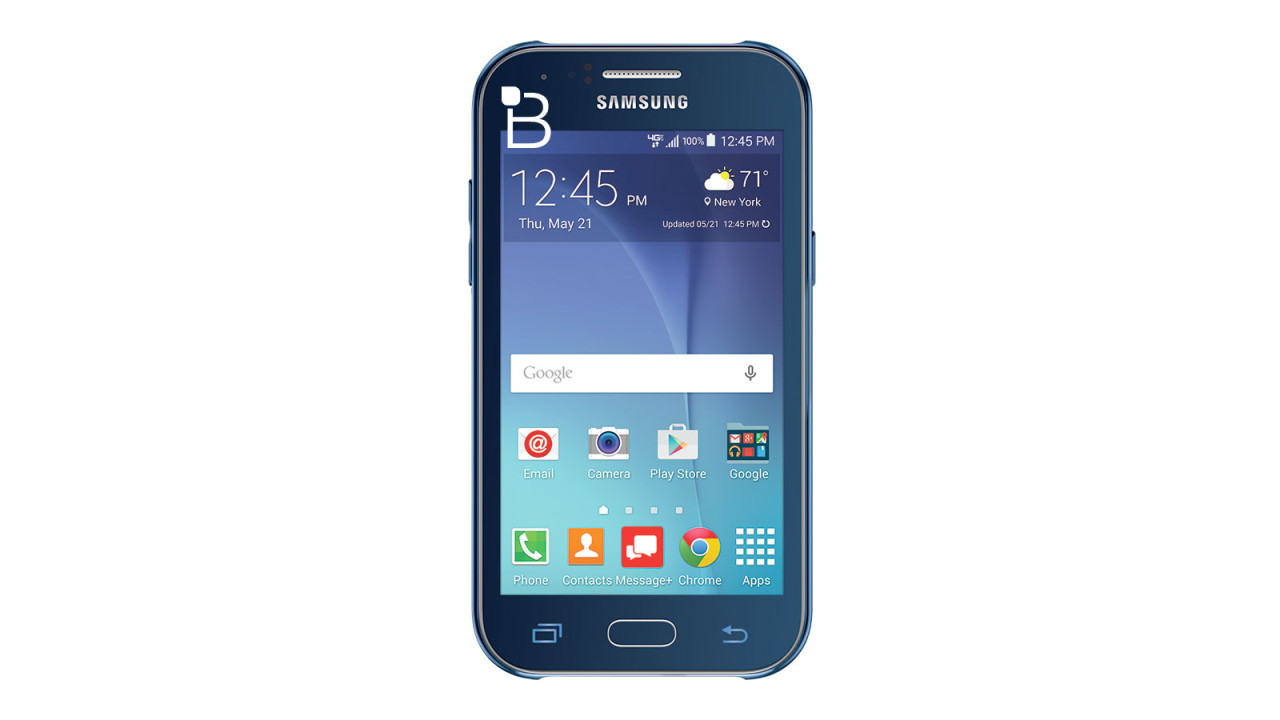 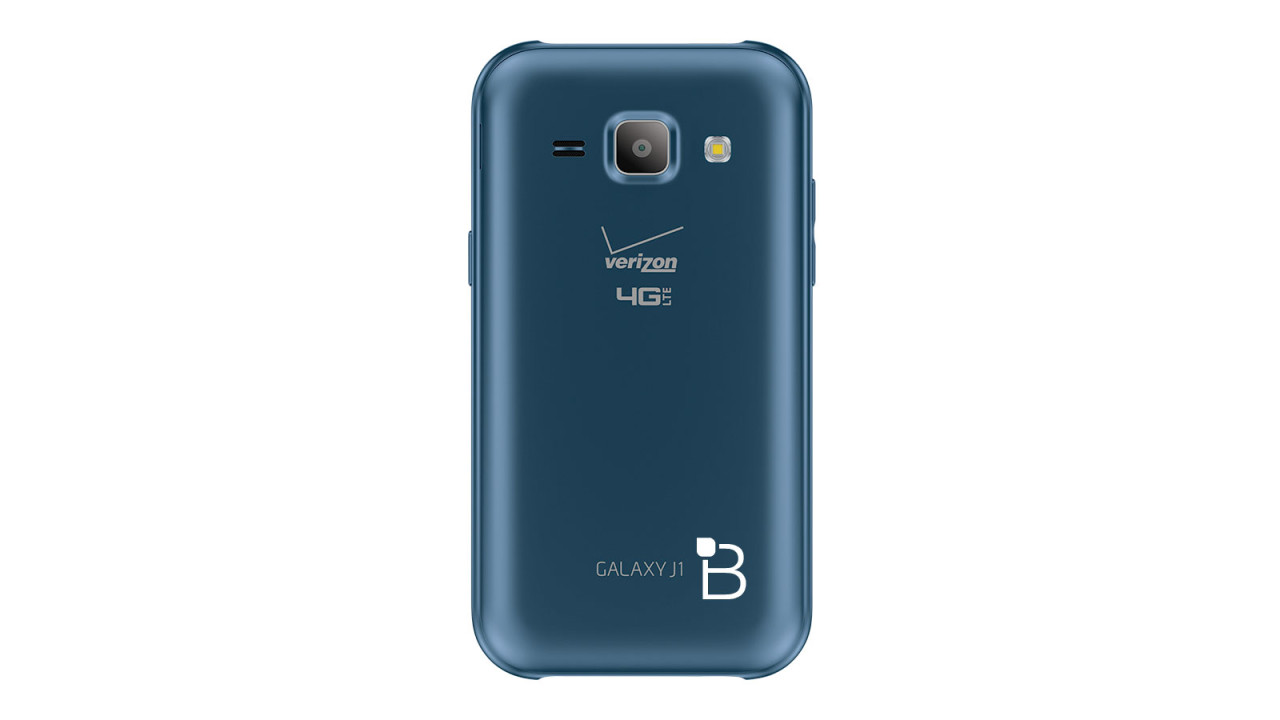