We here at SamMobile love to report on the latest updates for Android devices, seeing that Android constitutes a large part of Samsung sales. At the same time, however, we are quite fascinated with Tizen and what Samsung intends to do with its newfound OS as the days and months progress.

Samsung has been regularly updating its Z1 device (in India and Bangladesh), but a new update provided this week marks the beginning of a new chapter for Tizen and the Z1. The over-the-air (OTA) update comes in at a tiny 16.1MB and brings Samsung’s first Tizen-powered smartphone to Z130HDDU0BOD8. The update doesn’t bring anything major, but the incremental update should keep Samsung’s first smartphone in its new OS running fast and smooth. 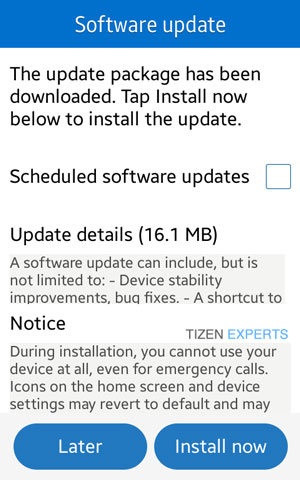 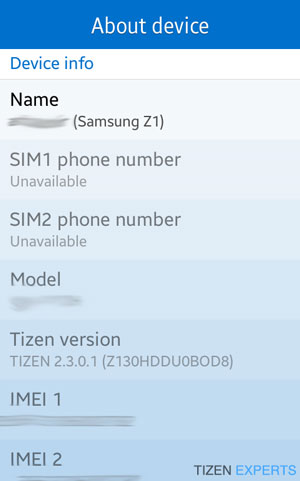 The Korean manufacturer brings this update on the heels of having rolled out the Tizen store globally, with 182 new countries added to the list of Tizen store-accessible locations (Netherlands, UK, US, France, Russia, Australia, Malaysia, Serbia, Croatia, Thailand, Philippines, South Africa, UAE, and others). While global Z1 users can access the Tizen store and free apps, they cannot access paid apps at the moment. It’s refreshing to see Samsung prepping its Tizen store for a global rollout, as this indicates that the Korean manufacturer intends to roll out its Tizen-powered devices worldwide in the months to come. We could be looking at a global Z2 or another mid-ranger with some seriously beefed-up specs. We’ll have to wait and see, but the possibilities are endless for now.