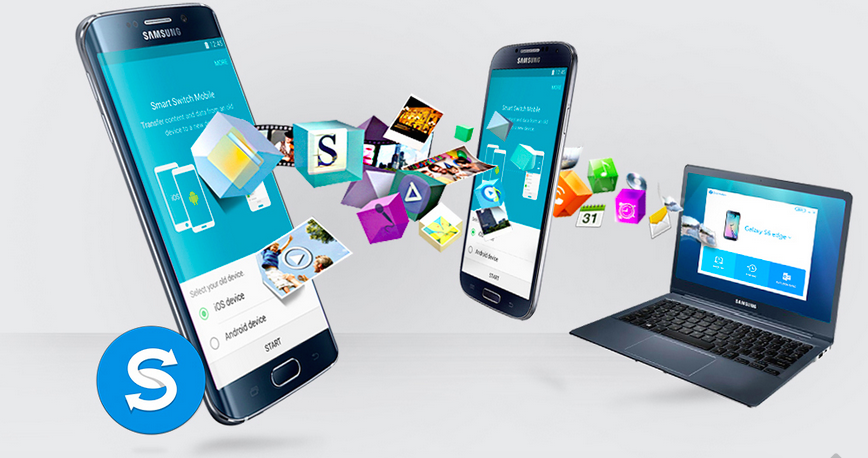 There are two versions available of this new software: Smart Switch for PC and Smart Switch for Mobile. Data transfer between two Galaxy devices becomes very easy if you use the mobile app because in just a couple of taps all of your data will be moved over to the new device. The Smart Switch Mobile app is available from Google Play Store and Galaxy Apps.

Smart Switch for PC is available for both Windows and Mac. It can be used to transfer data from an old device but requires the devices to be hooked up via a USB cable. It has a new backup and restoration feature which will let you backup all of your data to the computer at once, all of which can be restored on the device with just one click. If you need to manually update the firmware on your Galaxy S6 or S6 edge you’ll need to use Smart Switch for PC as Kies will no longer work with the new devices. It’s essentially the same program with a new coat of paint so there’s no learning curve for you to tackle.