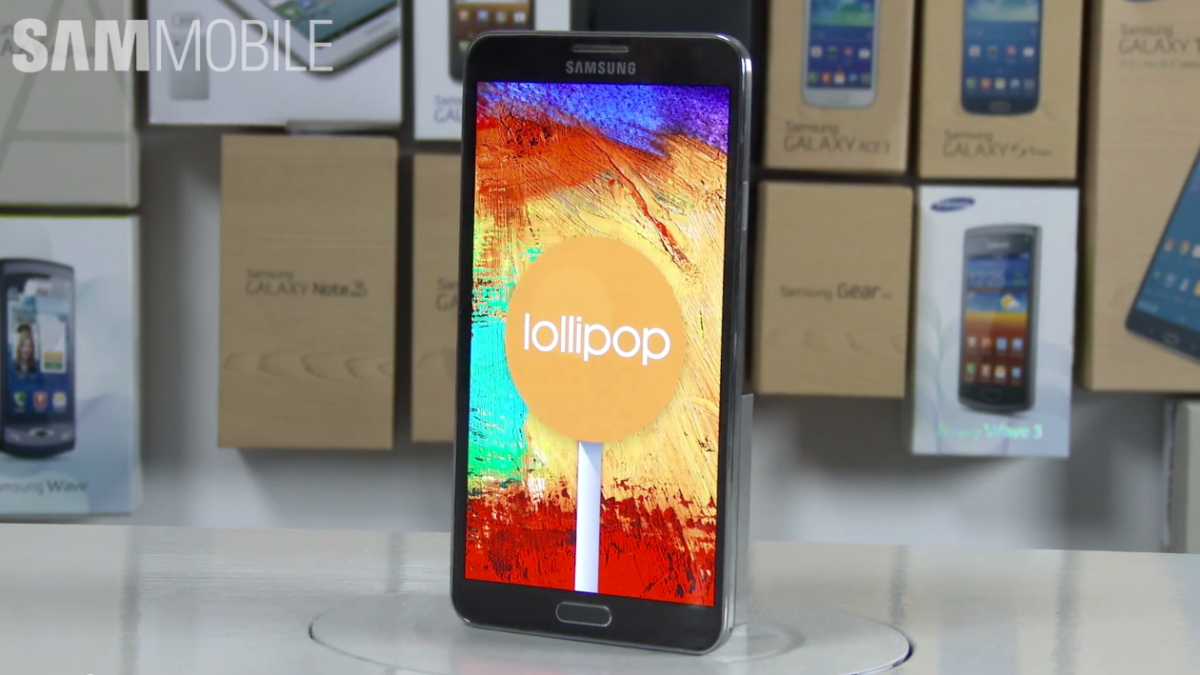 The Lollipop update for Rogers and TELUS Galaxy Note 3 devices brings the build number to LRX21V.N900W8VLU2DOC4 and weighs in at a sizeable 944.30MB – nearly 1GB of storage. You’ll need to have 3GB of memory space available, so be sure to make use of your Google Drive, Dropbox, Box, or OneDrive cloud storage if necessary. “A minimum of 950MB” will be consumed by the update once it’s finished installing. Wi-Fi is best for such a situation, though, if you have 10GB or more of 3G/4G LTE data at your disposal, your monthly data allowance won’t mind the data download.

Congrats Rogers and TELUS Galaxy Note 3 customers: you now have Google’s latest update. AT&T and T-Mobile have pushed out the Note 3 Lollipop update in the US, and Sprint’s moved on the Galaxy S5 Sport (GS5 Active) update today, but Verizon, while having already issued the GS5 Lollipop update, is still silent on when Note 3 users can expect Lollipop. We hope that Rogers’ and Bell’s lower North American “neighbor” (Verizon) will follow suit for Note 3 customers soon.

Rogers and TELUS customers, what’d’ya think? Impressed with the new update or not? Are there any problems you’ve noticed immediately? Feel free to let us know and write back in coming days if you notice some recurring problems.

Samsung has announced that it has been chosen to supply 5G network infrastructure to TELUS, the third biggest telecom firm in Canada. This is the second deal the South Korean firm has been able to make after its entry into the Canadian market late last year. In December 2019, Samsung had bagged the order to […]

The May security update has been released for the Galaxy Note 9 in the US and Canada. Stateside, T-Mobile is the first carrier to push this update, while multiple carriers–Rogers, Virgin Mobile, SaskTel and Koodo–have released the update in Canada. The update for the Canadian model brings the camera changes included in the second May […]

Not only are customers in Canada going to receive the Galaxy S8 and Galaxy S8+ ahead of schedule but one of the country’s biggest carriers is also offering them additional pre-order gifts over and above the free Gear VR with Controller that Samsung is giving to all pre-order customers. Rogers has said that all new […]

Earlier this month, Samsung confirmed that the Blue Coral Galaxy S7 edge will eventually make its way to Canada. It seems like the day is not far away now, with Rogers taking reservations for this particular variant. There’s still no date to mark on your calendars, although the carrier mentions that you will be shelling […]

Canada’s largest carrier, Rogers, has today started rolling out the long-awaited Marshmallow update to all its carrier-branded models of the Galaxy S6 and Galaxy S6 edge located in its home region. The upgrade itself weighs in at a little over 1GB and transports all of the changes you’d expect to find baked into Android 6.0.1, […]