India is one of the most important markets for Samsung, and it will unveil its next-generation flagship smartphones, the Galaxy S6 and the Galaxy S6 edge in the country on March 23. We have received an invite for the launch event of these devices, which will take place at the Taj Palace in New Delhi. We are assuming these phones will hit retail shelves in India on April 10, though we will update India-specific pricing and availability details during the event.

Last year, Samsung had launched the 3G variant of the Galaxy S5 in India, which sparked outrage among smartphone buyers in the country. Only later did Samsung launch the LTE variant of the device, but at a higher price point. According to Samsung’s official website in India, the model number of the Galaxy S6 and the Galaxy S6 edge are SM-G920I and SM-G925I, which don’t have support for 4G LTE bands in the country, so we will try to get more info on that on launch day. 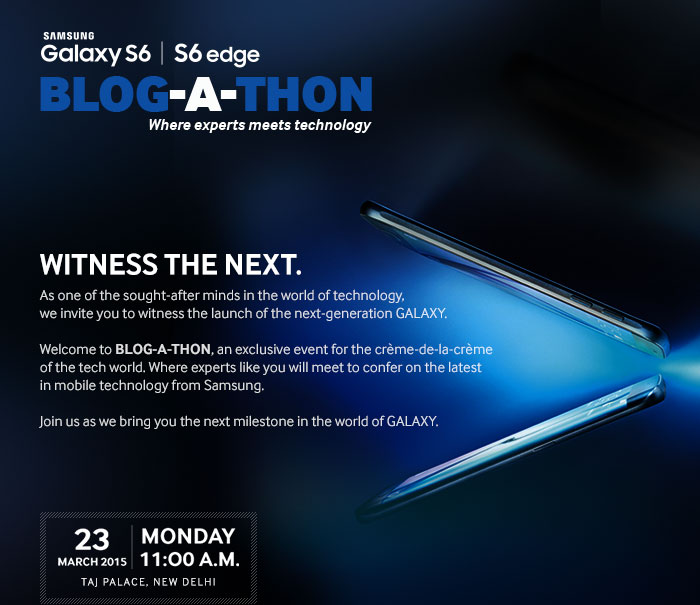