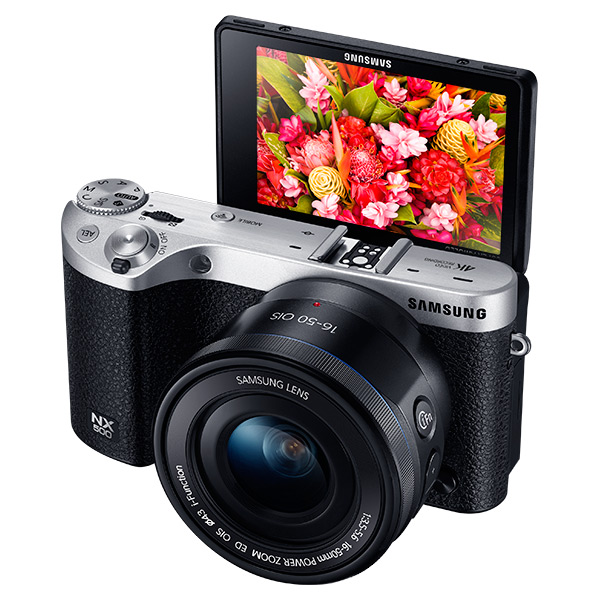 Samsung has unveiled a new premium mirrorless NX500 camera for Korea, which is a successor to last year’s NX300. It features a 28-megapixel APS-C CMOS sensor with BSI (Back Side illumination) structure, allowing users to capture clearer images even in low-light or dark conditions.

Samsung has used home-brewed DRIMe V image processor in the NX500, which is claimed to be much faster than its predecessor, offers better image quality, faster image processing, as well as 4K UHD video recording. The camera can also record fast-motion, slow-motion, and time-lapse videos. The Hybrid AF system facilitates capturing images at 9FPS, while the Samsung Auto Shot (SAS) uses motion detection to predict when to capture a shot in difficult scenarios.

Sangmoo Kim, Senior Vice President of IT & Mobile Communication at Samsung Electronics, said, “We recognize the sentimental value of a photograph in people’s lives and being able to capture and share the perfect moment from wherever they are. That is why Samsung has built a camera suitable for everyday photographers. The compact size of the NX500 and its revolutionary shooting and focus speed allow consumers to enjoy superb image quality. We are redefining what is possible for people who are not professional photographers, and offering everyone the ability to capture their signature moments in every shot.“

The 3-inch FVGA AMOLED touchscreen display can tilt and flip to facilitate users in capturing selfies. Its wireless connectivity suite includes Wi-Fi, Bluetooth and NFC. The camera, which was leaked around two months ago, features a 1,130 mAh battery and an SD card slot. The NX500 will be offered in three colors: Black, White, and Brown, and is already available globally for $799.99.

Samsung gives up on digital cameras

Specifications for an upcoming camera from Samsung have leaked online, thanks to a Europe based online retaile …