Specifications for an upcoming camera from Samsung have leaked online, thanks to a Europe based online retailer. The camera — the NX500 — according to this leak will run Tizen and have a mirrorless design, which also means it won’t really be the most affordable camera on the planet. The leak goes on to mention that the device will ship as early as next month with a price tag of €999 (US$1100) and €749 (US$865) for the two- and one-lens kit respectively.

Full specifications of the NX500 include a 28 mega-pixel sensor with a massive 205 point AF, ability to shoot videos in 2.5K aka QHD, and time-lapse in UHD. It’ll also have a tilt flip-up style Super AMOLED display to render a crisp picture, along with some radio features including Bluetooth, WiFi and GPS, which will also allow geo-tagging of photos.

Another mirrorless camera, namely the NX3300 leaked along with the aforementioned. According to the report, the NX3300 will release on January 30th, which is a little less than two weeks from now, with a price tag of €499 (US$576). An application for the same has also been found to have been filed with the Indonesian government, hinting at a possible launch in the country. 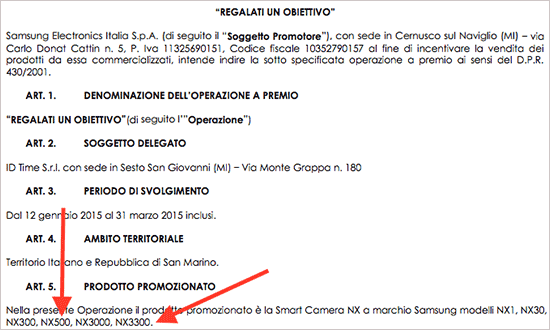