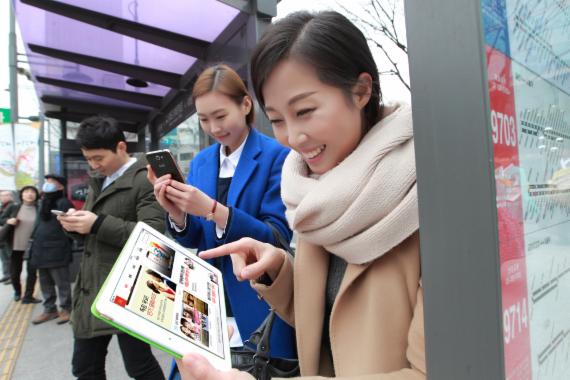 The world’s first 600Mbps LTE technology was announced today by KT in association with compatriot Samsung and chipset fabricator Qualcomm. The technology will be shown off at the impending MWC 2015 which is due in a few days from now, scheduled 2nd-5th March. LTE-WiFi Link Aggregation or LTE-H or HetNet as it is known as, combines LTE networks with WiFi connections; 150Mbps from LTE broadband, and another 450Mbps from WiFi top the LTE-H networks speeds to a solid 600Mbps. The new technology allows low-level control of WiFi right from the LTE-H modem, instead of high-level ‘cosmetic’ control via software. The tech will roll out in KT’s home country of Korea, and as has been the case previously, its success there will determine whether or not the new-age connectivity solution reaches other markets.