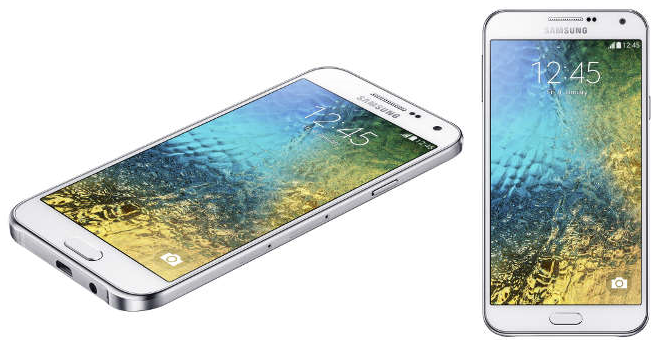 After announcing the Galaxy E7 for the Indian market a few weeks back, Samsung has gone on to launch the device in China, as we expected. The Galaxy E7 comprises the first batch of Galaxy E series phones, which are basically cheaper variants of the Galaxy A series. To speak specifically of the Galaxy E7, it comes with a 5.5-inch display that has an HD resolution of 1280 x 720 pixels, and is powered by the Qualcomm Snapdragon 410 SoC which packs a 1.2GHz quad-core 64-bit CPU. Along with that, the Galaxy E7 has 2GB of RAM and 16GB of on-board storage, which is of course expandable via microSD.

A 2,950mAh battery powers the aforementioned internals, which also include a 13 mega-pixel camera on the rear of the phone, and a 5 mega-pixel sensor on the front of it. In China, the phone will be available for 2100 CNY or roughly US$336.