Samsung’s financial might allows it to offer a boatload of subscriptions to various services with its smartphones and tablets. We saw the company team up with Marvel to offer exclusive content, including exclusive movie trailers and access to Marvel comics, earlier this year, and it seems Samsung is now working on bringing a free Netflix subscription to owners of some of its devices. A leaked image from Android Central has revealed that Samsung is planning to offer all Galaxy Note 4, S5 and Tab S owners a one year Netflix subscription worth more than $100 and free Milk Music access in the US.

Aside from its US-only limitation, the promotion will only be available for the first 115,000 people – they will have to register their qualifying phone or tablet on SamsungPromotions.com and hope that their claim gets accepted, after which they will be credited with 12 months of service on Netflix. Existing Netflix users will also be able to take advantage of the deal, and the promotion will go on until January 17. 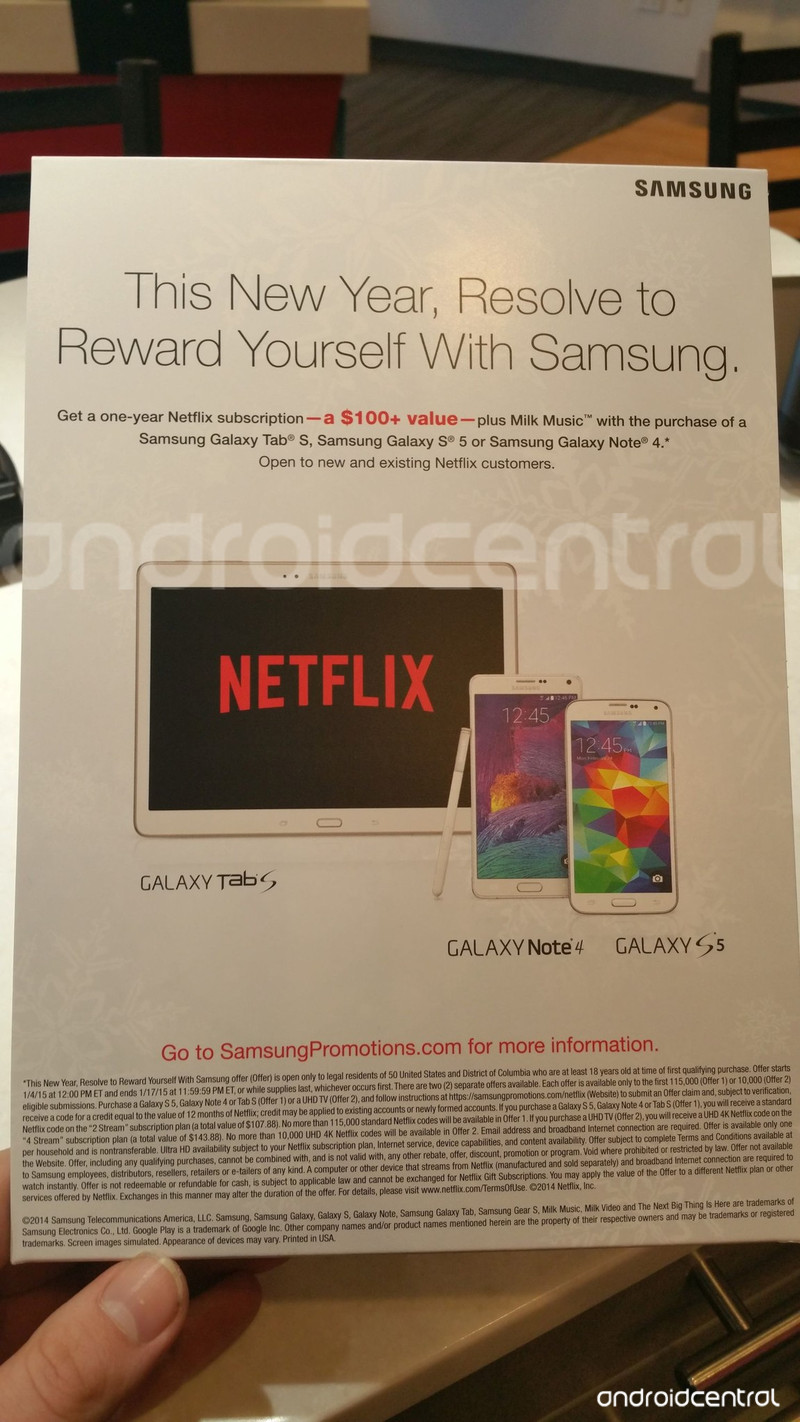