Samsung unveils the Galaxy Note Edge with a curved display

It was rumored quite a few times that the Galaxy Note 4 would have a variant with a curved screen, and Samsung has officially announced that variant today alongside its new flagship. Called the Galaxy Note Edge, the device comes with a curved screen on one side of the device, similar to the one we saw on Samsung’s YOUM prototype. The Edge screen is somewhat similar to a smartwatch – basically, it will be a companion display that shows things like notifications and allow access to frequently used apps, with the advantage that you won’t need to move away from whatever it is you’re doing on the main display, and will be able to access it even when the phone’s cover is closed.

It might seem like an over-the-top thing, but the curved screen side does look like it could be pretty useful, mainly for quick access to some functions. Other than the curved screen, the Galaxy Note Edge is mostly similar to the Galaxy Note 4 in terms of hardware. The display is a Quad HD+ (2560×1600 + 190) Super AMOLED unit, though it is a tad smaller at 5.6-inch. The phone is powered by a quad-core Snapdragon 805 processor clocked at 2.5GHz, and also includes 3 GB of RAM, a 16-megapixel rear camera with Smart OIS, 3.7-megapixel front-facing camera, 32/64 GB of internal storage expandable up to 128GB with a microSD card, and a 3,000 mAh battery with Qualcomm’s Quick Charge 2.0 technology.

The Galaxy Note Edge runs on Android 4.4 KitKat, and it will be available in Charcoal Black and Frost White sometime later this year (likely in October, along with the Galaxy Note 4.) 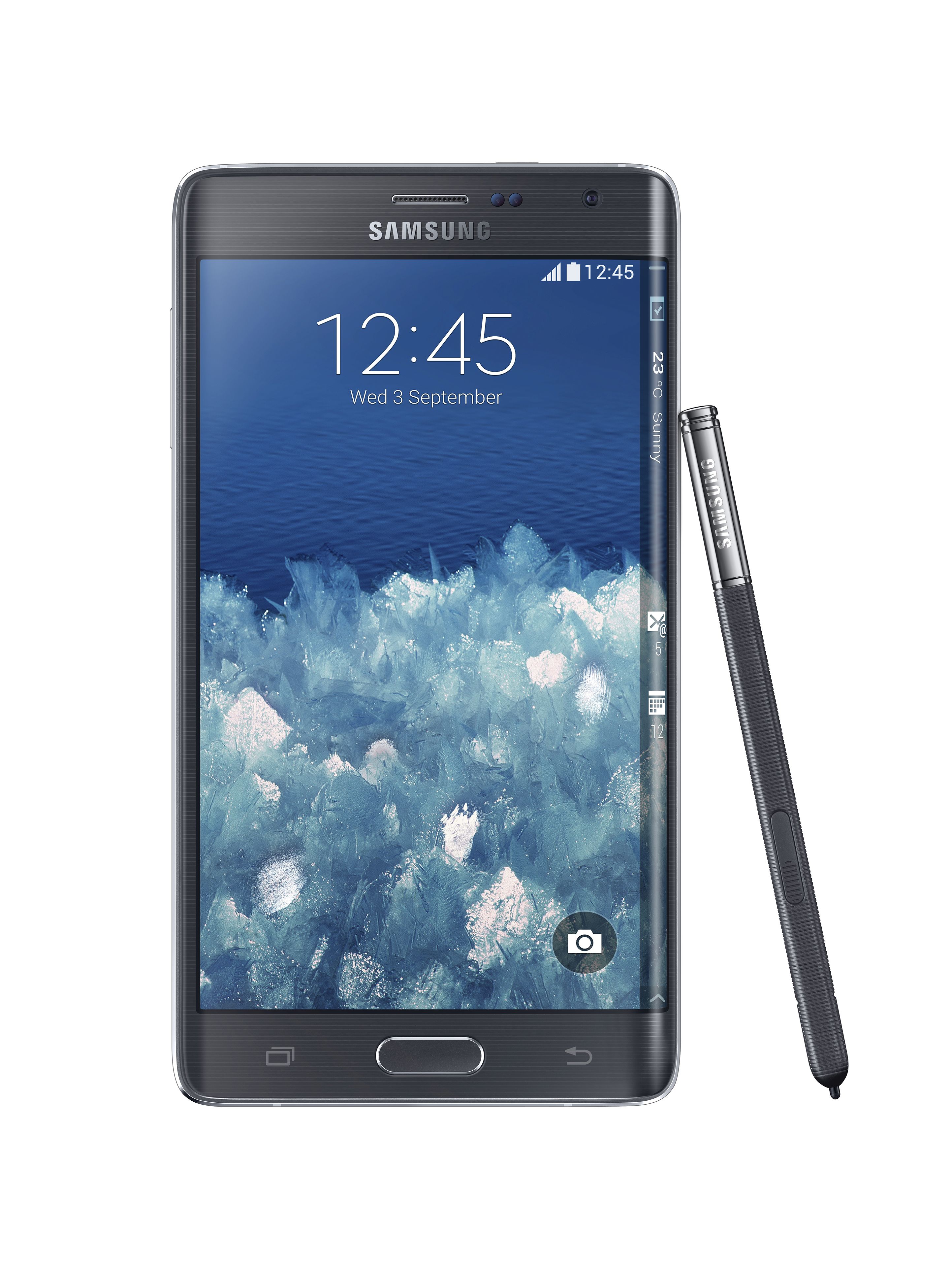