Samsung Galaxy S5 gets an update on Verizon and T-Mobile

The Galaxy S5 has begun receiving updates from carriers Verizon and T-Mobile in the US, bringing over numerous improvements and a couple of new features. For the Verizon variant, the update (build number G900VVRU1ANE9) includes newer versions of some bloatware apps (which you probably never use), improved connectivity when streaming music, stability enhancements for Gear Manager, option to use Visual Voicemail when the S View cover is closed, removal of a search button when there are no memos in the Memo app, support for closed captioning in Message+, and the renaming of Primary Contacts to Emergency Contacts in emergency mode.

Over in the T-Mobile camp, the update isn’t as major and will simply serve to enable VoLTE for making voice calls on the carrier’s LTE network, which should offer better quality and clearer calls. We’re guessing a few general improvements have been sprinkled in as well, though T-Mobile’s changelog doesn’t mention anything. The update will only be available over Wi-Fi, and is sized at around 30 MB and carries build number G900TUVU1BNG3.

As usual, be patient and wait for the updates to show up on your phone over the next few days, or try your luck in the Settings » About phone » Software updates menu if waiting isn’t one of your strong suits. 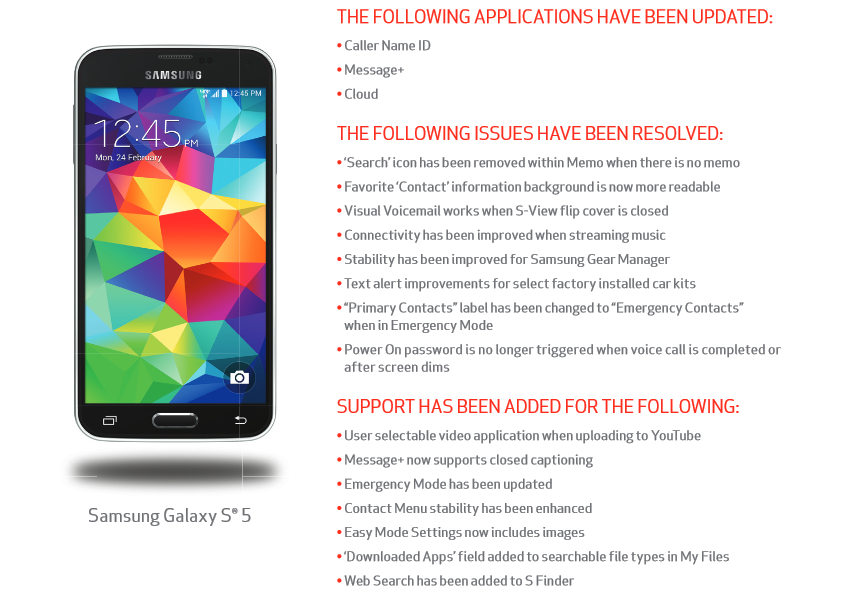 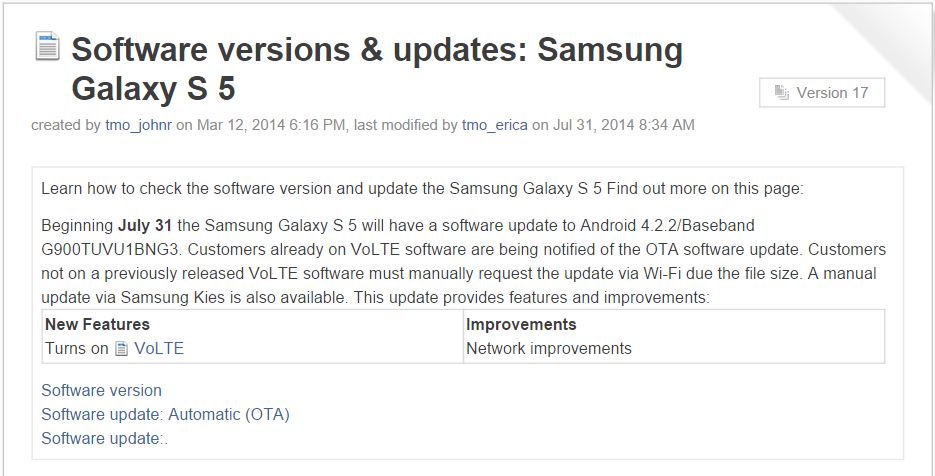