Well, the mystery just continues to deepen when it comes to the rumored Galaxy S5 Prime. The device has been rumored to sport model number SM-G906, at least in South Korea, and today, an SM-G906L has been found to have received certification in Samsung’s home country. Now, while this is a good indication that the SM-G906L could soon be made official, it looks like this might just be the LTE-A variant of the Galaxy S5 for South Korea. According to information we’ve received, the SM-G906L could be the Galaxy S5 LTE-A for carrier LG U+. Furthermore, the SM-G906L user agent profile (UAProf) on Samsung’s mobile website lists it as having a 1080p display – UAProf listings are almost never wrong, which certainly reduces its chances of having a QHD display.

Basically, all of this makes us believe that the SM-G906L could simply be the LTE-A variant of Samsung’s latest flagship, with a newer processor (a Snapdragon 805 as opposed to the Snapdragon 801 on the standard S5), similar to how the Galaxy S4 LTE-A featured an upgraded CPU over the Galaxy S4. However, will so many rumors pointing at the SM-G906 being the Galaxy S5 Prime, all of this is speculation and could change as more details crop up in the coming days. 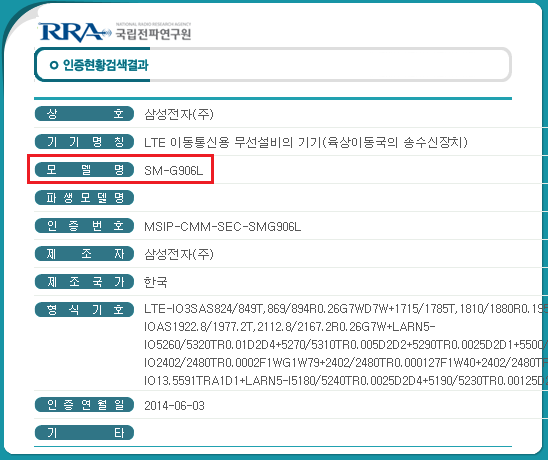