If you were disappointed that the Galaxy Note 3 did not get any of the features that debuted on the Galaxy S5, then you might not need to be disappointed any longer. An update has rolled out to the T-Mobile variant of the Galaxy Note 3 with features such as Download Booster and Kids Mode, two of the most touted features of Samsung’s latest flagship. The update carries software version N900TUVUDNE6 – it doesn’t seem to add anything else, but we’re guessing Samsung will be adding more features to its third-generation Galaxy Note somewhere down the line with future updates.

For the uninitiated, Download Booster is a feature that increases download speeds for large files by using both a Wi-Fi and mobile data connection at the same time, while Kids Mode – as the name suggests – allows users to hand over their device to the little ones and customize things like the apps they can access or the contacts they can call. The update is currently available over the air and through Kies, and we’re guessing it will soon be rolling out to the international and other carrier variants of the Galaxy Note 3. 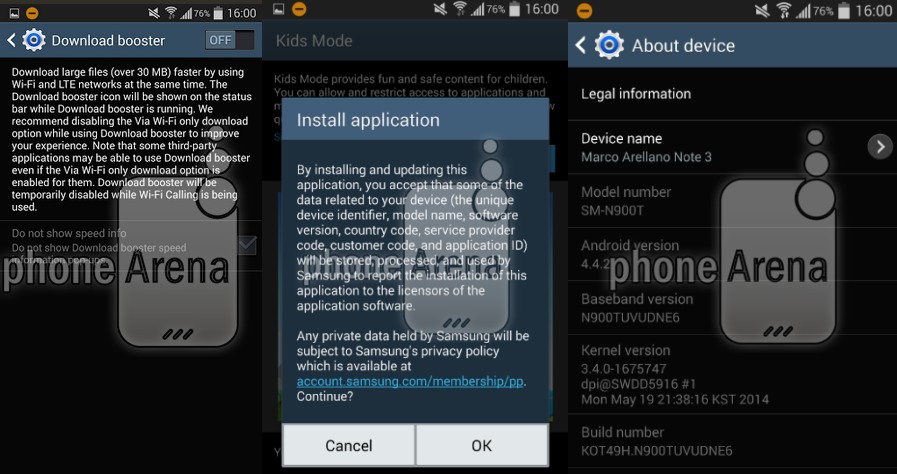