Recently, some patents filed by Samsung were spotted on the United States Patents and Trademarks Office, revealing a possible smartwatch with a circular screen. Before we take a look at them, let me remind you it may not be the SIM-enabled Gear Solo that we’ve been hearing about, as the one we’re looking at requires a connection to a smartphone or a tablet for operation, according to its description.

Taking a look at the patent details, we can see that it resembles Motorola’s Moto 360 smartwatch, mainly because of its round display. This suggests that the watch could run Android Wear instead of Tizen, though since the patents were applied for way back in August and also describe features like a camera and custom gesture controls that probably won’t be a part of Android Wear, this one probably is running on Samsung’s in-house OS.

Rumors suggest that Samsung may launch a new smartwatch as early as next month, and it will be interesting to see if we get the same smartwatch as the one you see in the pictures. 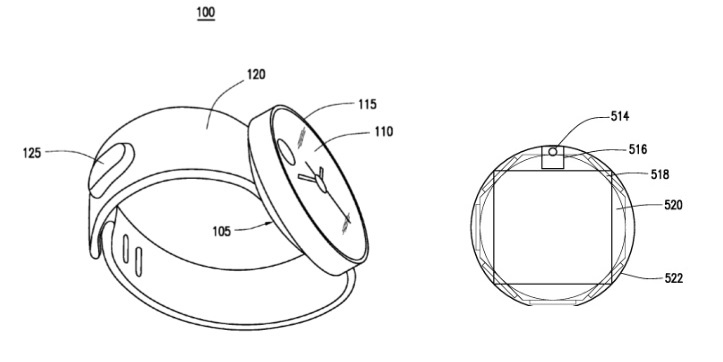 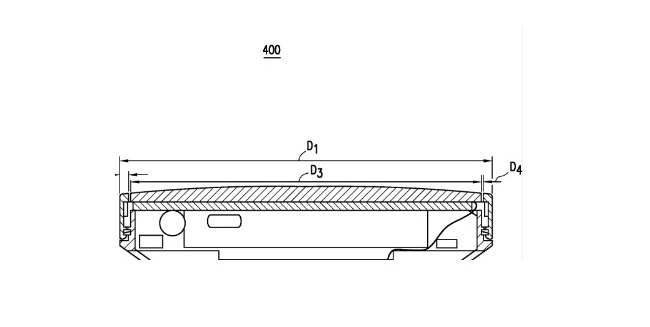