The Galaxy S5 Prime really seems intent on appearing in a new rumor or leak every single day. Today, the phone has managed to show up in the Bluetooth SIG database, where it has been certified and carries the model number SM-G906L (SM-G906 is currently associated to the Galaxy S5 Prime, and the SM-G906L should a variant for one of the carriers in South Korea.) Certification from the Bluetooth SIG is usually a good sign that a device is getting closer to an official launch, and it’s possible that the rumored mid-June launch isn’t that far-fetched (though we’re guessing the launch may get delayed into July, as Samsung will be holding an event for the Galaxy Tab S on June 12.) 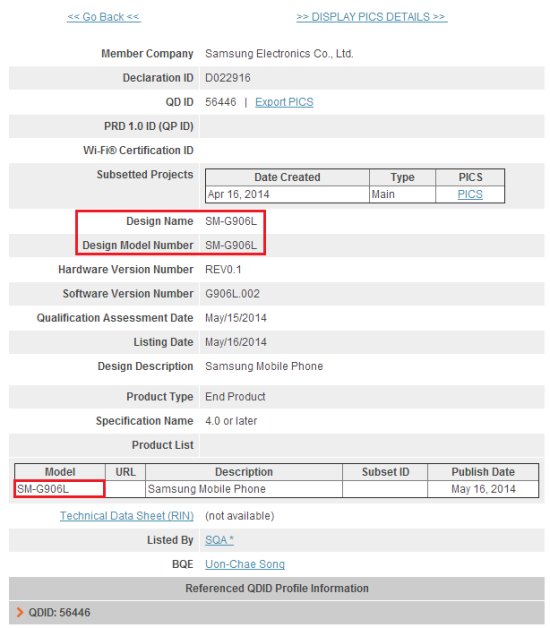 By now there have been countless rumors and leaks about the Samsung Galaxy F. This smartphone is believed to b …

According to a new report from The Korea Times, Samsung is preparing to launch a new flagship phone in South …

Samsung SM-G906L certified in South Korea, could be LTE-A variant of s …

Well, the mystery just continues to deepen when it comes to the rumored Galaxy S5 Prime. The device has been r …