The topic should already have made this clear, but let us repeat: no, it is not the KitKat update that Verizon is rolling out to the Galaxy Note II, that’s probably still a few weeks away. Instead, North America’s largest carrier is pushing out an extremely minor update that brings with it only one feature/change: compatibility with roaming on TELUS’ network in Canada. The update will bring the software version to I605VRUAND3, and given its minor status, it should be arriving on all Galaxy Note II’s on Verizon’s network within a day or two. If you still aren’t willing to wait, then a visit into the Settings » General » About phone » Software updates menu might do you some good. 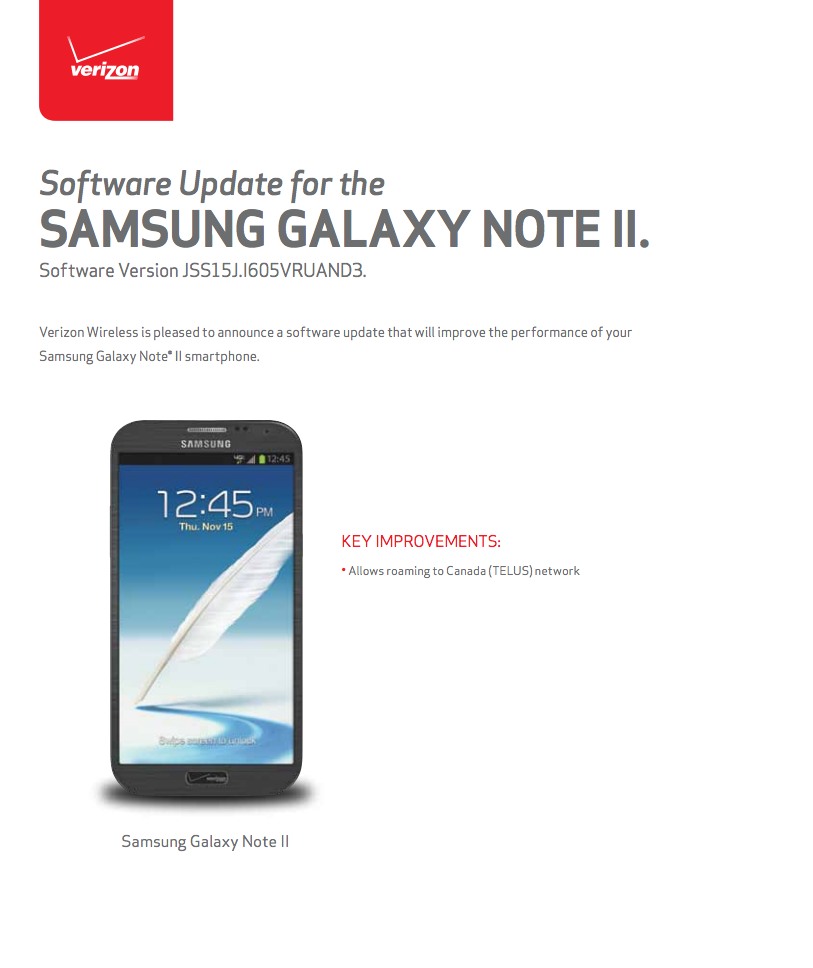 More news »
Galaxy Tab A 8.4 (2020) is official, available now in the USA for Verizon By Mihai M.|2 weeks ago
Leaked Galaxy Tab A 8.4 (2020) drops the S Pen for two speakers By Mihai M.|3 weeks ago
[Updated] Verizon starts rolling out Android 10 update to Galaxy S9 and Galaxy S9+ By Asif S.|1 month ago
Here’s how much Galaxy S20+ and Galaxy S20 Ultra will cost on Verizon By Abhijeet M.|2 months ago
SamMobile TVMore »
Opinions More »
Samsung fans have had it with the company’s Exynos processors
6 days ago