Next month, the Galaxy S5 will be launched in more than 150 countries as Samsung’s latest flagship, and as usual, it will be facing competition from flagship smartphones from other manufacturers. The display quality on these flagships will, as always, be one of the deciding factors for many consumers when it comes to purchase, so to lend a helping hand, the folks over at ePrice have done a pretty extensive shootout comparing the Super AMOLED display on the Galaxy S5 to the LCD displays on the LG G Pro 2, new HTC One (M8), and the Sony Xperia Z2.

As expected, the Galaxy S5 manages to offer higher contrast than the displays on other devices. However, while previous Samsung devices often fell behind when it came to how realistically it portrayed an image, the Galaxy S5’s display seems to do an excellent job, with only a hint of over-contrast on most images. Viewing angles, always the strong suit for Samsung’s AMOLED displays, are as impressive as ever, and the whites also seem whiter than what we’ve seen on existing Samsung devices.

In the end, flagship phones are now at a stage where you can’t really go wrong with the displays on any of them, but the comparison is a good look at where the Galaxy S5 stands. Check out the full resolution images at the source link, and do let us know which of the four phones’ display you prefer. 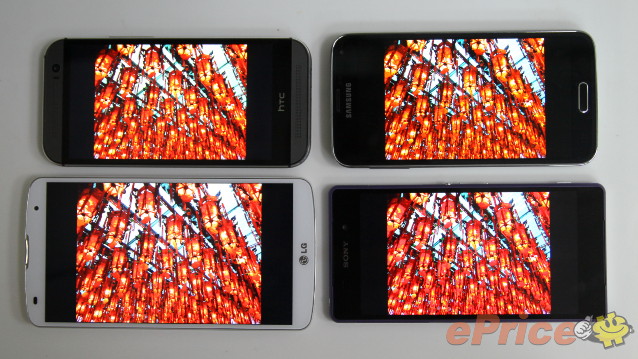 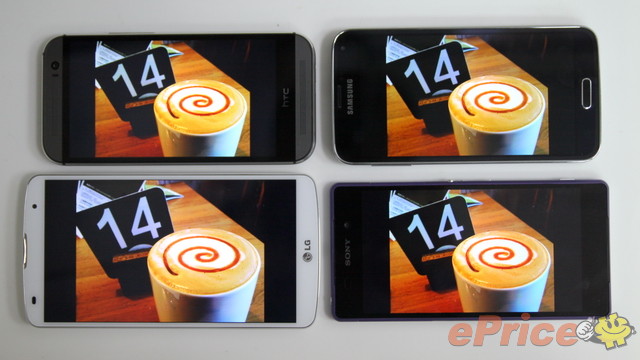 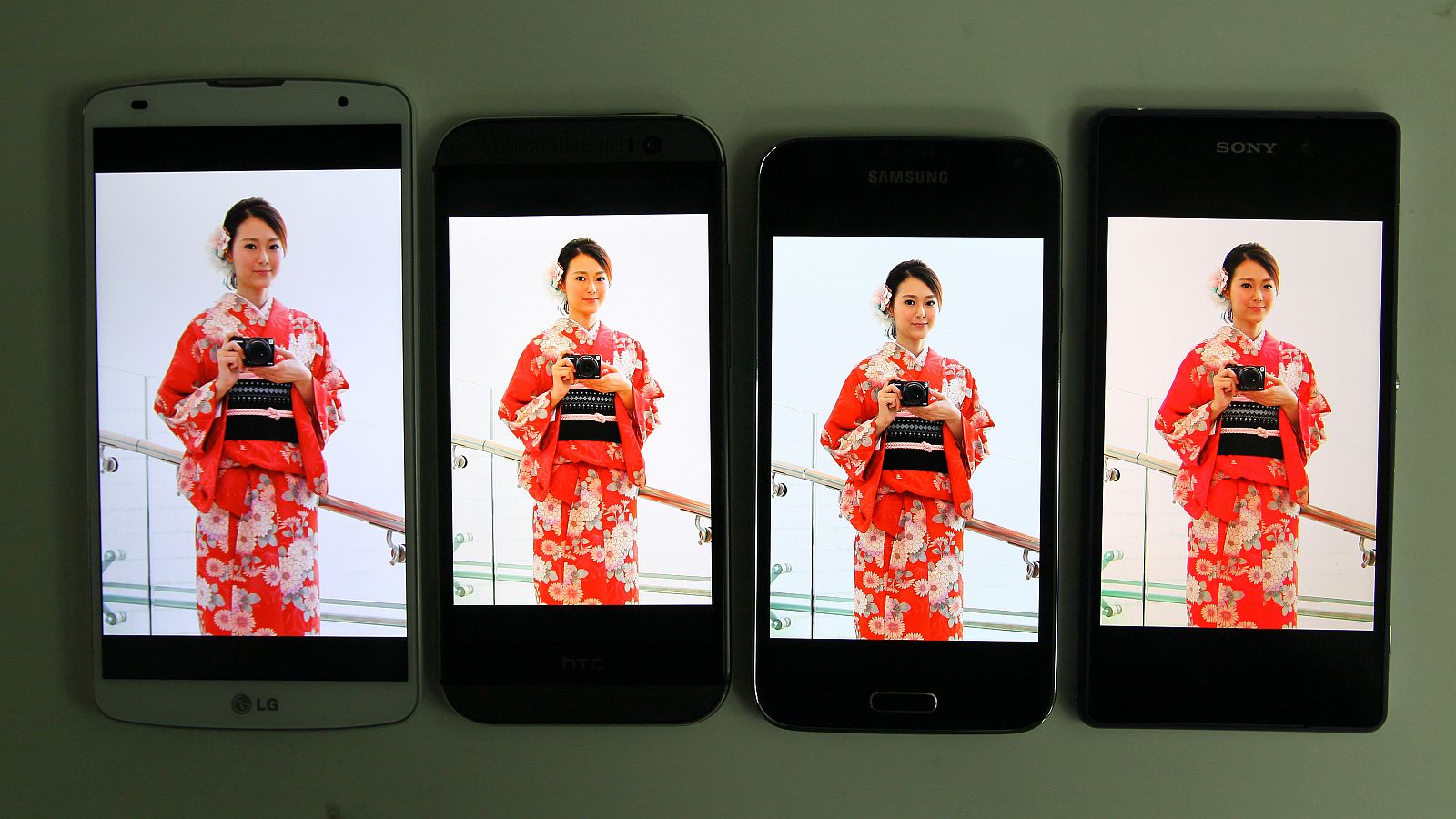