During Samsung’s unveil of the Galaxy S5 last month, there was no mention of any official accessories, which was strange. However, images found on mobile accessory site MobileFun indicate that there will be several variations of cases and covers for the Galaxy S5. The first such accessory is a Protective Hard Case Cover Plus, which is made out of plastic and is meant to be a rugged case. While it isn’t much to look at, it will protect the Galaxy S5 against the daily wear and tear. Considering that the Galaxy S5 is set to cost over $800, you’re going to need one of these. The protective case will cost 25 Euros.

The next accessory is an S View Wireless Charging Cover, which comes with a cut-out that allows you to view the screen. You will have the ability to answer calls, look at the time and view incoming notifications without having to flip open the cover. The cover also works with wireless charging, so you can wirelessly charge the Galaxy S5 without removing the cover. The S View cover will cost around 67 Euros and will be available in white and black colors. An S View cover without wireless charging functionality will also be available for 55 Euros and will feature more color variants. A Flip Wallet Cover that doesn’t feature a cut-out but has room to store your cards will be available for 37 Euros. These cases will likely be available once the Galaxy S5 launches next month. 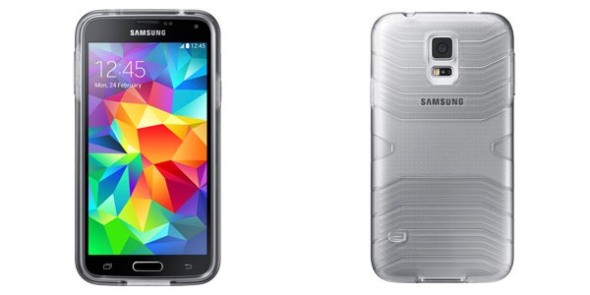 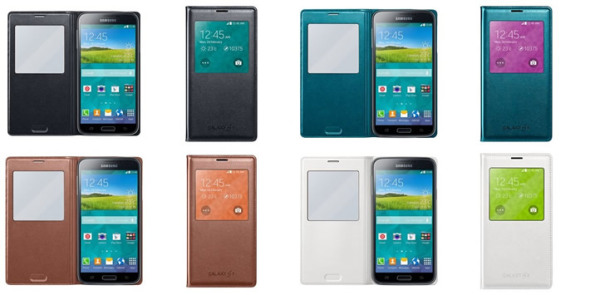