North America’s biggest carrier has finally made the Rose Gold color version of the Galaxy Note 3 official on its website. For some reason, the phone is on backorder despite having gone live on the carrier’s website only a few hours back, but if you do want to grab one, you can expect it to start shipping in the next two days (at least that’s what Verizon says.) The Rose Gold Note 3 is exclusive to Verizon and can be purchased for $249.99 on a two-year contract, or $649.99 if the idea of a contract doesn’t sit well with you.

Only the white version of the Rose Gold Note 3 is available from Verizon, with the only difference compared to the standard Note 3 being the gold accents on the sides of the device. The specs are the same as before, including a quad-core Snapdragon 800 CPU, 3GB of RAM, 5.7-inch 1080p Super AMOLED display, 13-megapixel rear camera, 3,200 mAh battery, and Android 4.3 Jelly Bean with S Pen stylus support. 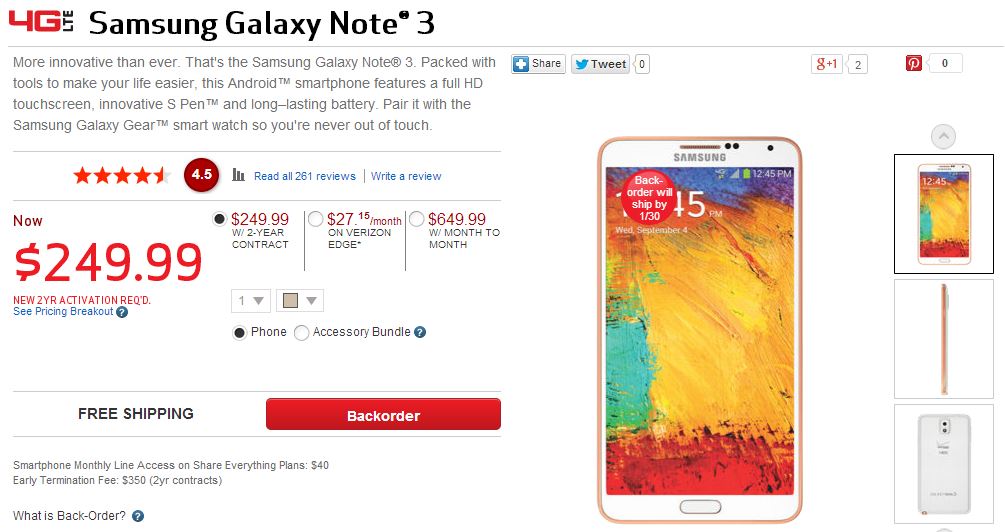