Following the Android 4.3 update for the Galaxy S III, Verizon is now pushing the new version of Android to the Galaxy Note II. The update has the build number VRUEMJ9 attached to it, and brings many new features including Galaxy Gear compatibility, faster performance, KNOX support, upgraded interface, new Samsung apps like S Voice and keyboard, improved camera firmware with a new camera mode (Sound and Shot), enhanced Easy Mode homescreen, new additions in the notification center, and much more.

The update is rolling out over the air, and as an alternative, it can also be obtained through Verizon’s computer-based Upgrade Assistant. For the adventurous folks, downloading the firmware from our firmware section (for the SCH-I605, Verizon’s Note II’s model number) and updating manually is also an option. 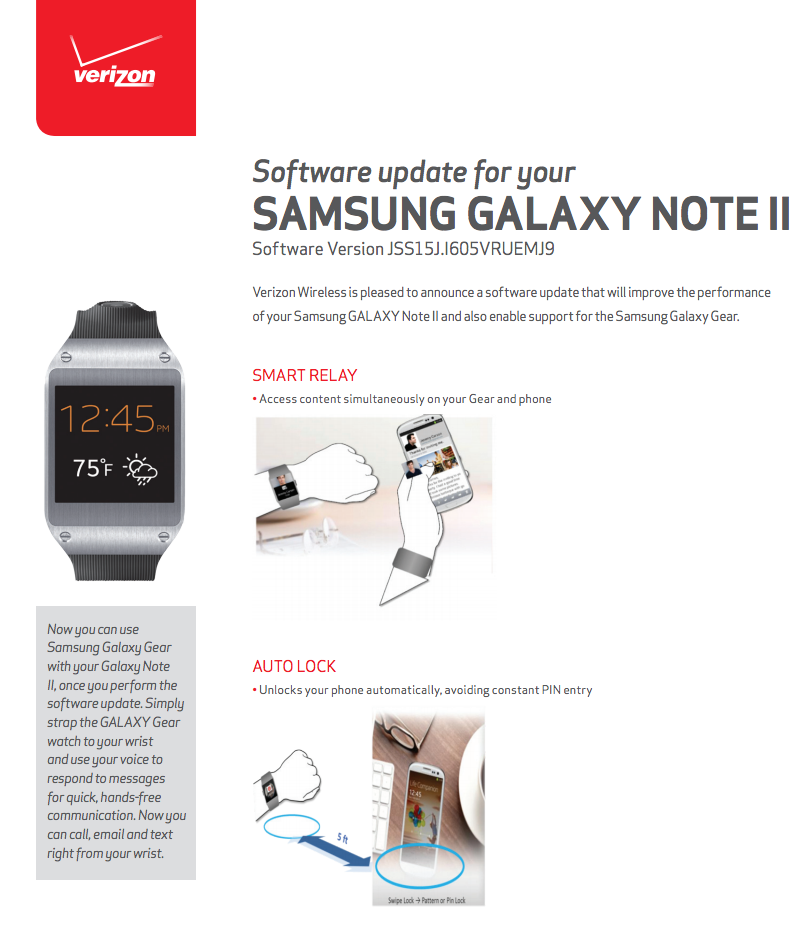