Samsung today announced their Galaxy Golden in India, making India one of the few countries to get an Android-powered flip phone from Samsung. Now this would’ve been a good launch but the phone is priced at Rs. 51,900. The asking price of the Galaxy Golden is higher than what Samsung’s top of the line Galaxy Note 3 goes for (around Rs. 45,000 street price). We’re not sure how Samsung came to the conclusion of pricing it but it’s really expensive, irrespective of the ease of use and golden colour.

Except for the exclusion of the LTE, the features of the phone are same compared to the Korean variant like Android 4.2 OS, two 3.7-inch AMOLED WVGA displays, 1.7GHz dual-core processor, 8 megapixel main camera with 1.9 megapixel front-facing camera, FM Radio, 1820mAh battery. 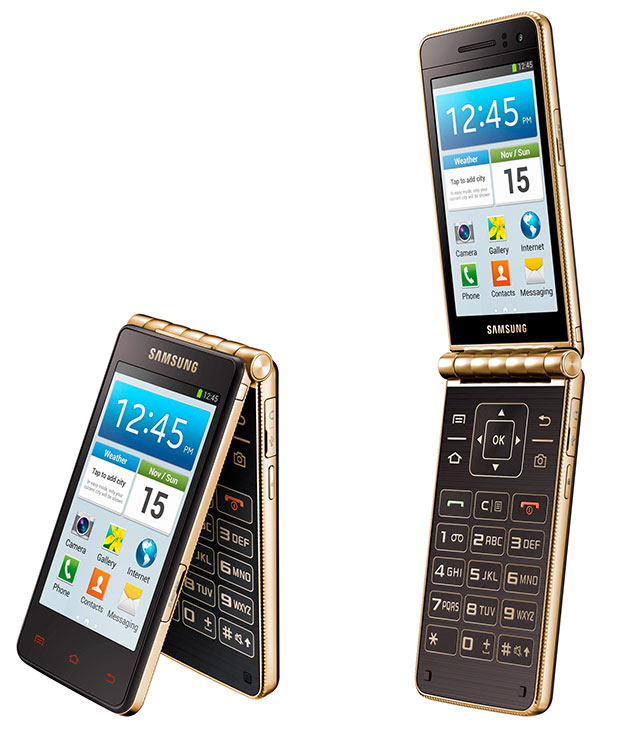