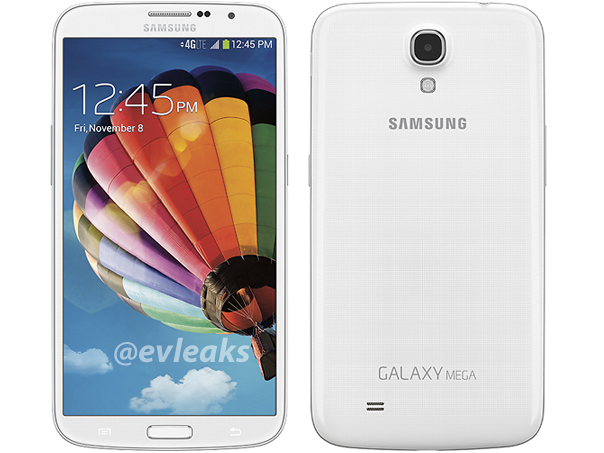 Samsung announced back in August that it will be bringing the Galaxy Mega 6.3 to AT&T, Sprint and U.S. Cellular, but a specific release date wasn’t mentioned. The Galaxy Mega 6.3 is currently available from AT&T and U.S. Cellular. Product image of the device with 4G LTE connectivity was leaked a few hours ago by non other than the infamous Evleaks. The press render indicates November 8 as the launch date. Evleaks has only leaked the picture of the Polaris White variant, but it will probably be available in both, Nova Black and Polaris White, colours.

In terms of connectivity, the Galaxy Mega 6.3 offers WiFi 802.11ac support on top of the usual a/b/g/n, and an IR blaster is included for remote control access using Samsung’s WatchON service. NFC, Bluetooth 4.0 + LE are included, and its got MHL 2.0 and is able to use a standard MHL connector. The device supports 4G LTE connectivity, as well. 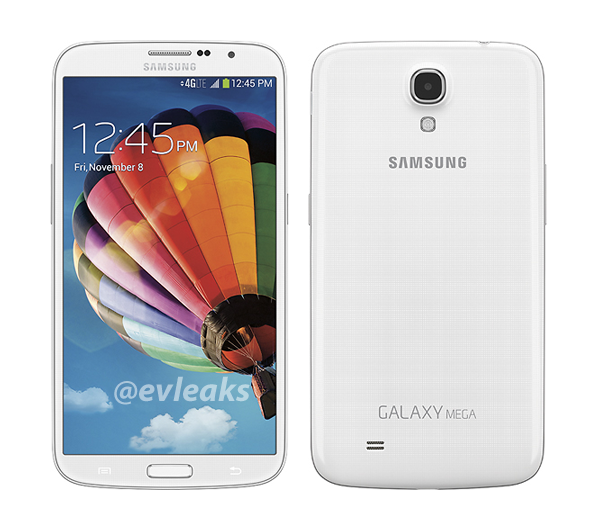