Could this be Samsung’s Galaxy Gear smartwatch?

Well, well, could this be our first look at Samsung’s Galaxy Gear? That’s what it is, according to the folks over at VentureBeat, who were able to get some hands-on time with the smartwatch. They weren’t allowed to take pictures of the actual device, but they did manage to take a few screenshots of the official ad for the Gear, which shows off an, er, very unattractive watch with big bezels at the top and bottom, surrounding a square full-color OLED screen.

According to the website, the Gear has a huge focus on health and fitness, and includes a built-in heart rate monitor and related software for tracking your calorie intake, with Samsung partnering with a health startup to create health apps. There is support for social media as well, with the ability to share to your Facebook and Twitter account, S Voice support for voice commands, a 4-megapixel camera and speaker on the strap, and the ability to access the internet, email, and call logs (with the option to initiate a call through your smartphone via the watch). 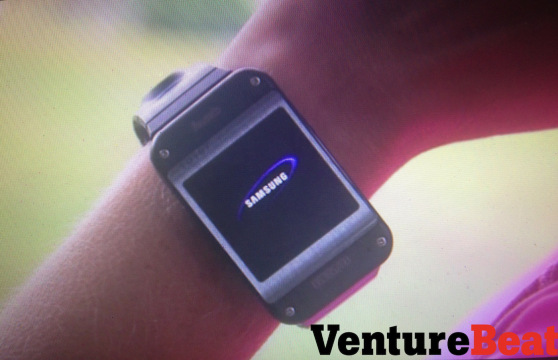 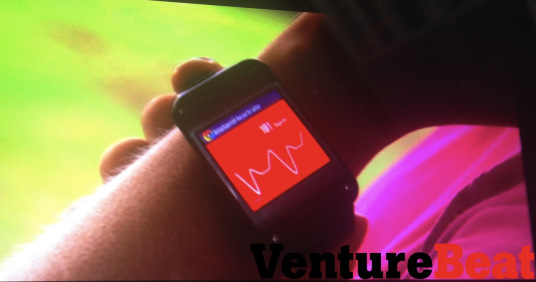 The site also claims that the Gear will have 10+ hours of battery life, something which was rumored recently and has made people look at it with disdain even before its upcoming official announcement. The Gear will connect to a smartwatch via Bluetooth, and also via NFC as we’d learned from the screenshot of the Gear Manager companion app.

VentureBeat has a few more details on the Galaxy Gear, which you can check out at the source link. But before you do, let’s all join virtual hands and hope the Gear doesn’t look anywhere near the horror that you can see in the pictures, and that it turns out to be a prototype hiding a more attractive design.

To Samsung I say, don’t disappoint us.

More news »
Samsung patents a smartwatch with a wristband display By Josh L.|3 years ago
Samsung reacts to Apple Watch pre-order launch By Deidre R.|5 years ago
Samsung working on a ‘perfect’ smartwatch, reveals Samsung EVP By Yash G.|5 years ago
Original Galaxy Gear and other Samsung devices star in Jurassic World trailer By Abhijeet M.|6 years ago
SamMobile Shop
Opinions More »
Features I want to see in the camera app on Galaxy smartphones
2 days ago