Samsung aims high, wants Tizen to power everything from mobile to cars to banks 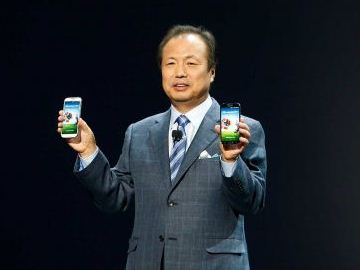 While Samsung may be ruling the roost with its Android-based smartphones, the company isn’t keeping its eggs in just one basket and has been working actively on Tizen, an open source operating system that Samsung teamed up with Intel to create. But it’s not just mobile devices they’re aiming for, according to co-CEO J.K. Shin, who said in an interview that Tizen is more just a “simple alternative for Android” and will one day work on more than just smartphones.

There are many convergences not only among IT gadgets, including smartphones, tablets, PCs, and cameras, but also among different industries like cars, bio, or banks. Cross-convergence is the one area Samsung can do best since we do have various parts and finished products.

Cross-convergence is something the industry has been moving towards, with both BlackBerry’s BlackBerry 10 OS and Apple’s iOS 7 designed to work with cars and other equipment. Even if Tizen fails to make a mark in the intense smartphone market that has a number of other players looking to dip their toes in, Samsung and Intel will no doubt make sure the cross-platform nature of Tizen doesn’t go to waste.

Read the full interview at the source link.

Samsung wants to extend its chip manufacturing site in Taylor, Texas and has applied to increase the footprint of the investment area by about 14%, according to recent documents dug out of the City of Taylor website (via Naver). As shown in the aerial photo below, Samsung has applied to add more land and expand […]

There’s a lot of activity happening in the chip industry and the US government has been throwing its weight around it. It views influence over the global chip supply chain as a key interest. What bigger proof can there be besides the fact that on his recent summit with South Korea, US President Joe Biden […]