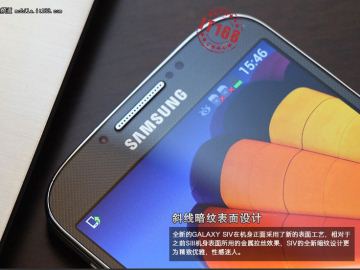 New images of Galaxy S IV (GT-I9502) have appeared on another Chinese website. The day before Samsung’s Unpacked launch many new pictures of the Galaxy S IV DUOS showed up. The Galaxy S IV looks similar to the Galaxy Note II Samsung uses even the same speaker grill.

UPDATE: According to our insider who gave us the first info on the Octa-Core and the PHOLED screen this is not the real deal. This is just one of the prototypes flying around and we know there are a few flying around of those. He told us to trust him. We will know if he was right tonight! 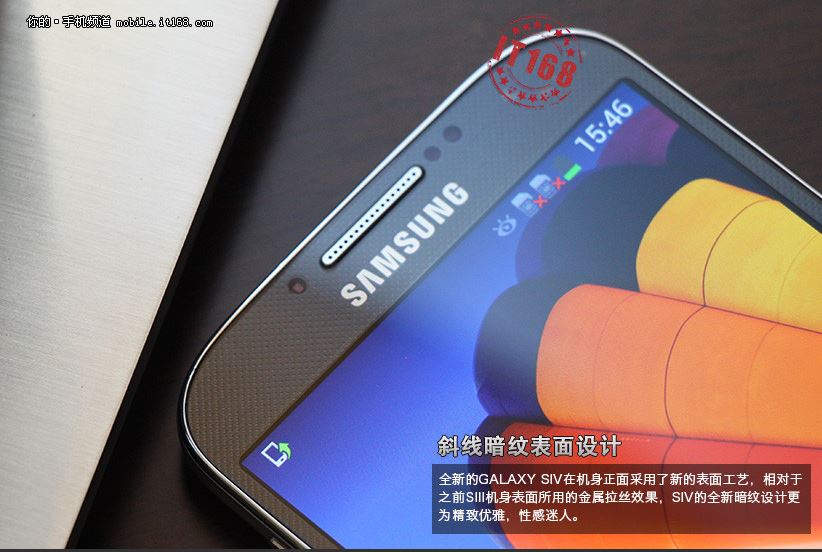 Translation images special thanks to Lien Wee Hoo
2/19: There are only 2 phones in the world that will drag peoples attention: iPhone & Galaxy series.
So we will let you preview the Galaxy SIV prototype.
3/19: This is Dual-Sim model (WCDMA+GSM), with a carrier bloatware preinstalled.
4/19: New SIV uses new dotted, cross-hatch textured design on the body, compared to SIII brushed metal-effect.
5/19: Thinner bezel to get bigger screen (4.99”), with embossed home button.
7/19:Y ou can take front & rear shot at same time, voice control.
8/19: The plastic back cover uses new design, which is much pretty than SIII. They hope the final version will not cracked easily.
9/19: 8 cores
10/19: High Specs
11/19: Feel premium, sleek & solid in hand. The side is made of “metallic feel” plastic. You can barely notice it is made of plastic. It has brushed metal-effect.
12/19: Impressive made, with such size & weight.
13/19: Replaceable battery. No info of the battery, but tested to be 2,600 mAh.
14/19: Dual sim slot & micro-SD slot.
15/19: Smart stay, smart scroll, smart pause, Air View.
16/19: Testing Air View with finger.
17/19: testing Air View. Samsung had open SDK, & hopefully more developer to include it.
18/19: Testing smart scroll. A little bit slow, probably due to prototype.
19/19: What experience will 8 cores bring to us? Thanks for review.