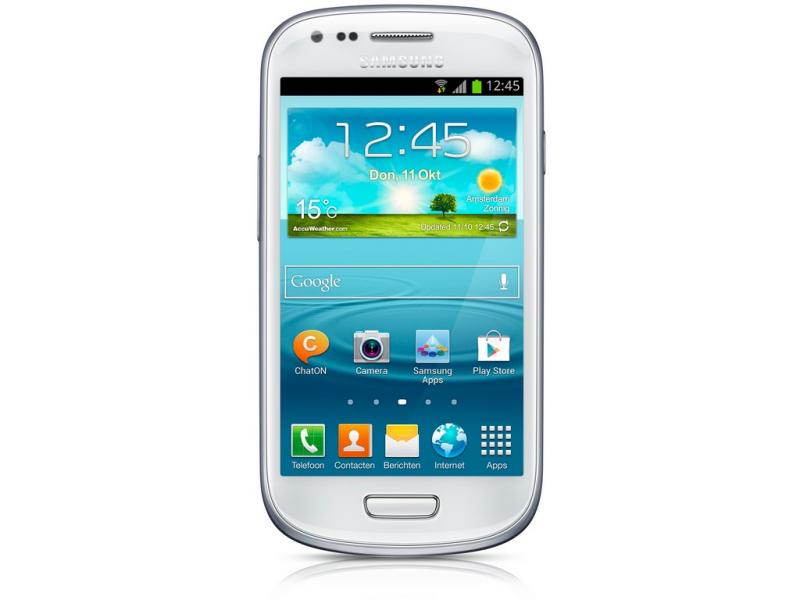 The new NFC variant will have Samsung’s S-Beam feature enabled. S-Beam is a new way to transfer files to other devices. Normally, other OEMs use Google’s Android Beam method to transfer files to other devices which uses NFC + Bluetooth but Samsung has developed their own method called the S-Beam. Samsung’s S-Beam uses NFC + WiFi Direct, which gives insanely fast transfer speeds, to tansfer files between devices. Samsung says a 10MB music file can be shuttled over in around two seconds.

Other than the addition of NFC, there are no modifications done to the rest of the hardware. The GALAXY S III Mini with NFC features a 4″ SuperAMOLED display with a resolution of 480 x 800, Dual-Core 1GHz CPU with 1GB of RAM. The device also packs a 5 Megapixel camera which is capable of shooting 720P HD videos and a front-facing camera for video chats. The device will come with Android 4.1.2 Jelly Bean out of the box.

As SamMobile reported 19 November 2012 that there would be more colors for the Galaxy S III Mini. Today S …

Pictures of the new colors for the Galaxy S III Mini

As SamMobile reported 19 November 2012 that there would be more colors for the Galaxy S III Mini. Today w …

Introduction At the opening of her big store in Germany Samsung announced the Samsung Galaxy S III mini. The S …