Samsung is testing TIZEN on a Galaxy S III

Looks like Samsung is busy to test TIZEN on a Galaxy S III device.
Samsung just got a WIFI certification for it.
What Samsung is doing with TIZEN on the Galaxy S III is of course a question.
Maybe Samsung is testing TIZEN on a phone with the same specification, or is TIZEN just some big application?
Who knows… Samsung delayed the first TIZEN devices to 2013.
There are also rumours say that  Samsung will merge TIZEN with Bada to create one new platform for the low/mid-end market.
Samsung want to introduce the first devices in the begin of next year, maybe at MWC 2013 in Barcelona. 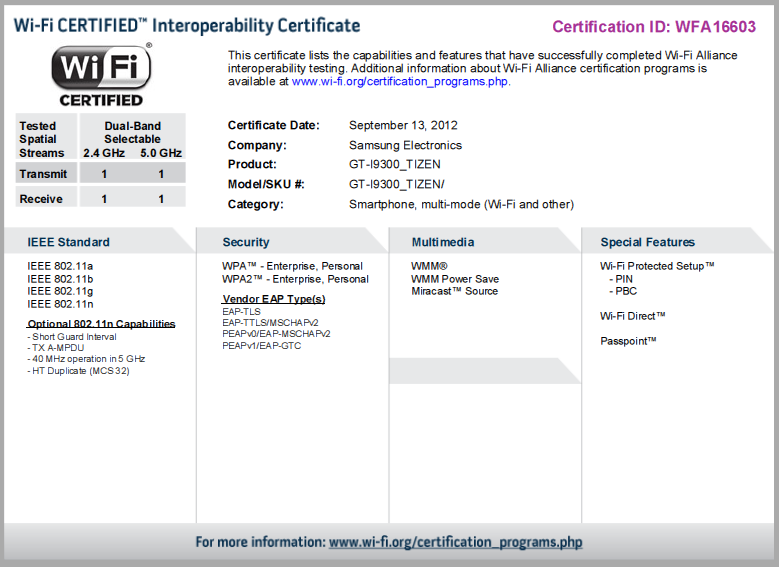