Here you will find the latest news and most recent developments on the Samsung Galaxy Tab S, with regular updates and all the information you need. 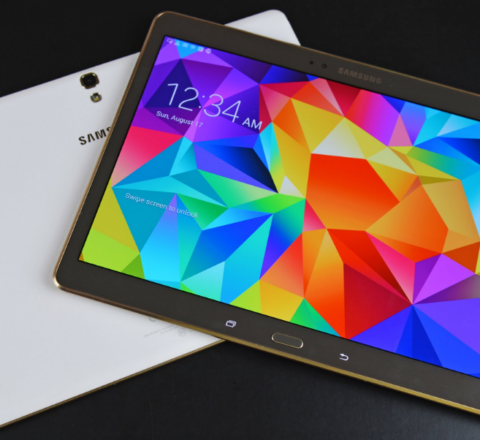 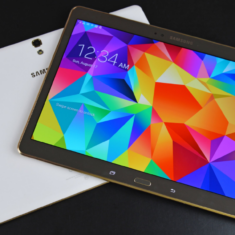 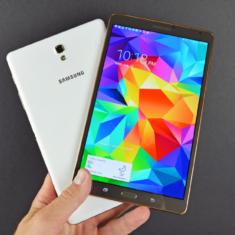 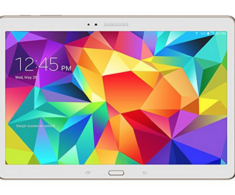 Despite representatives taking to Samsung’s Twitter profile to reveal that it wouldn’t distribute the Android 6.0.1 update for the 8.4- or 10.5-inch first-generation Galaxy Tab S in Europe last week, the South Korean company has today started rolling out the upgrade for the Galaxy Tab S 10.5 LTE (SM-T805) in Germany. The update itself is a pretty small download, weighing in […]

You may recall that on Saturday Samsung’s subsidiary in the Netherlands revealed that the firm wouldn’t be distributing the long-awaited Marshmallow update to the 8.4- or 10.5-inch first-generation Galaxy Tab S in Europe. However, in response to one of our reader’s comments over on Twitter, Samsung Greece has today revealed that the firm does, in fact, […]

If you’re the proud owner of an 8.4- or 10.5-inch first-generation Galaxy Tab S, you may want to listen up as we have some rather unfortunate news for you. Yesterday evening, Samsung Mobile Netherlands took to its official Facebook page to reveal that the firm will not distribute the long-awaited Android 6.0 Marshmallow update to either […]

The original Samsung Galaxy Tab S tablet is less than two years old which means that it’s still compatible with the current most recent Android release which is Marshmallow. Samsung hasn’t said when it’s going to come out with Marshmallow for this device but we’ve heard when the company is going to release Marshmallow for […]

Samsung’s new Galaxy Tab S2 has been given an official unveil, and the tablet brings the company’s stunning Super AMOLED displays to its tablet lineup for the third round (second, if you don’t want to count the Galaxy Tab 7.7 from 2011.) The original Galaxy Tab S was a nice device overall, but how does […]

Samsung announced the Galaxy S6 and S6 edge at MWC 2015 on March 1st but brought them to the world market in April. The Galaxy S6 Active has now arrived at AT&T exclusively, and the Galaxy S6 edge Plus has a name filing and is on the way, along with the Galaxy A8, which will […]

According to a new report T-Mobile will soon launch a new promotion for folks in the United States who would like to purchase Samsung’s mobile devices, the carrier will entice users with $100 who purchase a Samsung smartphone and tablet together. Those who purchase the qualifying smartphones and tablets together from T-Mobile they will receive […]

Verizon customers, today is the day. April 1st has come, and, no joking here, the Galaxy S6 and S6 edge are available for pre-order. New information pouring in from Verizon sweetens the deal for those looking for the “six appeal” devices that have won the hearts of tech analysts and consumers alike. From its own […]

A week after updating the Wi-Fi variant of the Galaxy Tab S 10.5 to Android 5.0, Samsung is pushing out the update to the LTE model of its largest tablet with a Super AMOLED display. Sporting build number T805XXU1BOCC, the update is seeding to a handful of countries in Europe, and is based on Android 5.0.2 […]

We saw the Galaxy Tab S being showcased running Lollipop at MWC earlier this month, and Samsung has now started pushing out the update to the 10.5-inch variant of its Super AMOLED display-toting tablet. Based on Android 5.0.2, the update is rolling out in numerous regions – it is currently live in the US, Canada, and […]

We gave our readers an exclusive preview of Android 5.0 Lollipop running on the Galaxy Tab S earlier this month, and it seems Samsung is now offering an official preview of the same to those who are visiting MWC. We came across the Galaxy Tab S tablets on display at the event, and both the […]