If you feel like Samsung launches a new Galaxy M series smartphone every day, you aren’t wrong. While the actual frequency isn’t that high, Samsung has brought quite a few new Galaxy M handsets to the market this year. Six, to be exact, with the Galaxy M51 being the latest addition to the constantly-expanding lineup and also the most expensive yet.

The headline feature of the Galaxy M51 is no doubt the 7,000 mAh battery sitting under the hood, but that’s not all. The Galaxy M31s was a repurposed Galaxy A51 with a few upgraded specs thrown in and a lower price tag, and Samsung has taken the same formula and applied it to the Galaxy A71 (review) to come up with the Galaxy M51.

So, on paper, the Galaxy M51 is a fantastic proposition: You get a Snapdragon 730G processor, 6/8GB of RAM and 128GB of storage, a 6.7-inch Super AMOLED Plus display, 7,000 mAh battery with 25W super fast charging, a quad-camera setup with a 64MP main camera, and a 32MP front-facing camera. And you get all that for less money than the Galaxy A71, which is quite impressive.

We’ll have a full review of the Galaxy M51 in the coming days that tells you whether its spec sheet makes make it a worthwhile purchase, but since I’ve already been using the phone for a couple of days, I have some early impressions to share. 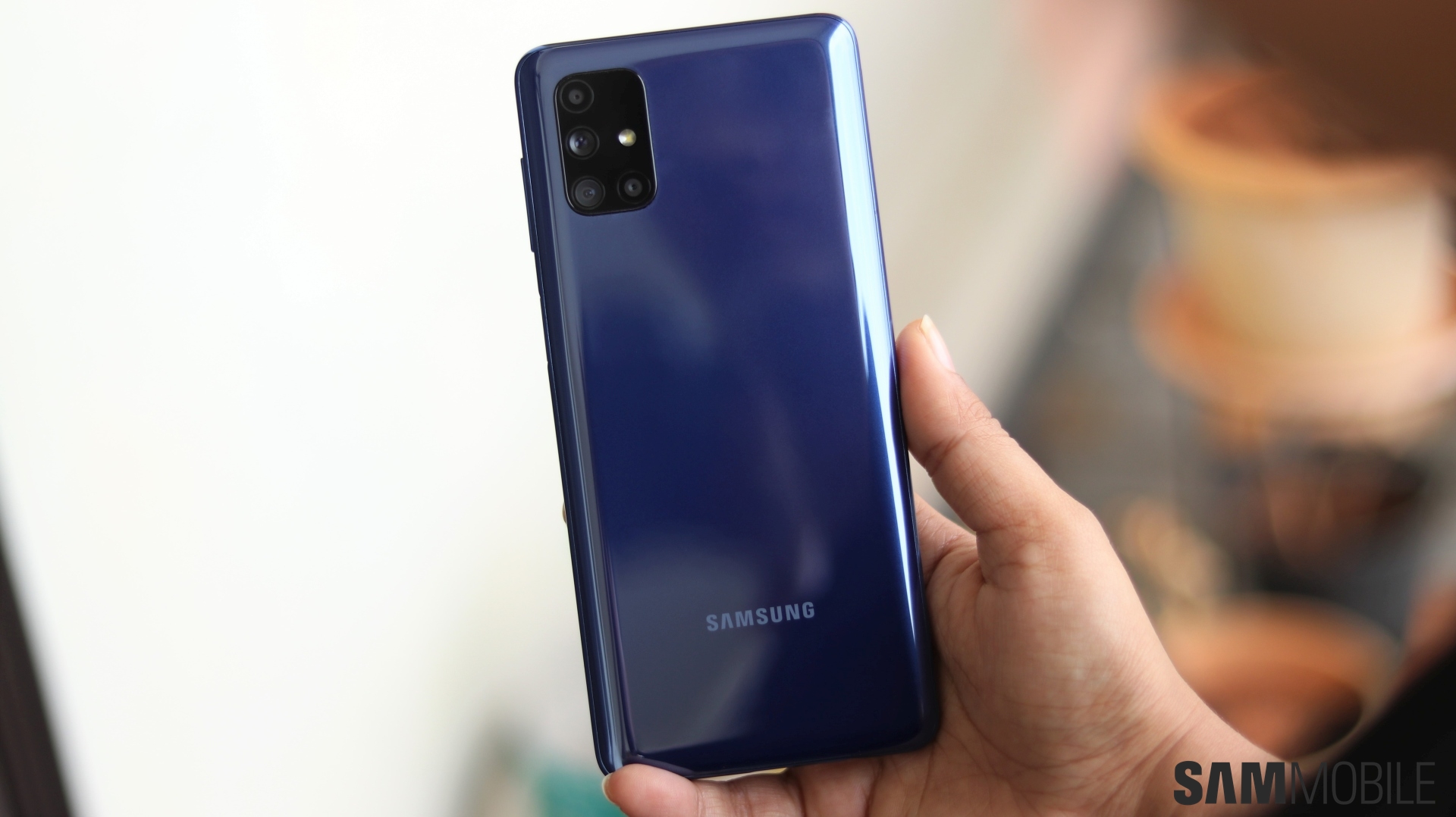 Let’s start with the battery. Battery life takes a while to settle down on every new phone, but when you have a 7,000 mAh cell running the show, amazing battery life can be experienced from day one. And that’s exactly what I’ve seen with the Galaxy M51, with idle drain in particular being impressively low. I also tested super fast charging – starting at 4%, the phone went up to 36%, 64%, and 87% in 30, 60, and 90 minutes respectively, which is pretty great given the battery capacity.

The Galaxy M51’s performance also feels a lot better than any previous Galaxy M handset, thanks to the fact that it’s powered by the Snapdragon 730G instead of the Exynos 9611. Well, last year’s Galaxy M40 had similar performance, but that phone had too much wrong with it to really matter. My unit has 8 gigs of RAM, but I’m sure the variant with 6GB RAM will do similarly well. However, since my time with the phone has been limited, I’ll only be able to offer a full performance report in our review. 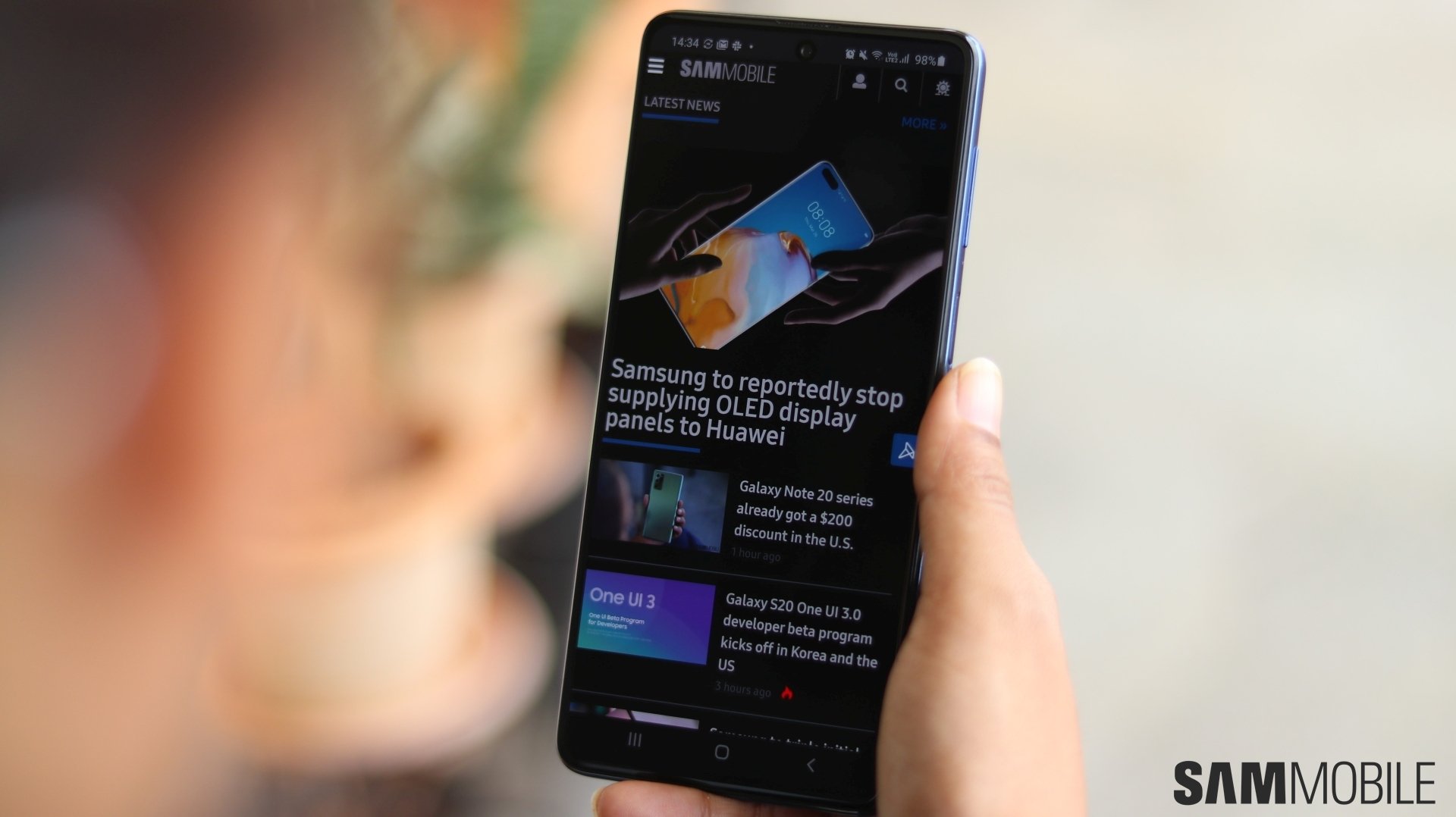 The same goes for other aspects of the phone, such as camera quality, though I have a feeling most of it is going to be similar to the Galaxy A71. For those wondering about the software, I can confirm that the phone runs One UI 2.1 Core instead of standard One UI 2.1, but Samsung has thankfully left features like the screen recorder in there. That said, considering the Galaxy M51 is launching after the Galaxy Note 20, it would have been nice to see it running One UI 2.5 (Core) out of the box.

Is there anything about the Galaxy M51 that you’d like to know? Leave your questions down in the comments, and I’ll try to include answers in my full review.