Here are some of the best Samsung Galaxy A53 features 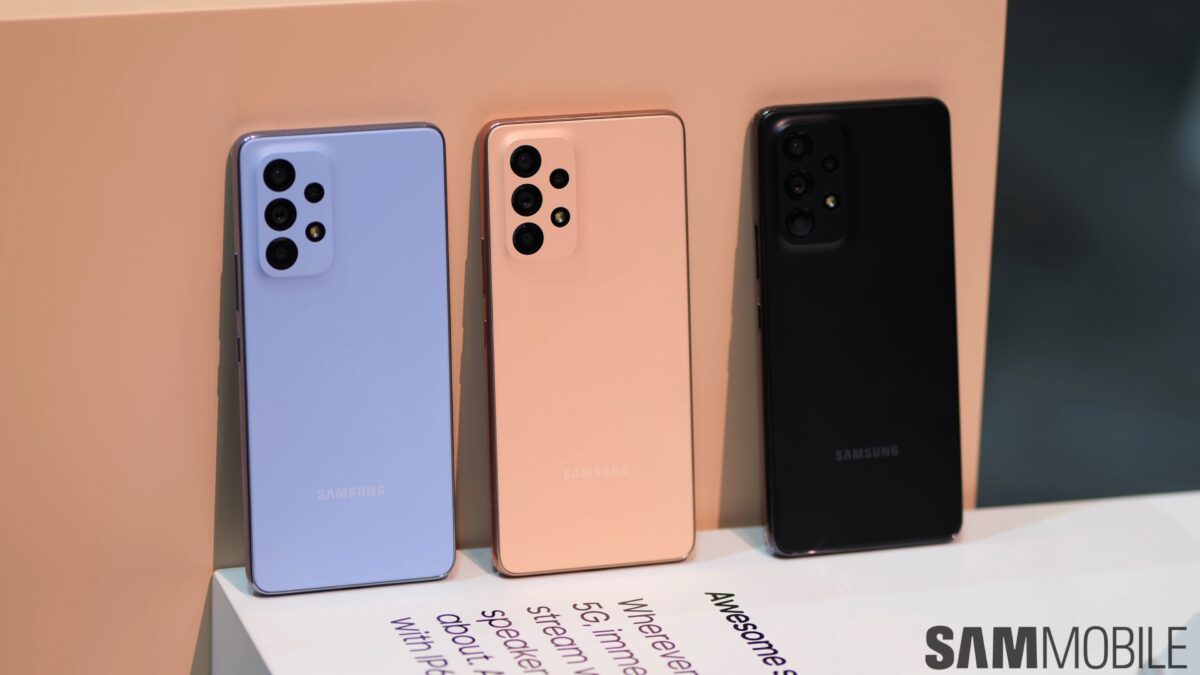 The Galaxy A5x has become one of Samsung’s most successful lines of smartphones. The Galaxy A52 and Galaxy A52s were fantastic, technically speaking, and helped keep the company’s market share in a healthy place last year. Now, Samsung is ready to give the mobile world a new model, unsurprisingly called the Galaxy A53. Here are some of its best features.

Samsung’s mid-range phones were already a step ahead of the competition last year after the company extended its firmware upgrade policy to include three major Android OS upgrades.

This year, Samsung has revised its policy again, and it now guarantees four Android OS upgrades and up to five years’ worth of security patches. And the good news for future Galaxy A53 owners is that the phone is eligible for this extended four-year upgrade policy.

As for the day-one experience, it couldn’t be better. The Galaxy A53 will ship with Android 12 and One UI 4.1, which means that, eventually, the device will run Android 16 a few years after its debut.

Like last year’s models, the Galaxy A53 blurs the line between the mid-range and flagship segments thanks to its water-resistant build.

The Galaxy A53 has an IP67 rating, meaning it was tested for submersion in up to 1 meter of freshwater for up to 30 minutes. It’s not waterproof per se, but it can easily survive a splash or quick dip in freshwater.

The phone has Gorilla Glass 5 display protection, and if it’s anything like last year’s models, it should feature a metal frame.

Powered by a new 5nm chipset with enhanced camera features

Samsung’s new mid-range hero phone relies on a new 5nm octa-core chipset. The company has yet to reveal the exact brand and type of SoC that the Galaxy A53 uses — officially — but benchmarks suggest it’s the Exynos 1280.

The new 5nm solution should be more energy-efficient than the previous 8nm SoC and help improve battery life on a single charge. At least, in theory.

More importantly, the new chipset brings AI-powered camera features to the Galaxy A53, such as improved Night mode, better performance in low-light conditions with less noise, an enhanced Portrait mode, and a Fun mode.

Features like Photo Remaster and Object Eraser are also available for the Galaxy A53 out of the box, making it a great choice for mobile photography enthusiasts that may not feel inclined to spend upwards of $1,000 on a flagship phone.

Although it’s a bit of a shame that the Galaxy A53 doesn’t ship with a wall charger in the box, the fact remains that its 5,000mAh battery takes advantage of 25W Super-Fast Charging, and it’s a fantastic combo. Most users will find 25W to be enough for the generous 5,000mAh battery, and that’s thanks to Samsung’s superior fast charging technology.

Another feature that’s worth noting is expandable storage. It’s not anything new, but the fact that it remains an option for the Galaxy A53 is worth a mention. Samsung has been doing away with removable storage in its pricier phones, and it’s nice to see that the Galaxy A53 doesn’t borrow every flagship characteristic.

The Galaxy A53 is one of the most affordable phones to feature a 120Hz display. Specifically, it’s a 6.5-inch AMOLED panel with FHD+ resolution and an Infinity-O design.

Most cost-effective devices are limited to 60Hz or 90Hz at most, but the Galaxy A53 raises the bar higher or at least maintains it to the level set by the Galaxy A52 last year. In practical terms, a 120Hz display will make animations look smoother and give you an advantage in competitive online games, assuming they can output 120 frames per second.

These are some of our favorite Galaxy A53 features, but what are yours? Feel free to join us in the comment section.