Samsung makes some of the best mobile displays in the world. The AMOLED panels on Samsung smartphones is one of the reasons why many users buy their products. However, Samsung mobile displays are not without their share of problems and complaints. Overly saturated colors are one of the most common complaints associated with Samsung’s AMOLED displays.

On various forums online, some Galaxy S9 owners are reporting color banding issues on their brand-new smartphones with dark/black images. Also termed as the black crush, the problem refers to a phenomenon where the screen has issues displaying shades of dark accurately, resulting in a grainy or a pixelated picture with blocks of black. The black crush effect should be apparent while watching dark images or videos as details are lost similar to a heavily compressed file. 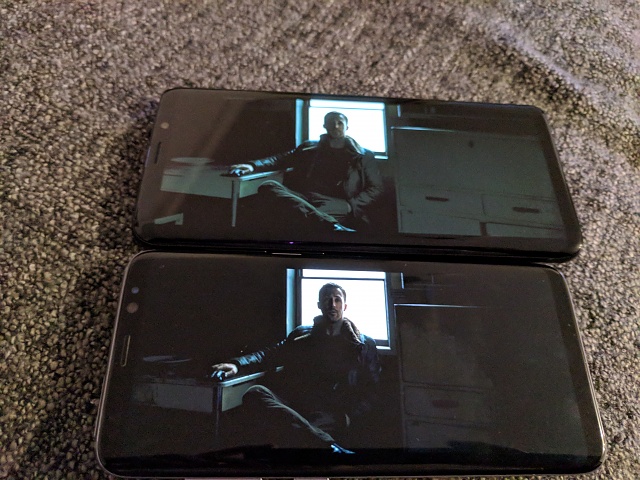 This is not exactly a new problem as many users have complained about this on the previous generation devices as well. So, either it’s a difficult problem to solve for Samsung or the issue is limited to only a small section of faulty devices. Currently, it is not clear how widespread this issue is. Samsung has not commented on the issue so far, though we’ve asked for a statement from the company and will update this story as soon as we get one.

Have you faced a similar issue on your Galaxy S9 or S9+?