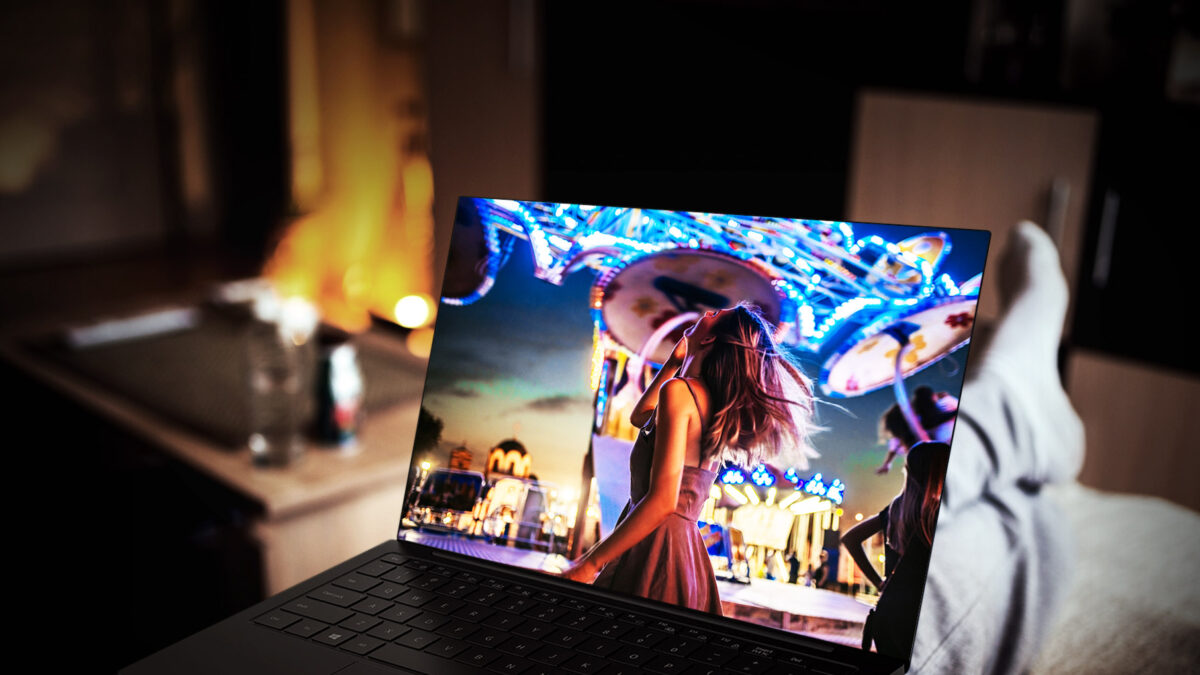 Samsung is the world’s leader when it comes to producing premium displays. Adding another feather to its cap, Samsung announced that its OLED displays for laptops have received the “Halo Free” verification from the global safety science leader, UL. Samsung’s laptop OLED display received this certification because of its glare-free and sharp picture quality characteristics.

The “halo” effect appears on OLED displays when the outline of the bright subject in an image with sharp contrast appears white. This is because an LCD display, even with local dimming set to on, cannot adjust the backlight brightness of the edges. Moreover, LCDs are not known to produce deep blacks.

Samsung has the best laptop OLED panels in the business

So, because the light is controlled by zone and not by pixels, light leaking might occur, ultimately causing dimmed areas to appear hazy, thus creating the ‘halo’ effect. According to Samsung’s internal evaluation, its self-luminous OLED displays showed a halation (which is a light-blurring degree) of 0.00% even when observed from 45 and 60-degree viewing angles. Thus, making the Samsung OLED display “halo free”.

This is far from the only certification that Samsung’s laptop OLED displays have received. Last month, they picked up the Eye Care Display Certification from SGS.

It signified that these displays have low emissions of blue light that can be harmful to our eyes. When compared to conventional LCD panels, Samsung’s OLED panels for laptops emit almost a third less blue light, which is incredible.