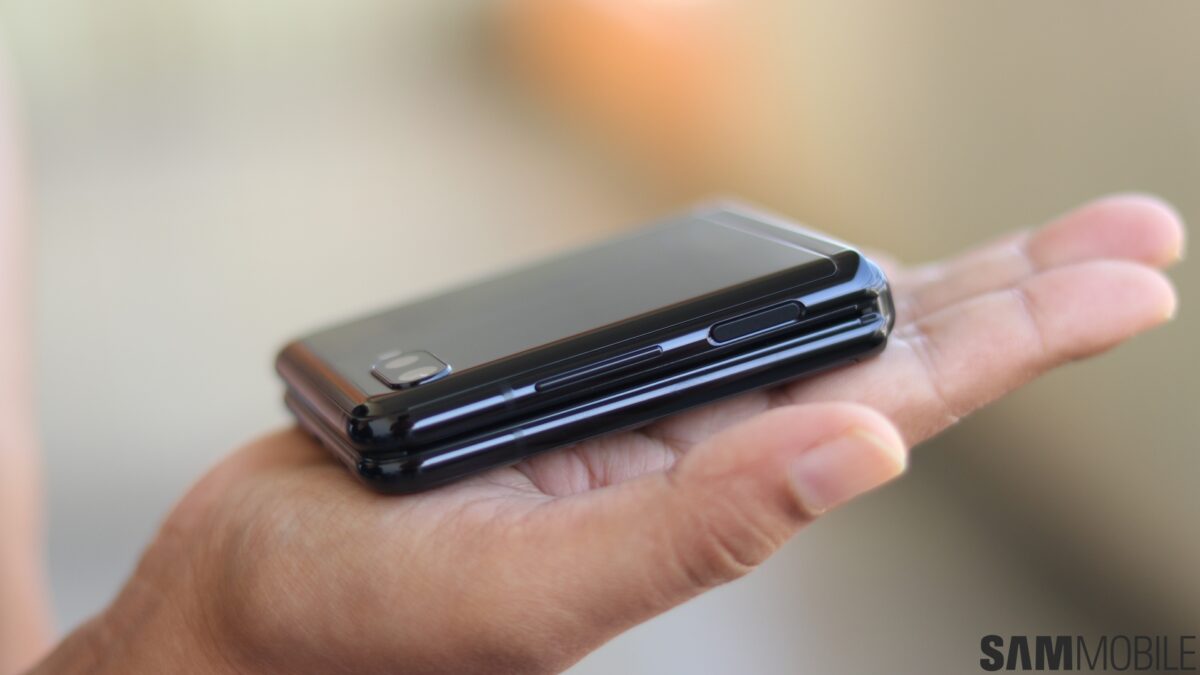 Samsung’s already thinking about ways to evolve the flip form factor utilized by its second foldable smartphone, the Galaxy Z Flip. A newly filed patent from the company reveals a user interface devised to take advantage of a somewhat similar device, albeit one whose screen extends to cover about half its rear side, consequently covering approximately 75% of its total surface.

When folded, the third of such a handset’s display panel visible from the outside would serve as a secondary display of sorts.

The documentation Samsung filed with its home country’s IP authority, KIPRIS, describes possible methods of providing a seamless software experience when using such a next-generation flip phone. More specifically, the company envisioned something akin to its established Edge Display technology which would allow users to glance notifications and set up shortcuts on the handset’s top edge – the section where its display does a 180-degree curve. In that way, foldables may eventually end up rejuvenating the original selling point of Samsung’s curved-screen devices which hasn’t been a large focus for the company in recent years. Finally, the conceptual interface would also allow seamless switching between folded and unfolded display modes by extending and condensing on-screen content as needed.

Samsung submitted the said patent for approval just two weeks ago, on March 30th, with the discovery hence providing topical insight into the product design direction its engineers are currently exploring. Naturally, that in no way guarantees this type of technology will ever be commercialized. It’s also worth pointing out the KIPRIS filing is solely focused on the UX aspect of such a theoretical device. In most respects, the greatest challenge in delivering this sort of a foldable smartphone experience wouldn’t be related to software, but hardware.

Whether the Galaxy Z Flip 2 ends up happening or not, Samsung’s third foldable Android smartphone isn’t expected to have anything to do with this newly discovered patent. Instead, the upcoming device should be a direct follow-up on last year’s Galaxy Fold.