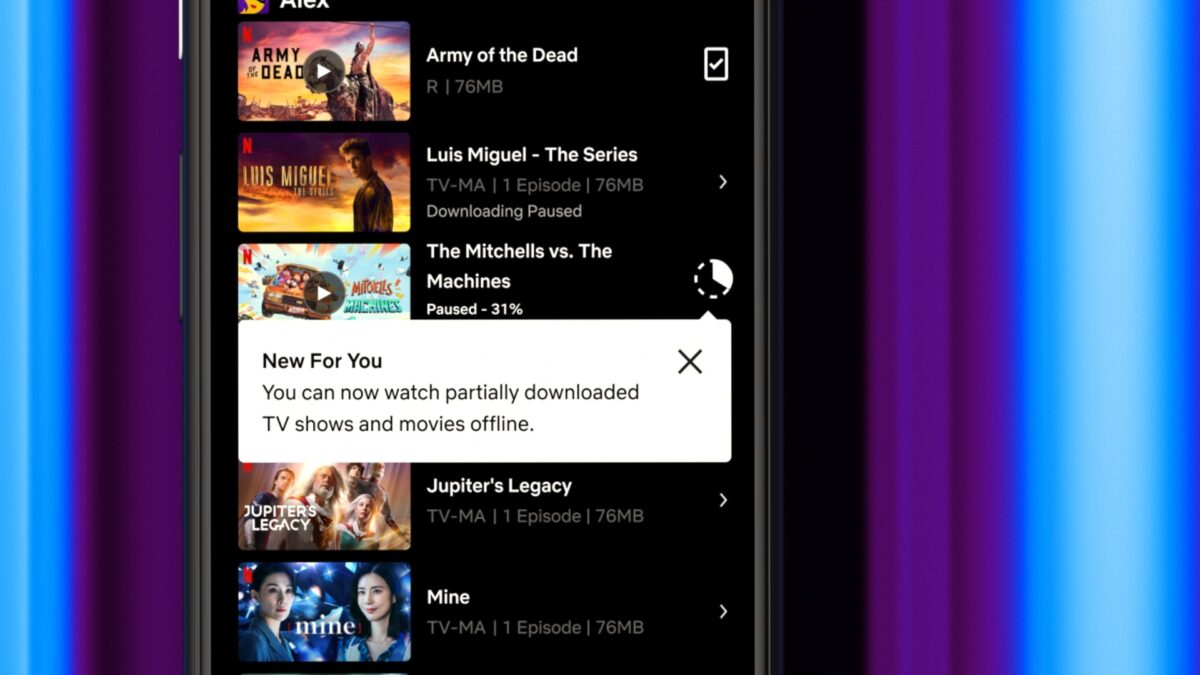 The latest feature addition to the Netflix Android app is a good reminder of why the American company is still the number one on-demand video platform – particularly on mobile. Or why Samsung should be taking notes, if you will. Namely, the newest version of Netflix that just hit the Play Store lets you play content that hasn’t finished downloading. The UX line of thinking that resulted in this functionality was to minimize user disappointment in cases when their Netflix-watching habits have them hit their monthly data cap or they simply lose Wi-Fi signal.

“Minimizing user disappointment” doesn’t sound half bad, especially from the perspective of someone who gave Samsung TV Plus a go more than once… or so we hear.

Not that Samsung TV Plus is competing with Netflix, but isn’t this feature a no-brainer?

Not that there can be any like-for-like comparisons between a premium streaming service and a free Internet TV offering, of course. But Samsung’s obviously vying to become a bigger player in the content space. And the best way to do that is – by improving one’s content, no? Not just content-wise, but also in terms of technical availability. In fact, the latter is the only fair comparison when it comes to sizing up Samsung TV Plus against a behemoth of a video platform like Netflix.

In any case, the new version of Netflix has been rolling out since yesterday. If you’re still running an older build which hasn’t auto-updated in the meantime, head over to the app’s Play Store page and you should be able to download it manually.

Want to kick off your friend from your Netflix account? Well, Netflix is gaining an important feature that lets users log out of specific devices remotely from any device. The feature is available on the web, iOS, and Android smartphones and is rolling out to all members worldwide. As per the official blog, Netflix users can log […]