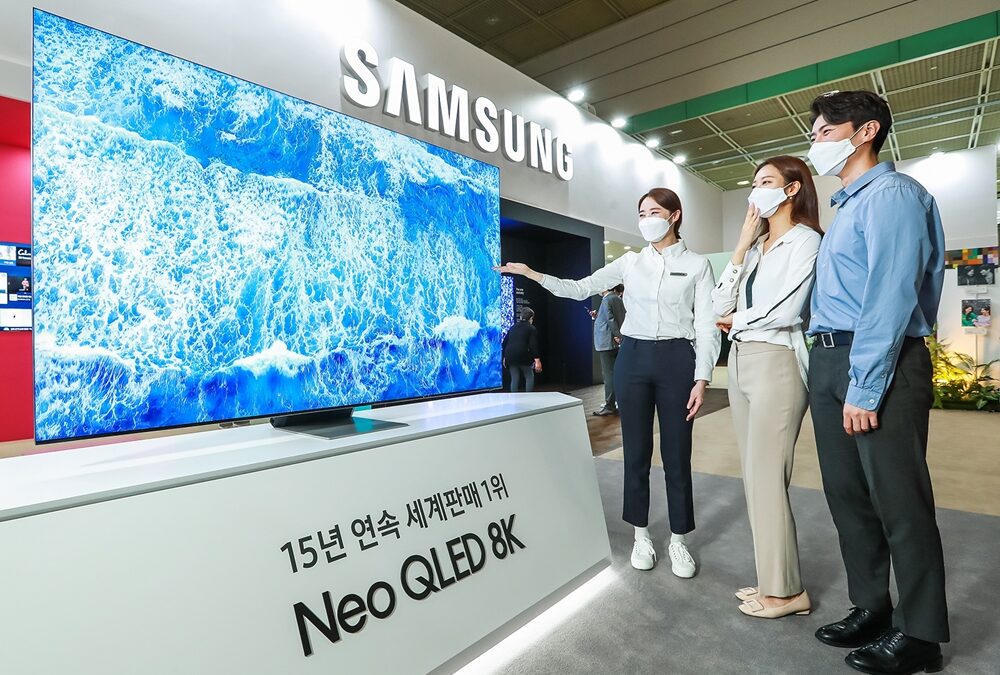 Samsung’s winning streak over the global TV market continued in the first quarter of the year, which is to be expected given that the company has been the world’s top TV manufacturer since 2006. It’s difficult to imagine that one of Samsung’s rivals could turn the tables in a single quarter, so if anyone can breaking any records, it’s going to be Samsung.

Indeed, the company did break its own sales revenue records in the January-March period, topping 32.9% of the global TV market. It’s the highest sales revenue percentage recorded by the company in the first quarter of any given year.

Samsung was followed by its neighbor, LG, who has secured 19.2% of global sales revenues in Q1 2021. Sony won the bronze medal with 8% of the market, according to market research firm Omdia via Business Standard.

By the end of Q1, Samsung was able to capture 46.6% of revenues from the premium TV market segment, which is characterized by smart TVs that are priced above $2,500. Once again, Samsung was followed by LG and Sony with 24.5% and 17.6% of global revenues, respectively. Samsung also led the 80-inch-or-larger TV segment with a market share of 52.4%.

The QLED TV segment experienced a hike of 74.3% year-on-year as global sales topped 2.68 million in Q1, and Samsung was by far the biggest player in this segment, having accounted for 2.01 million QLED TVs that were sold in the first quarter.