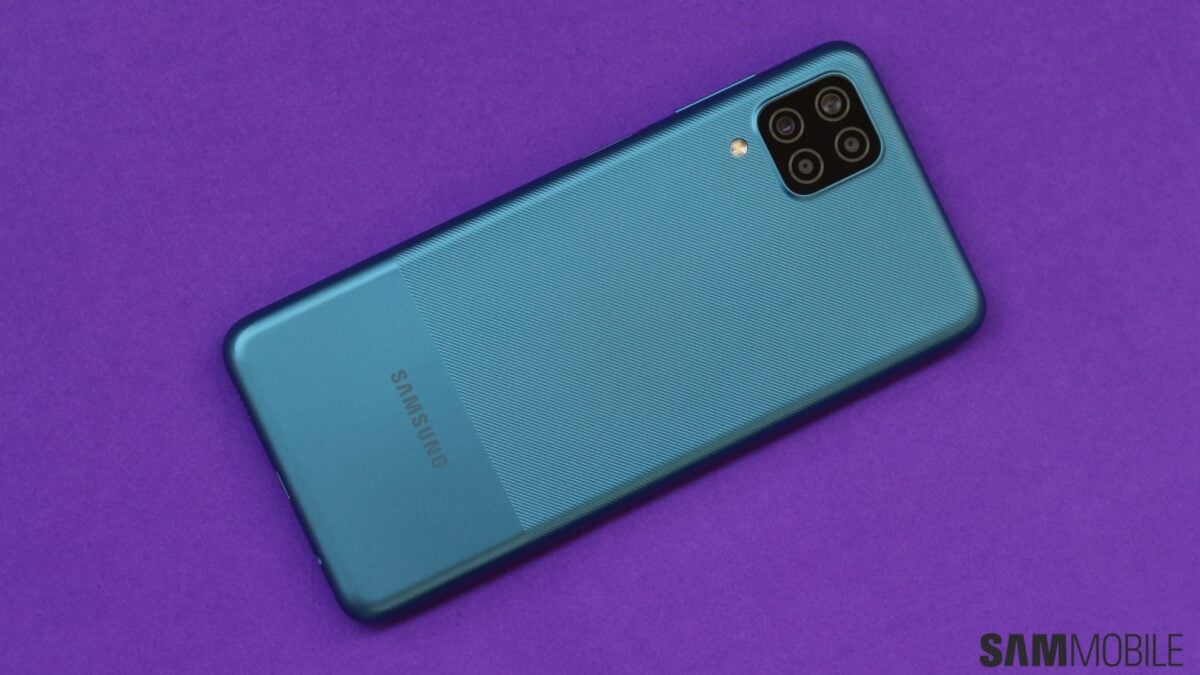 Samsung’s got yet another Galaxy M series phones in the works, if a new listing spotted on the Geekbench benchmark website is anything to go by. And this new phone looks set to be a rebadged version of another rumored and upcoming Galaxy phone, the Galaxy A22. Or, at the very least, these two phones share the same processor: MediaTek’s Helio G80, which also powers the Galaxy A32 and will also be seen in the Galaxy M32.

The new M series phone has the model number SM-M225FV, which suggests it will launch as the Galaxy M22. The Galaxy A22 will come in a 5G variant as well, but it remains to be seen if the same will be true for the Galaxy M22. For now, details on the M22 are scarce except for what the benchmark listing tells us: The benchmarked unit was running Android 11 and has 4GB of RAM. A variant with more RAM will likely be available as well, as the Galaxy A22 is also in the works with 6GB of RAM.

Of course, without any official information, it’s not a certainty that the Galaxy M22 and Galaxy A22 will be similar on all fronts. But if they are, then the Galaxy M22’s spec sheet won’t excite too many people, though an affordable price tag — and perhaps a big battery, which is a Galaxy M series staple — should make up for that. We’ll let you know once we know more about the Galaxy M22, so stay tuned. 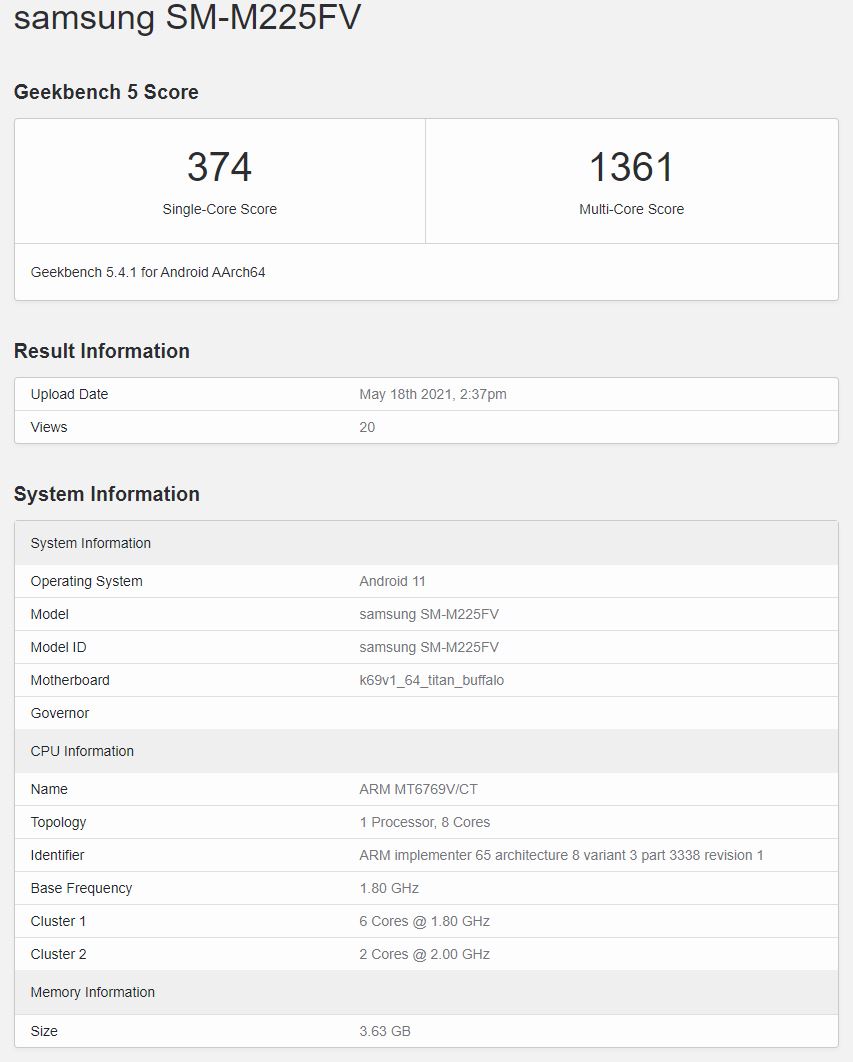 Countless Galaxy smartphone and tablet models run Android 12 as of this writing, and the number is only getting bigger. The latest smartphone to join the list is the Galaxy M22. The Android 12 and One UI 4.1 update is now available for the Galaxy M22 (SM-M225FV) in Saudi Arabia and UAE. The update carries […]

Samsung’s latest additions to its mid-range Galaxy smartphone lineup are slowly becoming available in more markets. After launching in Russia last week, Samsung announced the availability details for both the Galaxy M22 and Galaxy M52 5G in Spain. The two mid-range phones will enter a pre-order period from next week, and early adopters will benefit […]

Samsung is bringing its latest two Galaxy M smartphones to Russia. The Galaxy M22 and the Galaxy M52 5G have been officially announced in the country, and both phones are now available at Samsung’s online store. The phones will be picked up by partner retailers as well. The Galaxy M52 5G is launching in Russia […]

Samsung’s bringing affordable 90Hz to the Netherlands with Galaxy M22

The Galaxy M22 debuted in Germany last month, and of course, Samsung will eventually release its new low-cost phone to neighboring European countries. In fact, the company announced over the weekend that the Galaxy M22 is coming to the Netherlands this month for the suggested retail price of €239. More specifically, Samsung confirmed that the […]

After launching in Germany a couple of weeks back, the Galaxy M22 is now available for purchase across the pond in Brazil. Samsung’s offering the phone with 4GB of RAM and 128GB of storage in three color options: black, blue, and white. The Galaxy M22 in Brazil costs R$1,499, or the rough equivalent of $275. […]