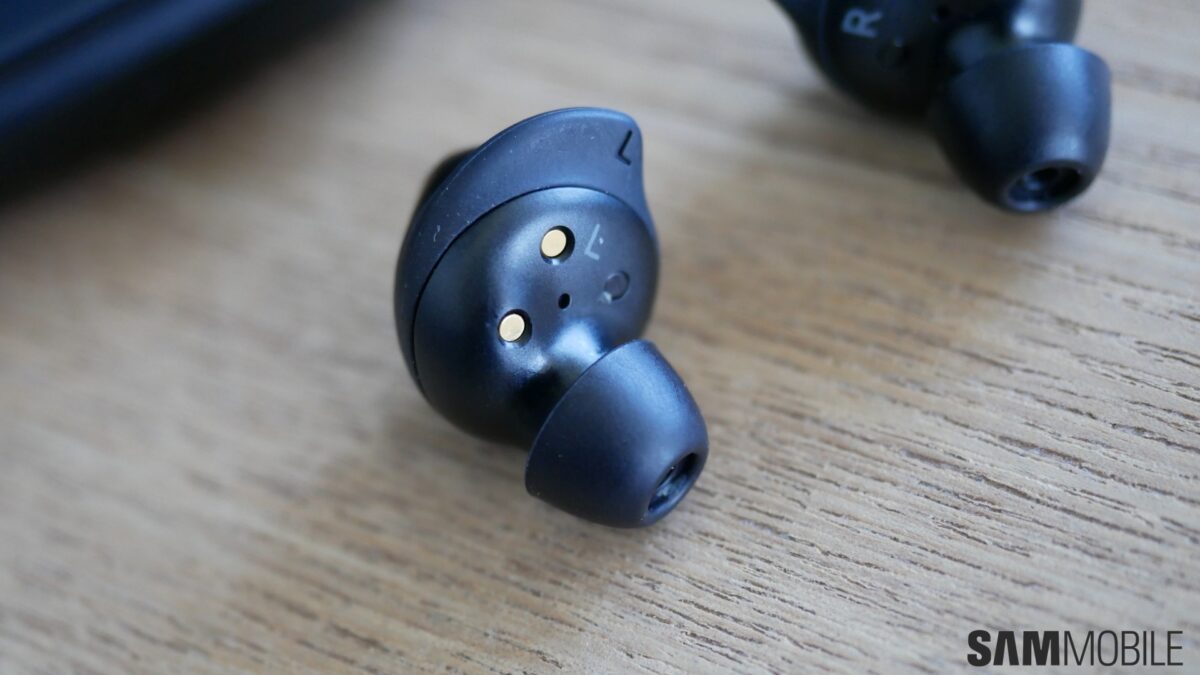 The first wearable device Samsung will launch in 2020 is likely to be the successor to the Galaxy Buds. The Galaxy Buds+, as they are set to be called, have been making numerous online appearances in recent weeks, and animations found in an updated version of Samsung’s SmartThings app had revealed that both the Buds+ (and their charging case) will have the same design as the Galaxy Buds. Now, a render of the Galaxy Buds+ leaked by 91Mobiles is providing us another look at the upcoming wireless earbuds.

The render shows the buds and the charging case in blue, which we had exclusively revealed as one of the color options the Buds+ will be available in. The render also reveals a slightly updated case – there seem to be physical L and R buttons below the case’s charging indication LED, and it’s possible pressing either of these buttons will show the charging status of the individual earbud. On the Galaxy Buds, the only way to check individual earbud battery level is through the Galaxy Wearable app on a connected smartphone.

Unfortunately, there’s still no solid information on what features we can expect from the Galaxy Buds+. Active noise cancellation is the most plausible suspect, as Samsung would probably want to take the fight to the Apple AirPods Pro, but everything is speculation at this time. Hopefully, some useful details will show up as we move closer to the official unveiling of the Galaxy Buds+, which is expected to take place at the same event where the Galaxy S11/S20 and the Galaxy Fold 2 will be announced. 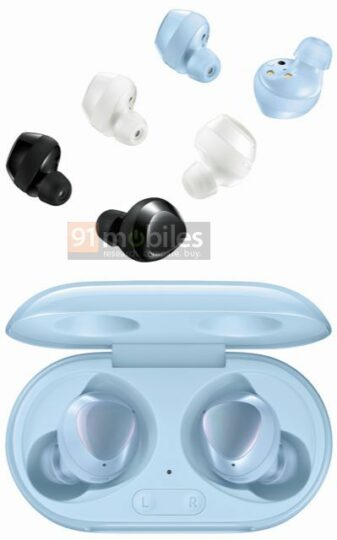