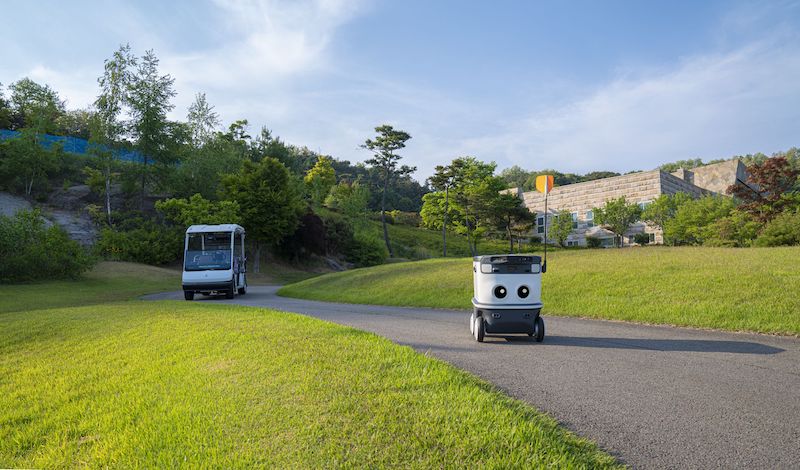 The companies hope that by bringing smart technologies to golf courses in South Korea, they will attract younger golf enthusiasts and make the sport more appealing to wider audiences. The self-driving Neubie robot was tested by Neubility in March, determining that the autonomous four-wheeled delivery vehicle can navigate a variety of terrains, from narrow or curved paths to steep inclines. (via IoTWorldToday)

The little engine that could

Samsung Welstory and Neubility expect to start commercializing the self-driving Neubie robot in October. Neubility reportedly plans to roll out more than 200 delivery robots by the end of the year, but the exact number of robots employed by Samsung for golf courses is unknown. Nevertheless, Neubie has several use cases, and after the initial batch gets commercialized, the self-driving robot could find new roles across the retail and corporate environments.

As to what the Neubie robot looks like, it’s similar to an oversized delivery backpack with wheels and LED “eyes” that can have different expressions. It doesn’t look threatening in any way, and that was probably by design. Check out the video below, as it shows these little robotic fellows roaming around and navigating their way through the world.