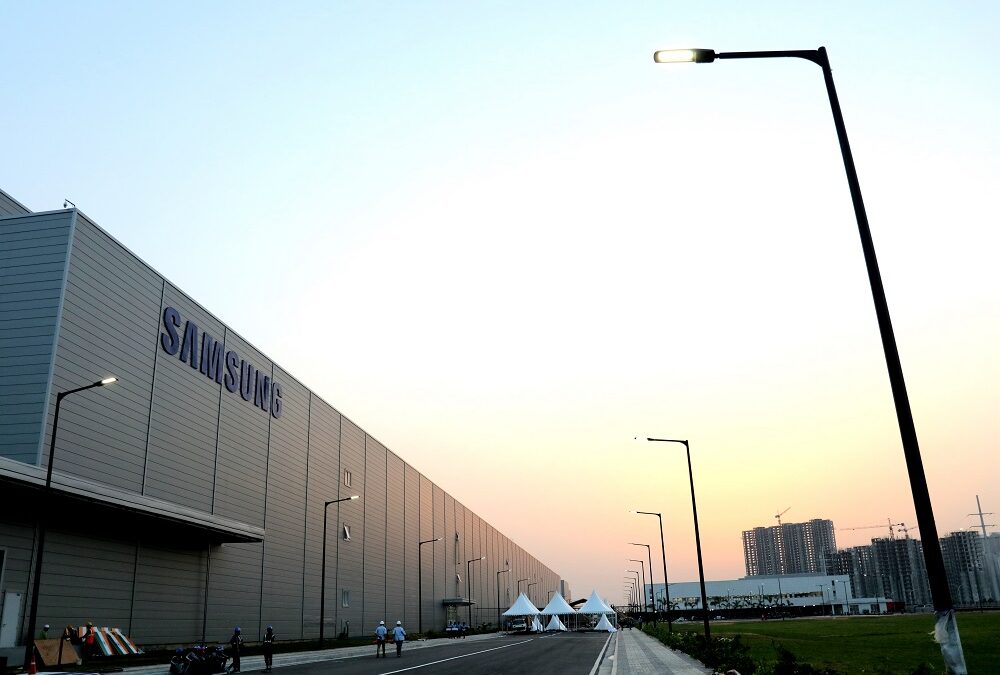 It was first reported almost nine months ago that Samsung Display could establish a factory for manufacturing smartphone displays in India. The company had signed a memorandum of understanding with the state government at the time, with reports suggesting that the plant could become operational by April 2020.

Regulatory filings have now revealed that Samsung Display has got the ball rolling on the project. The South Korean conglomerate is investing approximately $500 million into the plant which will be located in Noida, that’s also where Samsung has built its largest smartphone manufacturing facility in the world.

Samsung India Electronics, the local entity of Samsung, has transferred a plot to Samsung Display in the existing plant area in Noida. It has also given a loan of almost $500 million to its sister company in order to meet the working capital and building costs. Samsung Display Noida has been incorporated “with the principal business of manufacturing, assembling, processing and sales of displays (including their parts, components and accessories) for all types and sizes of electronic devices.”

This manufacturing plant will initially produce display panels for smartphones. However, industry insiders expect that production at the plant would later be expanded to displays for laptops and TVs as well. That’s likely going to happen once the plant achieves scale and Samsung Display Noida also starts selling components to other brands like Samsung already does elsewhere. While it may not happen by April, the first phase of production at this plant is expected to begin within the year.

This fresh investment underscores the importance that Samsung attaches to the Indian market. It already has plans to double smartphone production to almost 120 million units per year at the Noida factory. Establishing a display plant at the same location would further add to Samsung’s economies of scale. It will secure local supply for one of the most expensive components of a smartphone and eliminate the need to import panels, thus avoiding duties, taxes and other charges.

We may also see Samsung manufacture other components in India. Samsung SDI, the division that makes batteries for its smartphones, is expected to set up a manufacturing plant for lithium-ion batteries in the country.

This will not only enable Samsung to bring devices to market much faster in India but also become more cost-effective. With India being a very price-sensitive market, any edge that Samsung can get over its rivals on the price will end up paying dividends in the long run.