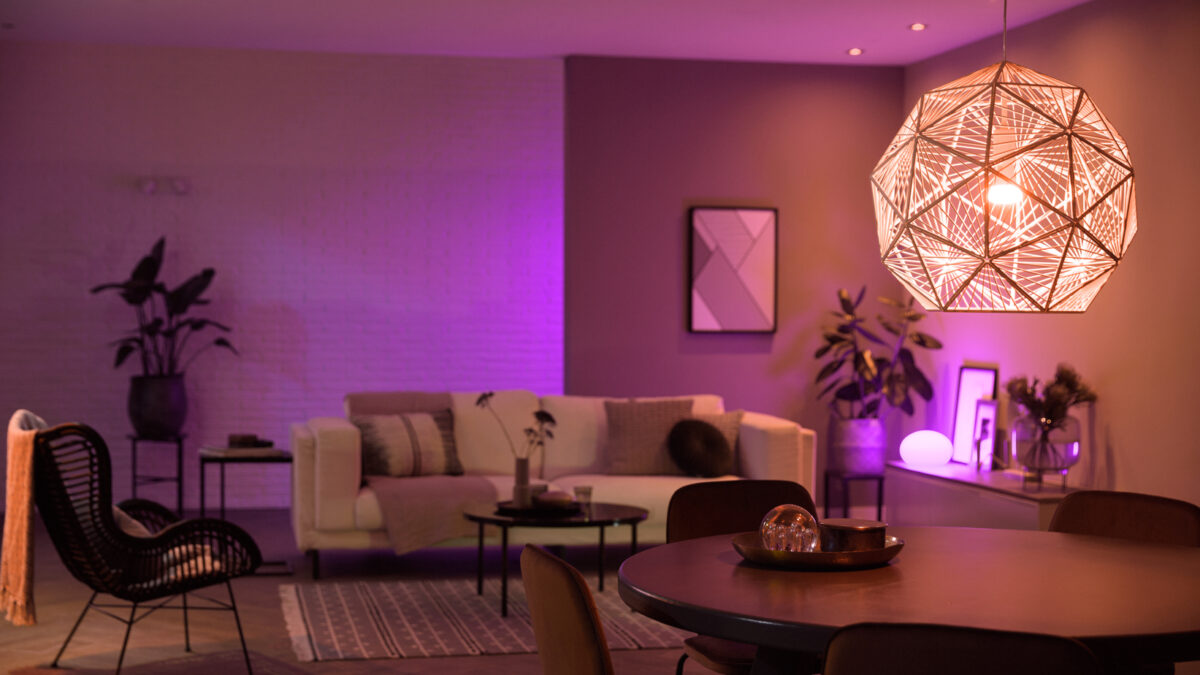 Some readers might recall our exclusive report dating back to July about Philips Hue and Samsung SmartThings getting better integration and a new Music Sync feature. Well, the moment of truth is almost here. Today at IFA 2022 in Berlin, Philips announced that the Music Sync feature for Hue lights is planned to go live for SmartThings users and Galaxy device customers in the coming months.

The Samsung SmartThings platform will get Philips Hue Music Sync integration through a software update planned to go live in Q4 2022. According to the company, Music Sync isn’t limited to Spotify or any other app dedicated to music streaming. It doesn’t integrate with music apps in a way that would require APIs and special updates for each app. Instead, it works with any audio sources by analyzing the audio output and syncing Philips Hue lights to the beat. (via Android Authority)

Philips Hue Music Sync — Metadata analysis versus transients. How will it work?

There are two main methods through which a lighting system like Philips Hue can synchronize with music playback. Firstly, there’s the method previously used for integrating Spotify with Philips Hue, which requires playlist and song metadata in order for the lighting system to know when and how to sync to the beat.

The other method is the one used by Philips Hue for this future SmartThings update. Once the feature goes live, the app will look for transients — abrupt changes in volume levels — to determine the beat of a song and synchronize with it.

Although the second method might not be as accurate as the first, the benefit of using the former for audio syncing is that it doesn’t require apps to support Philips Hue or SmartThings. It allows Philips Hue lights to sync with virtually any audio source and can do so with any type of audio, not just music. With this future SmartThings update, the Philips Hue lighting system can synchronize with and react to audio from a PC, a gaming console, and even voice calls on your phone.

Philips didn’t reveal exactly when Music Sync will be released for Samsung SmartThings, but Q4 is just around the corner. We’ll keep you posted as soon as we find out more.