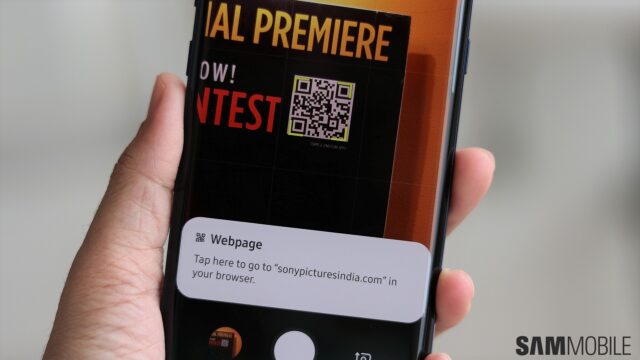 Samsung has brought the new QR code scanner that it introduced to the Galaxy S10, Galaxy S9 and Galaxy Note 9 to the Galaxy Note 8 with the June security update in some markets. The Galaxy Note 8 first received an update with the June 2019 security patch nearly two weeks ago, and Samsung has now released a newer build in some countries. The former came with software version N950FXXS6DSF2 and the latter comes with software version N950FXXU6DSF6.

Starting with the Galaxy S8, Samsung’s flagship phones have had the ability to scan QR codes using Bixby Vision in the camera app, but the company has now made QR code scanning a separate feature. You can simply open the camera app and point it at a QR code to “add contacts, open webpages, add calendar events, and more,” as Samsung puts it. It works great in practice, although it may not be enabled automatically once the update has been installed. However, that can be fixed by opening the camera settings and turning on the Scan QR codes option.

At this time, the new June security update is rolling out in a few European countries including Germany and the Netherlands. With the month of July kicking off today, it’s possible some countries will get the QR code scanner with the update that brings the July security patch. The Galaxy S8 and Galaxy S8+ should be getting the feature with the next software update as well, and we’ll let you know once that update starts rolling out.

If you own a Galaxy Note 8, you can check for the update by opening the Settings app, selecting Software update, then selecting the Download and install option. You might have to do that a couple of times if the update doesn’t immediately show up. If you don’t want to wait, you can upgrade your device by downloading the firmware for the new update from our database. 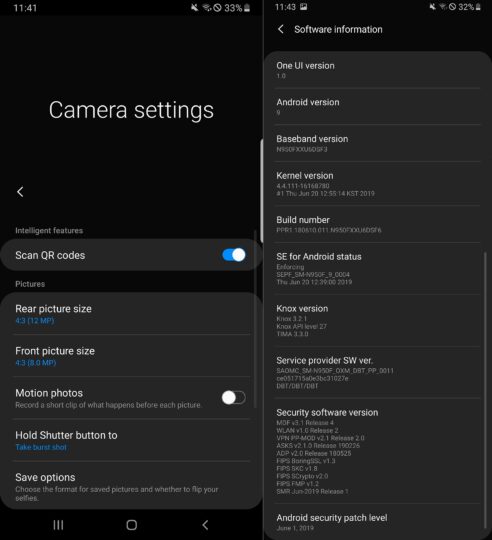