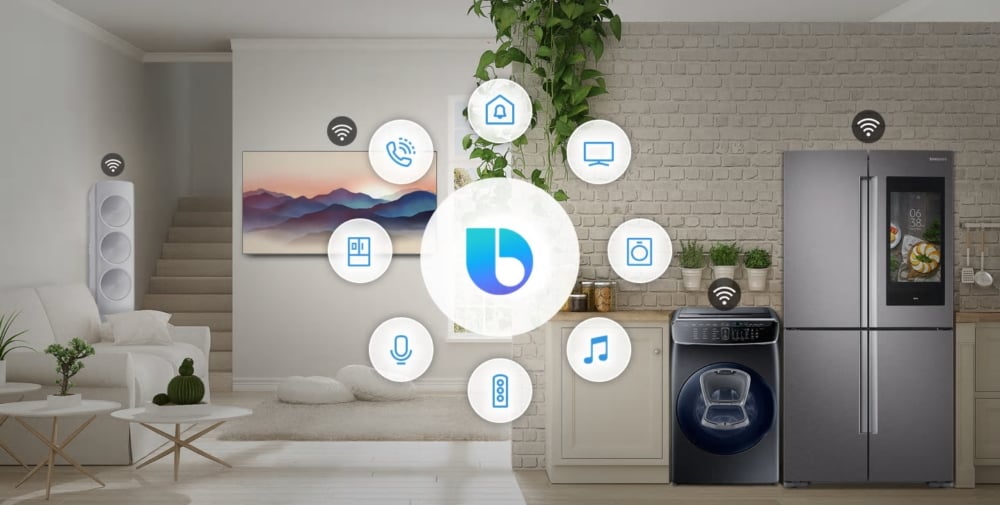 Bixby is Samsung’s AI-powered virtual assistant that made its debut on the Galaxy S8/S8+ two years back. Since then, it has gradually become a staple feature in most Galaxy smartphones and even expanded to other product categories such as wearables, tablets, smart TVs, select refrigerators, and more from the company.

Though Bixby is still nowhere as good as the Google Assistant or Amazon’s Alexa, Samsung has made some progress in the last couple of years. The company made Bixby available in more regions and languages along with bringing it to more Samsung devices. It also introduced the Bixby Developer Studio to allow third-party developers to create Bixby capsules and then launched the Bixby Marketplace for users to download these capsules.

At the ongoing Samsung Developer Conference in San Jose, the Korean company announced new Bixby tools and enhancements to attract more developers. Primary among these is the introduction of Bixby Templates to enable developers to create new capsules easily by simply choosing from a variety of templates available in the Bixby Developer Studio rather than creating everything from scratch.

Samsung is making the discovery of capsules easier as well through Natural Language Categories, allowing users to search and access capsules without invoking the exact capsule name. In addition to all of this, Bixby Marketplace will expand to devices beyond smartphones beginning next year. To help developers create capsules with consistent user interface designs across all its Bixby-powered devices, the company is introducing a new Bixby Views function in the Bixby Developer Studio.

It’s clear Samsung is putting a lot of efforts into Bixby, but there is still a long way to go before it turns into a successful AI platform. You can check the company’s infographic below to trace the evolution of Bixby so far.

Samsung has announced the winners of the Mobile Design Competition at SDC 2019. The competition was first revealed in June and it’s the product of a collaboration between Samsung and design magazine Deezen. Over the past few months, contestants have had a chance to submit designs to one of two categories labeled Next Mobile Wallpaper […]

Samsung has brought the Galaxy Tab Active Pro to SDC 2019 in San Jose, marking the rugged tablet’s official release in the United States. The Wi-Fi-only variant is now available for purchase in the US through Samsung’s partner retail channels, while the LTE model will launch on November 15. US market gets a new rugged […]

We reported three weeks ago that Samsung had applied for a trademark on “Samsung Daily.” The filing was a little light on details but it seemed that this would likely be for a newsfeed app for the company’s mobile devices. That’s exactly what it is. Samsung officially unveiled Samsung Daily at its annual developer conference […]

Hands-on with the Galaxy Book Flex and Ion: A return to form

Samsung shook up its notebook lineup today with the Galaxy Book Flex and the Galaxy Book Ion. The new models are meant as replacements for the Samsung Notebook 9 Pen and Notebook 9. Samsung has made some significant changes to these models. The internal shake up was to be expected. What truly shows that this […]