Not that there was much left to be unveiled at Unpacked on August 7, but Samsung has finally launched its new flagship smartphone officially. This is the first time that a new Galaxy Note flagship comes in two different sizes. Samsung told us the idea behind splitting the series into two models and you may want to understand its philosophy before deciding which of the two models you should go for.

The company waxed lyrical about how remote working is now the preferred way of working for more people as they shun a conventional 9 to 5 arrangement. They prefer working remotely as it allows them to balance their professional commitments with their passions and achieve a better work-life balance. It’s looking to tap into that subset of users with the Galaxy Note 10 as this series has always focused on catering to pro users. The Galaxy Note 10 isn’t all work and no play — it also offers plenty of features that let users explore their creativity and pursue their passions.

Smaller Galaxy Note 10 is for newcomers

That’s the general idea of it, but did that warrant two models? Samsung’s explanation here is that it’s looking to target customers who have never used a Galaxy Note before with the smaller, 6.3-inch Galaxy Note 10. There’s a solid chance that existing Note fans will go for the 6.8-inch Galaxy Note 10+. They’d prefer it for the larger display and bigger battery since they’re already well accustomed to all of the other functionality offered by a Note device. Customers upgrading to a Galaxy Note from a different Samsung device or from another manufacturer altogether may require some time in getting familiar with the Note’s intricacies.

There’s not much lacking on the Galaxy Note 10 compared to the larger model as far as functionality is concerned. You get the same primary camera system, with the exception of the ToF sensor, the same S Pen features, software experience and firmware support. So this is where the price comes into play. At $—, the Galaxy Note 10 provides a cheaper point of entry into Samsung’s phablet lineup, even though at this price the device couldn’t remotely be considered cheap. It’s appropriately priced as you’d expect from a flagship device in 2019 but you end up saving a couple of dollars compared to the Galaxy Note 10+.

That just might be the impetus that some customers need to consider a shift to the Galaxy Note series. The lower price tag coupled with the smaller display and the more compact design might just bring over more people and Samsung’s strategy will have paid off. There are some limitations, though, which could convince even new customers to either go with the Galaxy Note 10+ or not buy a Galaxy Note 10 altogether.

No microSD slot, not-so-big battery are limitations to consider 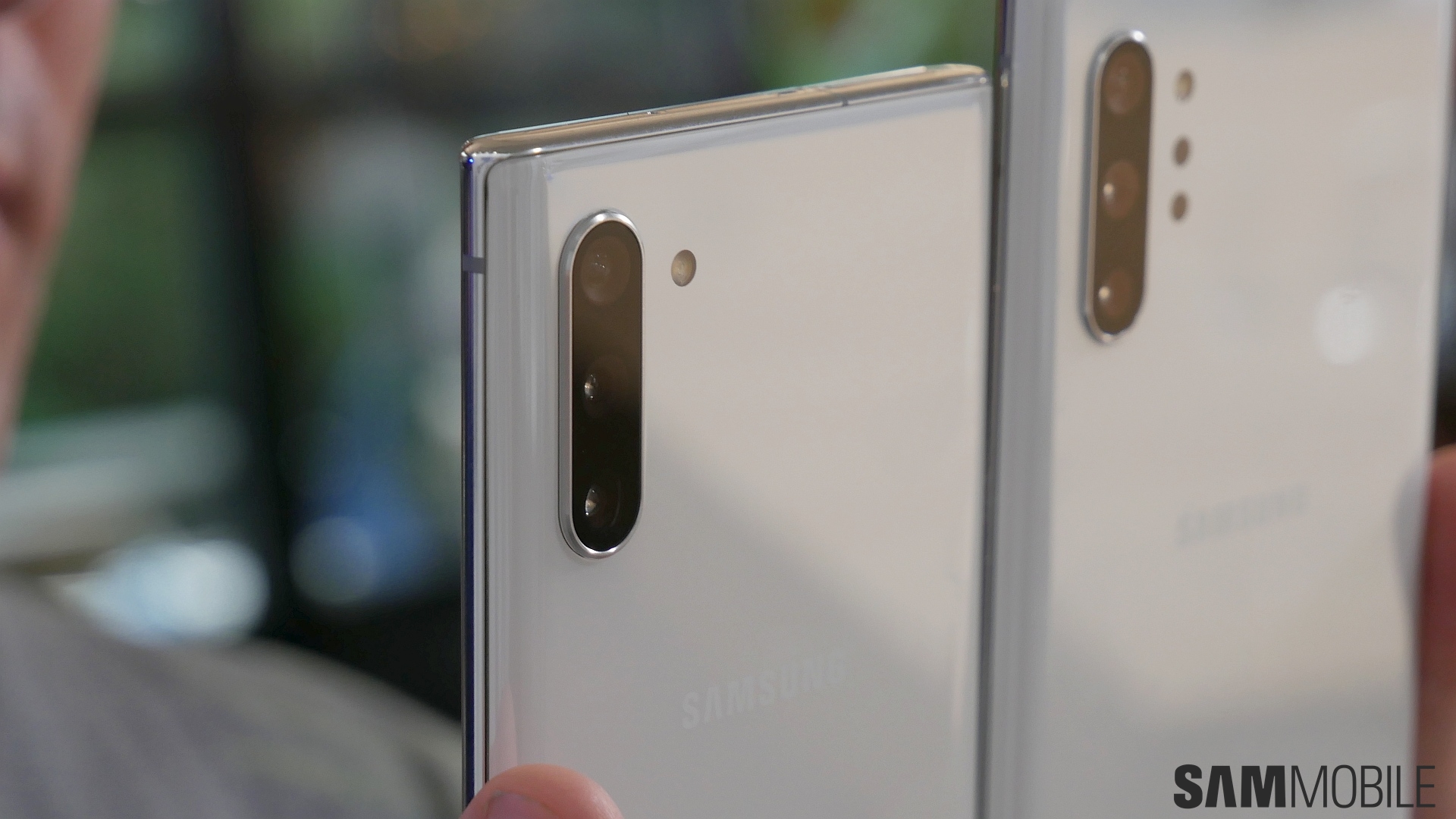 The lack of a microSD card on the smaller model sticks out like a sore thumb. Samsung is only offering it on the Galaxy Note 10+. Despite the base model having 256GB of internal storage, many will not like the limitation, even if they never fully use the internal storage. A smaller 3,500mAh is a consequence of its petite frame as well. That number alone might give some customers cause to reconsider buying the Galaxy Note 10 even though Samsung promises all-day battery life.

As long as you’re the customer who knows if the Galaxy Note 10 will suit your lifestyle, then the smaller model is going to be a perfect fit. It’s for customers who know that they won’t really need space on the device beyond the internal storage and even if they did, they’re perfectly fine with storing stuff in the cloud. Those who know that the 3,500mAh battery will be more than enough for how they use their phone throughout the entire day. It’s also a perfect fit for those who want to experience the Galaxy Note series for the first time. It’s much less imposing — and dare we say daunting — than the larger model, and yet offers functionality that’s at par with its sibling.

Be absolutely sure of what you want to get out of the device before you decide to get the Galaxy Note 10. Once you’ve made a conscious decision to buy it, there’s little reason to believe that it won’t feel like one of the best devices you’ve ever owned.